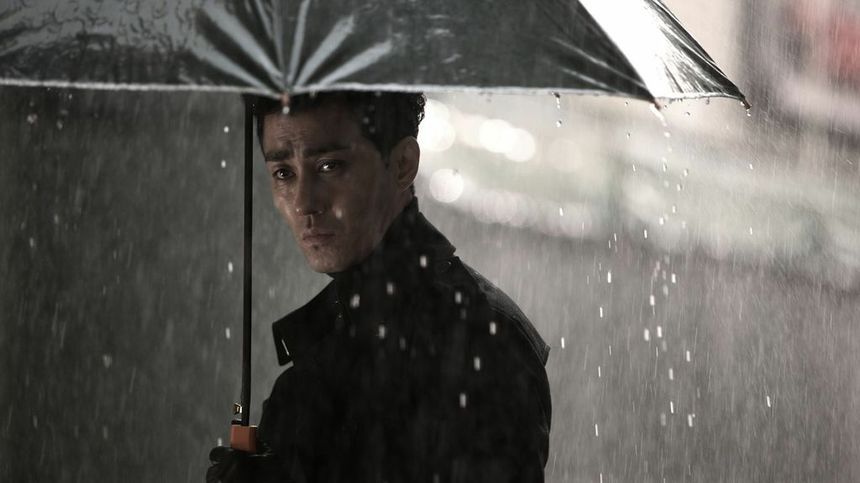 Man On High Heels, a Korean gangster-cop flick of another color, navigates gender politics as shakily as its strangely-worded (or translated) title would suggest.

Cha Seung-won stars as Ji-wook, the eponymous man: a specimen of ideal masculinity who spends his working hours beating up on mob bosses as a respected and feared cop. In his downtime, however, Ji-wook visits a discreet facility to receive estrogen shots. He has always felt that he was a woman, and has finally decided to quit the force and make this a physical reality for himself. But as in any good crime movie, a life of violence, littered with enemies is not so easily left behind.

Prolific filmmaker Jang Jin writes and directs, with a winning blend of sensitivity and humor, poking fun mostly at genre tropes rather than transgender issues. In the case of Man, 'genre tropes' include both gender-bending sight gags, and some skewering of buddy-cop and masculine gangster movie homoeroticism. Oh Jung-se shines as Heo-gon, a ruthless crime boss who's antagonism of Ji-wook is often belied by his fawning admiration of him. Of course, part of the joke is that its Ji-wook's manly cool, and his effortless prowess in hand-to-hand combat that so endears Heo-gon to him--the irony!

There is more to the gangster plot, which despite the film's title and premise, is more central than the transitioning storyline, but I won't get into it here. Suffice it to say, Ji-wook's tentative foray into performing femininity full-time will not be as immediate as he hoped. Despite his lone wolf nature, Ji-wook cares too much about the well-being of his friend and fellow cop (Go Kyung-pyo) and a young informant (Esom) to leave them in danger. This means that our hero(ine) is often forced to begrudgingly wipe off the makeup and head back into the bloody, violent confines of the field. Partially this is a fitting metaphor for the trapped feeling many transgenders experience when social, cultural, or financial reasons keep them from fully transitioning to the sex they identify with. On the other hand, it's sort of a cop out--a way for the movie to have it's cake and eat it, too. Ji-wook gets to be the badass action dude, but with a subversive secret that will make him a unique, complex character.

It mostly works, though, and a big reason for that is Cha's remarkable performance. His cool, stoic eyes betraying sorrow, the actor nails every scene. When his Ji-wook steps out in full female dress for the first time, the elevator ride down is a tumult of uncomfortable comedy and unexpected poignancy. Cha is absolutely heartbreaking when unkind, unempathetic looks are thrown his way--his hardened exterior instantly gone, revealing that intangible feminine softness no one could find in him. He only gets a handful of scenes that are not heavy with choreographed action, but he makes them the most memorable of the film.

Jang Jin, for his part, does dedicate himself to the more tender moments as much as his lead. The swoony, smooth jazz score, and the kaleidoscopic color flashes in the transgender nightclub are vivid and inviting, recalling 90s Hong Kong cinema. Ji-wook's flashbacks to his formative years, and his first instance of same-sex desire (and love) are also executed with care, and delicacy.

All in all, the film is clearly well-meaning, and manages to treat the subject of transgender with more than just a passing curiosity. Jang seems not be a scholar of trans politics, and often makes strange implications (drinking with your pinky raised is telltale evidence that you are gender-queer), or overly equates being gay with being transgender. But, his desire to think about masculinity, femininity, violence, and all the social implications of each--as well as his playfulness and clear affection for the crime genre--goes towards filling a far too cavernous void in mainstream cinema.

Do you feel this content is inappropriate or infringes upon your rights? Click here to report it, or see our DMCA policy.
2014cha seung-wonjang jinkoreanman on high heelssouth koreanvancouverviff