Review: DOCTOR WHO S8E08, MUMMY ON THE ORIENT EXPRESS (Or, A Thoroughly Unpleasant Train Journey) 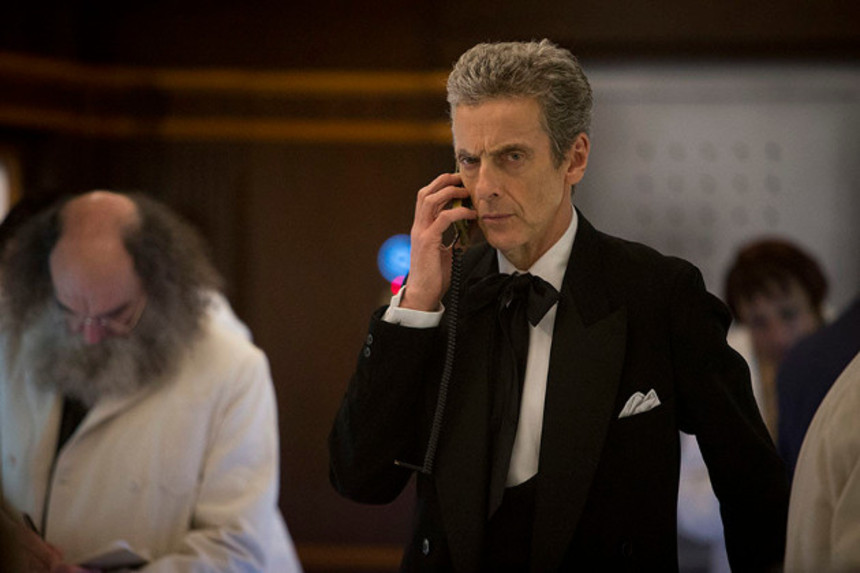 To its credit, Doctor Who doesn't attempt to sweep Clara's impassioned outburst from last week under the rug. Her eventual decision to continue travelling with the Doctor doesn't suggest she's forgotten why he made her so angry in the first place, it just uses that development to answer another question. Why, when they know the danger they're going into, do companions keep returning to the Doctor and his big blue box?

Is it, as Clara suggested a few weeks ago, that travelling allows her to see the kind of "amazing things" that someone like Danny can only dream of? Maybe. But you get past a certain point and it can't be entirely about the spectacle.

In this episode, Clara challenges the Doctor on whether he's "addicted" to these life or death situations and the crucial, impossible decisions that he constantly has to make. And it's in challenging him on this thrill-seeking side of his personality that she realises exactly why she's still around. If the Doctor's addicted to danger, his companions surely must be too.

"Mummy On The Orient Express" is filled with a palpable sense of fear, both heightened and weakened by the fact that it's effectively impossible to escape the titular mummy and that as soon as it appears its next victim will be dead in exactly 66 seconds. Fittingly, the episode has a strikingly high body count for what is meant to be a show for kids.

That mummy's pretty terrifying too, all loose flesh, exposed bones and dangling bandages, with a creepy, relentless shuffle that sees one foot dragged along behind the other. It's a great Doctor Who monster, reliably scary (enough for the BBC to move the show into a later time slot) and with a compelling method of attack and origin story.

It's interesting to see how the script (which is another tightly-written one) separates the Doctor and Clara for much of the running time. They each have their own arc that is fuelled by their inquisitiveness and their habit of getting in trouble. While they eventually find their way back to each other, pulling them apart does highlight what makes them good as a team and the ways in which they're more alike than they realise.

Also, the Doctor has taken onboard at least part of Clara's plea that he care a little more about the people whose lives he's saving. He doesn't express compassion towards many of them, but he does show himself to be considerate for their safety by the conclusion.

Peter Capaldi and Jenna Coleman continue to knock it out of the park performance-wise, really showing what it takes to make that dynamic between the Doctor and his companion work. This episode is also bursting with great guest actors too, as a couple of recognisable faces show up on this hellish train journey. "Mummy" is well-directed by Paul Wilmshurst, constantly finding ways of upping the claustrophobia factor in what is becoming something of a trend for this series of the show. Elements of the plotting are rushed and manic, but it's all about character detail and mystery, and it works on that level.

To some extent it plays up the premise in a way that's a little too heavy-handed (that "are you my mummy?" joke doesn't land at all) but this is no "Dinosaurs On A Spaceship" - it's much more developed and interesting than that. This is propulsive and tense stuff, making it exactly what a good standalone episode of Who should be. What's more, it pushes the characters forward in a way that both makes sense and allows the show to maintain its all-important status quo.

Do you feel this content is inappropriate or infringes upon your rights? Click here to report it, or see our DMCA policy.
doctor whojenna colemanpeter capaldi

More about Doctor Who: Series Eight