Busan 2014 Review: ENTANGLED Gets Caught Up In Its Own Depressing Narrative 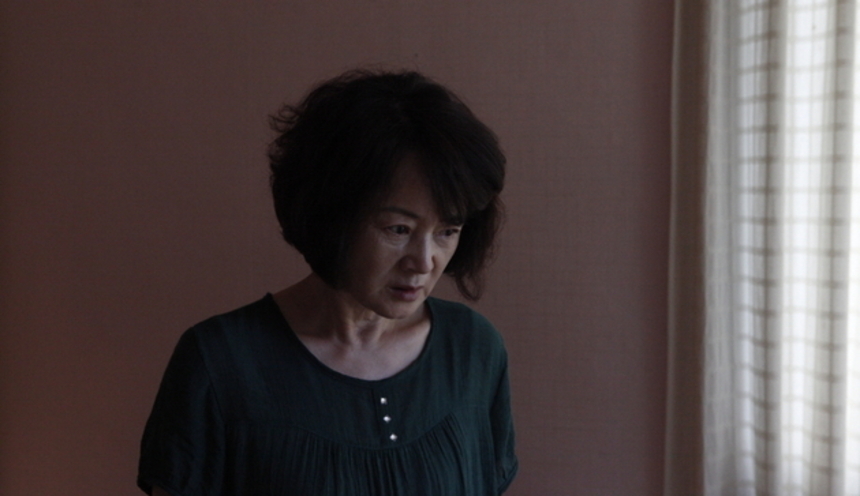 Following the blistering debut Fatal, a gritty rape-revenge thriller that bowed at the Busan Film Festival in 2012, Lee Don-ku returns to Busan with the disappointing family drama Entangled. Though it seeks to inspire a similar sense of shock and outrage with its raw family dynamics and desperate plot turns, Lee's matter-of-fact mise-en-scene and his narrative's inherent histrionics combine to form a humdrum and overly familiar Korean indie.

A mother lives under a roof with her two daughters and her eldest daughter's husband. When the wife gives birth to a baby the mood in the household is ebullient but things quickly take a dark turn when an accident costs the newborn its life. Tensions escalate and tempers flare as each family member copes with the tragedy through increasingly reckless behavior.

The intent of Entangled is clear from the very first scene as Lee shows us a normal family eating dinner in a static, symmetric and unbroken shot that gives each character enough time to show their colors and hint at the flaws that will eventually de their undoing. With a bigger budget and some experience, Lee switches up his shaky cam for a more polished style. Though displaying some formal elegance, the key aim here is restraint, as Lee seeks to afford his cast and script every opportunity to shine on their own. It's an admirable effort, buttressed by a few choice aesthetic decisions, such as a spinning overhead camera on the mother when her water breaks, foreshadowing the darkness to come, or a gentle push in on the younger sister curled up in her bed following her point of no return. However, the narrative is not nearly as gripping as it should be, and as such the sparse mise-en-scene highlights the film's gaping dramatic shortfall.

Playing the elderly matriarch, Kim Young-ae is an established actress who has delivered a pair of wrenching performances over the last year in the politically themed dramas The Attorney and Cart. While a similar thread of maternal responsibility and desperation informs her latest role, her character quickly loses control and the subtlety of Kim's impressive dramatic chops consequently goes by the wayside, replaced by a series of melodramatic cliches. Kim does elicit an impressive amount of sympathy out a character that is meant to challenge how much we can forgive someone's accidental behavior. However, as a woman who is defined solely by the morbid plot twists she finds herself haplessly embroiled in, Kim can only do so much. As for the rest of characters, they are pulled in and out with such irregularity that it becomes hard to understand who we are supposed to focus on save for the ageing mother. As such, the actors have a hard time standing out with uneven screen times.

As he grew up with many women around him, Lee has already proven his sensitive predisposition to the fairer sex in his debut and this empathy is present once again but this time tempered with a pessimistic egalitarianism that makes each and every character unlikeable. Motherhood and its constituent anxieties do form a core element of the narrative but rather than inspire a sense of fear and dread, the psychological concern rarely amounts to more than thematic aside.

Filled with shots of characters silently staring into the distance and the odd violent discharge of frustration, Entangled echoes many dark and intimate family dramas without introducing anything new into the standard cocktail of Korean sturm and drang.

Do you feel this content is inappropriate or infringes upon your rights? Click here to report it, or see our DMCA policy.
2014biffbusan film festivalEntangledkim young-aekoreakorean indielee don-ku현기증