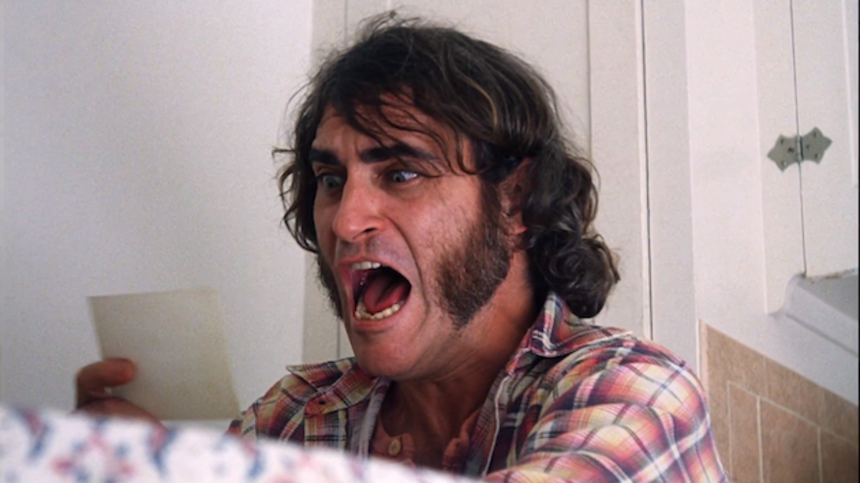 With just under a week before its bow at the New York Film Festival, Warner Bros. has released the first trailer for Paul Thomas Anderson's adaption of the Thomas Pynchon novel Inherent Vice. And it is glorious... gloriously colorful, weird and very, very funny.

Joaquin Phoenix stars in this sun-soaked noir as Doc, who gets caught up in the disappearance of a billionaire. It's also the late 1960s so things are most certainly batshit crazy. Like... do you want to see a military clean-cut Josh Brolin bark orders in Japanese to a chef about pancake-os? Benicio Del Toro, Martin Short and Owen Wilson also appear, and they're also weird. And really, while Phoenix is the star, I have a sneaking suspicion his muttonchops are gonna steal the show.

But seriously, Anderson is most certainly tapping into his lighter side here, so while the film looks pristine in form and style, no doubt we'll get something closer to say Boogie Nights over There Will Be Blood. Check out the trailer embedded below.

Inherent Vice premieres October 4 at NYFF, and will begin release stateside on December 12.

Do you feel this content is inappropriate or infringes upon your rights? Click here to report it, or see our DMCA policy.
Paul Thomas AndersonThomas PynchonJoanna NewsomKatherine WaterstonJoaquin PhoenixJordan Christian HearnComedyCrimeDrama