Today we have the film's first teaser poster, as well as some more information on the project from the filmmakers themselves.

"The initial announcement extrapolated from our synopsis that the film is a haunted house story, when in fact it's no such thing," says producer Paul Fischer. "It's all set in the one house, and the house is a character, certainly; but it's not a haunted house. It's more complex than that - more about the idea of bringing your own darkness to a place that draws it out of you, of stepping into darkness and darkness entering you in return."

In the mold of great portmanteau classics like Dr. Terror's House of Horrors, From Beyond the Grave or The House That Dripped Blood, the film will be an ensemble piece, with a wide cast - and we're told to expect, in addition to the cast already announced, seven or eight more names of the British stage and screen to join the picture.

"The origin of the project was really born out of the idea to create a 'contemporary-throwback'," says director and executive producer Paul Davis, "in the sense that we could use the classic portmanteau concept to tell four very different tales with modern ideas and sensibilities within the horror genre. That and the idea of doing something completely British as a tip of the hat to the likes of Dead of Night and the many great anthologies of the 60s and 70s is really where the idea and the passion came from and I'm so glad that we're going to have the opportunity to bring this to life." ("The portmanteau film is a part of the British horror tradition," echoes Davis's co-writer Stef Hutchinson, "a cinematic 'Chamber of Horrors', with each room revealing new and horrific secrets. In our tales we've honoured that tradition, bringing you four very different takes on the horror genre, from the comedic to the utterly brutal.")

While the exact nature of the four stories will be kept under wraps until the film's release, to surprise audiences, Davis describes his tale as "definitely the heaviest thing I've done so far...something that combines awkward laughter with downright aggressive fantasy horror," and, in their own respective words, Shankland's will be "a chilling and visceral journey through the twisted innards of a Victorian house" and Hyett's a "retro horror/thriller echoing the grittiness of Straw Dogs and Clockwork Orange" and dealing with "the products of 1970s broken Britain."

"Britain has a great, proud tradition in cinematic horror, where originality, spectacle, atmosphere, and memorable characters played as much of a role in a film's identity as jumps and gore," says producer Fischer. "Hammer and Amicus films of the 1960s and 70s had all the scares, the psychological suspense, all the dread and a sort of primordial imagery that kept you up at night and stuck with you your whole life - but they were also a great cinematic experience, in the dark with other people. They were made for a wide audience, not a niche audience - and made well, made to scare and entertain. We're hoping Its Walls Were Blood will claim that back for horror a little, and give people a change from found footage, torture porn and period ghost stories."

The last of the four directors, Sean Hogan, agrees. "I'm looking forward to working in the great UK portmanteau tradition again, and updating it for a new audience. The challenge for us is to take the classic Amicus style and give it the teeth of a modern horror film. I hope we've succeeded - certainly some of what we have planned bites down hard and doesn't let go!"

Take a look at the first teaser poster below and remember you can click to enlarge. 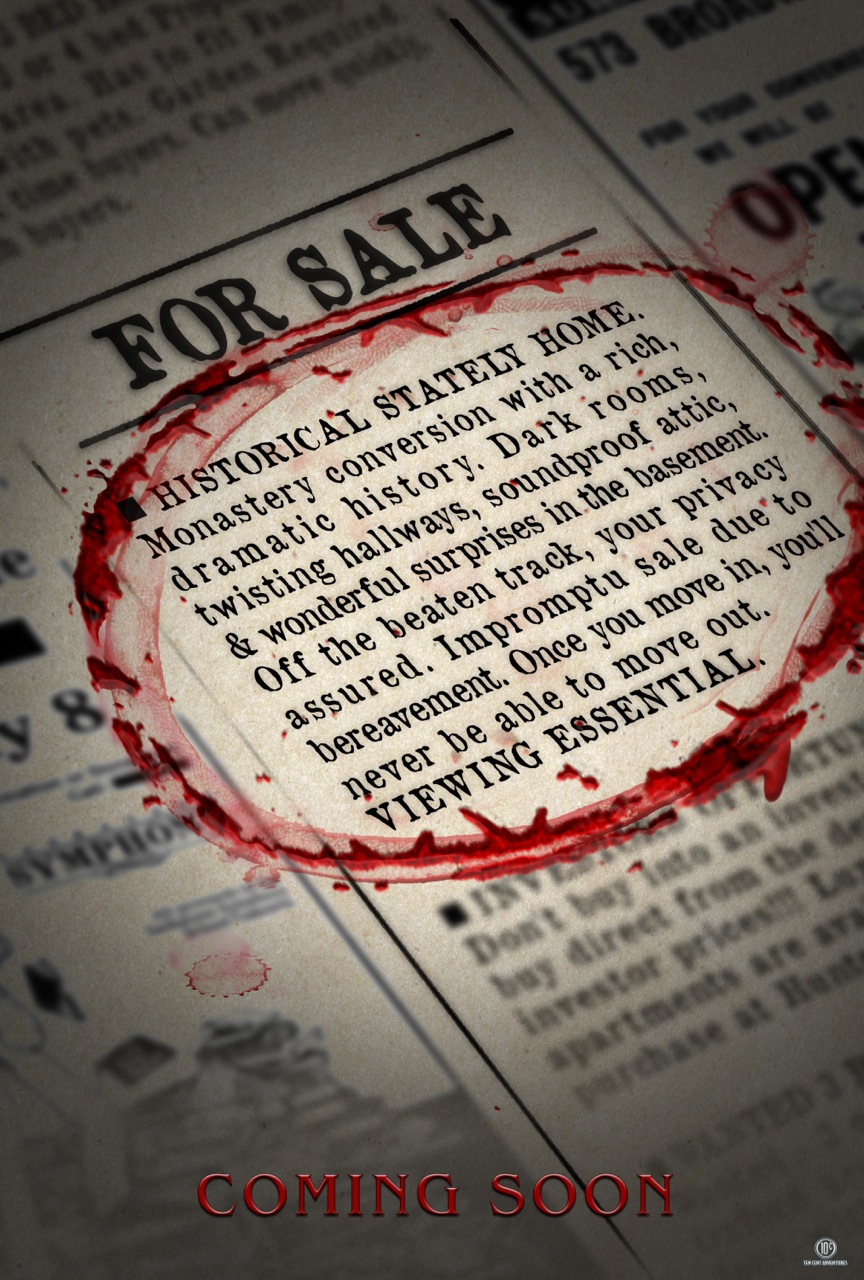 More about Its Walls Were Blood