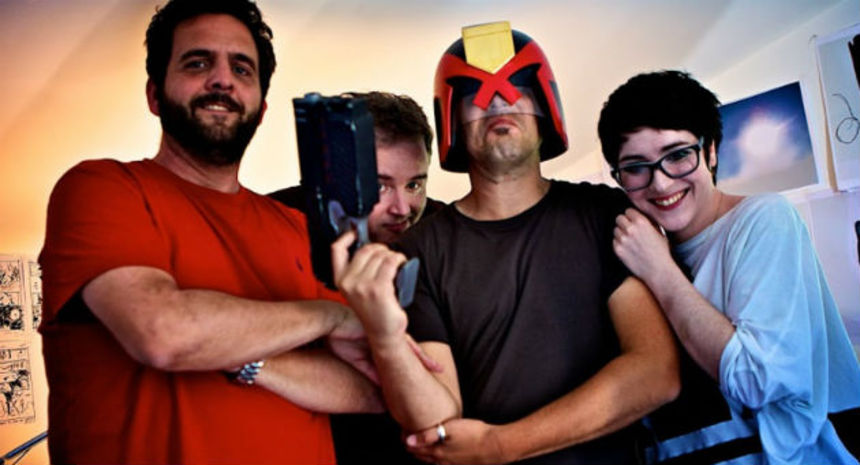 Far better known in its native land than in the rest of the world, 2000AD has spawned an amazing assortment of creative talent, an array of writers and artists that includes Alan Moore, Grant Morrison, and Neil Gaiman, yet it began in 1977 as a step back for Pat Mills (pictured below), the creator and first editor. His previous book, Action, had been banned in Britain for its 'extreme' content, and so he was forced to retrench by pushing all new stories into the future.

Soon enough, however, Mills discovered that readers were responding to elements of the stories that transcended their setting. The same simmering social and personal frustrations that fueled the punk movement drew readers to angry, outrageous characters and situations. That helped to make Judge Dredd an early, breakout success, and led to more, beyond the mainstream comics finding eager, receptive audiences.

As a weekly anthology, 2000AD offered the opportunity for many new writers and artists to break into the comics industry. But it wasn't just the chance to be published; as the multitude of interviews in the film make clear, talented people were attracted by the freedom to create wth very few editorial limitations. While the 1960s had fostered a "British New Wave" in literary science fiction, and the film scene in Britain was still brash and vibrant, the late 70s and early 80s proved to be a perfect time for comics to march onto the artistic stage with a vibrant collision of words and pictures, and 2000AD was, by all accounts, a fabulous showcase for all that talent. 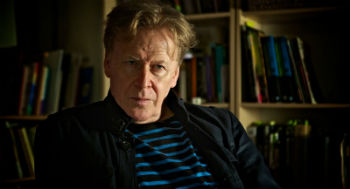 Director Paul Goodwin sketches in the framework for accolades to be showered upon the book, but then begins to dig deeper into the story. Thus, we hear about the shoddy treatment of creative talent, with specific instances cited, as well as gender issues -- the comics industry as a whole undervalues female creators and readers, and this is a problem for 2000AD as well. As the editorship passed on from Mills to other hands in the late 80s, conflicts between editorial and the creative talent appeared to increase, lasting until Matt Smith took the helm in 2002. Regrets now echo forth from both sides, though a degree of bitterness remains.

Aside from Alan Moore, whose interview omission is not exactly a surprise, Future Shock! touches base with a a very wide and sterling collection of writers, artists, and editors, stretching back from the original core group -- Mills and John Wagner, most notably -- clear through the 70s, 80s, 90s, and beyond. Once again, it's a reminder that "talking head" documentaries can be incredibly effective if the heads that are talking are the right ones, individuals who can express themselves with passion and conviction.

For those who are not hardcore comics enthusiasts, and I'll count myself among them, the documentary fills in a ton of blanks, especially when it starts name-checking movies that have been influenced strongly by 2000AD. After all, why not consider the source?

Future Shock! The Story of 2000AD thus becomes essential viewing for anyone with even a vague interest in pop culture, especially the intersection between comic books and movies. And it's good fun to watch, supplying perspective and insight. .

Do you feel this content is inappropriate or infringes upon your rights? Click here to report it, or see our DMCA policy.
2000ADcomic bookdocumentaryFuture ShockPat MillsPaul Goodwin