Fantastic Fest 2014 Review: CLOSER TO GOD, A Scientist Clones, While Everyone Else Fights About It 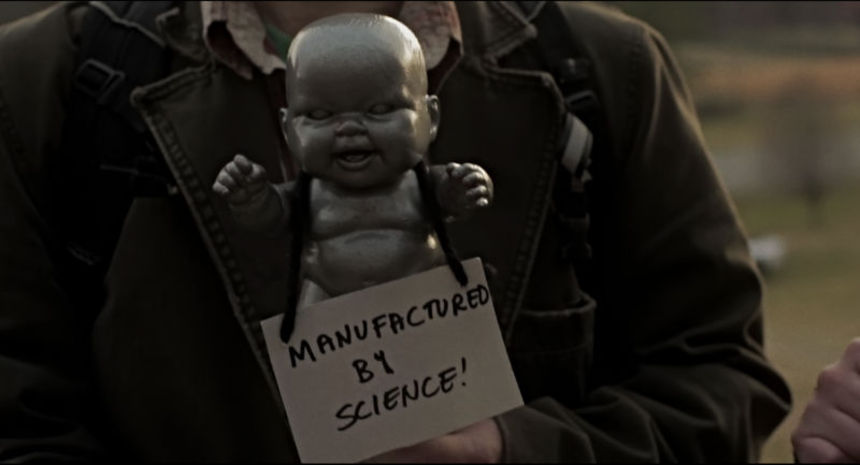 Turning a hot-button issue into a dramatic soap opera would be the easy way out.

Skipping over the procedures and processes that would be involved, Closer to God goes directly to the creation of a clone and then asks, "What now?" As opposed to the army of movies that imagine clones in the future, writer/director Billy Senese wrestles with the essence of the issue, right here, and right now.

Victor Reed (Jeremy Childs) is a scientist who is obsessed with cloning. He's not a "mad" scientist, though his obsessive behavior is certainly reminiscent of Mary Shelley's famed scientist, Dr. Victor Frankenstein. What this modern-day Victor exudes is devotion to his important work and single-minded focus on success. He conducts interviews, but he is not at all interested in promoting himself. He is so caught up in his experiments that he neglects those in his household, including his wife and two young daughters.

But there is every reason for him to be so obsessed. Beyond the very personal toll on Victor and his family, and far beyond the financial risk to his backers, there are the larger issues of morality and the impact of cloning on society as a whole. Some protest that the scientist has broken the laws of god and man; though Victor and his backers think they have a legal loophole that permits their operations, the voices of religious protesters shout loudly in opposition.

Outside Victor's gated estate, marchers gather, both those in opposition and those in favor. What they share in common is anger. Utterly exhausted, frustrated by the unprecedented medical challenges he faces, and apparently without much in the way of emotional support, Victor stares at the protesters at night, as private security guards stand watch and the angry citizens shout and scream. 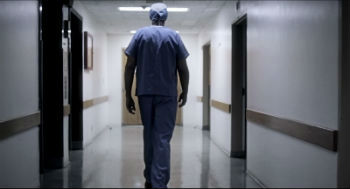 It all feels very real, especially as the tone of the protests becomes more insistent and shrill, and Victor's support system weakens and begins to fail. And Victor must also deal with more pointed complaints from his wife and small household staff, which consists of a husband and wife who are also past the point of exhaustion, for reasons that can all be pinned on Victor.

While Closer to God may sound like a straight social drama, rest assured that genre elements emerge, eventually, pitching the anxiety levels upward, as well as the complexity of the issues that are raised. Up to that point, it's a smartly-executed film that exercises a good deal of restraint, which makes its accomplishments seem more modest than they are.

Even as events become more unhinged, their relationship to reality remains, sadly, uncomfortably tight. This is not an issue that will go away anytime soon; before we get to the cool clones in space doing cool things, we need to figure out how to reconcile ourselves to the idea in the first place. Scientists aren't going to wait on the rest of mankind, and they may not all be as conscience-stricken as Victor is in Closer to God.

Do you feel this content is inappropriate or infringes upon your rights? Click here to report it, or see our DMCA policy.
Billy SenesecloningFantastic Fest 2014Jeremy Childs

More about Closer To God