As I mentioned in our Fantastic Fest preview article, my heart belongs to the repertory screenings, the forgotten flicks that deserve a fresh look, presented by extremely knowledgeable and passionate curators.

That was certainly the case this year. I only got to see two repertory screenings, but each was more than worth its weight in gold, and reminded me that people often work for months, years, and sometimes decades to bring their creative visions to the big screen.

Click through the gallery below to read more, and check out all the images and posters. 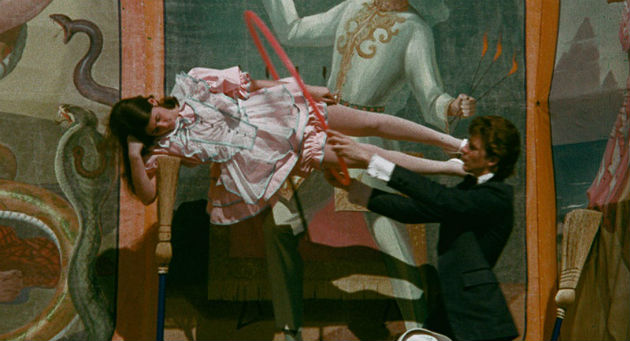 Before the screening, I had the mistaken impression that James Glickenhaus, the future director of the Jackie Chan vehicle The Protector -- the movie that Chan thought was so bad, he secured the Asian rights to it and completely re-edited it before its theatrical release in Asia, thereby rescuing an otherwise woebegone movie -- had directed the movie we were about to see. That's what I told everyone I saw!

But no, this is the other movie titled The Astrologer, also released in 1975, and it was directed by Craig Denney, who also stars. It was the only movie that "Craig Denney" -- if that's his real name -- ever made, either as director or actor, and, bless his heart, it's an amazingly ambitious adventure that demonstrates a smidgen of native talent and a whole lot of testicular fortitude.

Alexander (Mr. Denney) begins with a dead-voiced narration, setting himself up in a circus tent as a psychic, awkwardly and outlandishly introduced by his partner. The plot explodes in small bursts, following the exploits of Alexander on multiple continents. Unfolding in a completely nonsensical fashion, the movie almost feels like an attempted variation on the Theater of the Bizarre, except that Alexander is so darn sober-minded and apparently sincere that I couldn't turn my head away.

Within the illogical development of the story -- basically a rags to riches tale, showing how Alexander achieves great reknown beyond anyone's wildest imagination -- isolated scenes are freakishly funny, non sequiturs on a grand scale that I've never seen before. Those moments are so freaking brilliant that it's impossible to dismiss The Astrologer as merely the product of an Orson Welles without the talent. No, Mr. Denney had some great ideas -- I give you a long, long dinner scene between Alexander and his lady love over dinner, shown entirely in slow motion as a pop song plays, stretched out to absurd yet absolutely perfect length -- as but one example.

The screening was introduced by Tim League and Nicolas Winding Refn on behalf of the American Genre Film Archive, which rescued the film and showed a digital print that, all things considered, was in very good shape. It followed Liv Corfixen's My Life Directed By Nicolas Winding Refn, which provided an intimate look at the director's home life while on location; this movie confirmed his taste for the bizarre and outlandish. (We already knew about Mr. League's delightful appetite for the unusual!)

Read more about The Astrologer here. 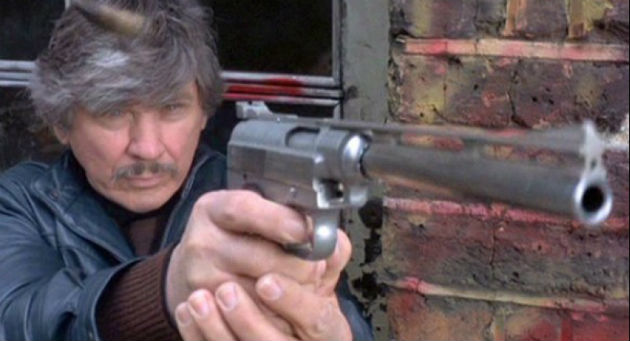 Watching Mark Hartley's documentary Electric Boogaloo: The Wild, Untold Story of Cannon Films stirred up my desire to re-live the 80s, and what better way than to watch a lovely 35mm print of Michael Winner's Death Wish 3?

I have great affection for Bronson as a movie star; he may not have brought great depth to his characters, yet his no-nonsense sincerity always appealed to me. By the time Death Wish 3 was rolling, Bronson was well into his 60s, and a master of allowing his actions to speak for themselves.

He could communicate more with a grunt or a glance than many a Shakepearean-trained actor, and that serves him well with this movie, which starts on the assumption that Paul Kersey is a stone-cold vigilante, ready to shoot bad guys dead without a moment's hesitation. When he travels to "the Bronx" (actually an old neighborhood outside London) to visit an old friend, he discovers that the neighborhood is under siege by roving gangs of criminals. Seized immediately by the ineffective police force as a suspect in his friend's murder, Kersey is enlisted by the evil Ed Lauter to serve as an official, though secret, vigilante for the police, killing every criminal he can find.

This is a meat and potatoes action picture, relying on very little plot or motivation to get things going. Eventually it abandons the plot entirely, depending solely on the powerful concept of Bronson killing as many people as possible. Winner keeps things moving swiftly, which makes it easy to forget how ridiculous the basic premise proves to be.

Vastly entertaining, and bloody efficient, Death Wish 3 manifests the best qualities of Cannon Films: trash, pure and simple, but great trash, and offered up with no apologies.

The screening was introduced by the wildly enthusiastic Zack Carlson, who set the mood perfectly for the movie, with additional insight provided by Mr. Hartley. The print looked splendid, and it was wonderful to dip back into simpler times, when good supporting performances by the likes of Mr. Lauter and Martin Balsam were offered up without a wink and a nod to the audience. Magnificent! 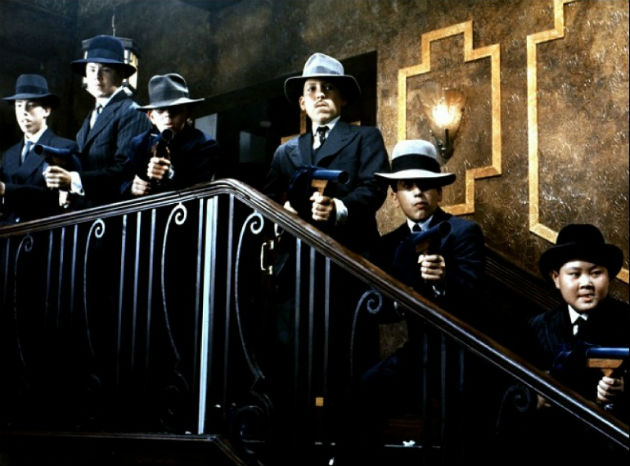 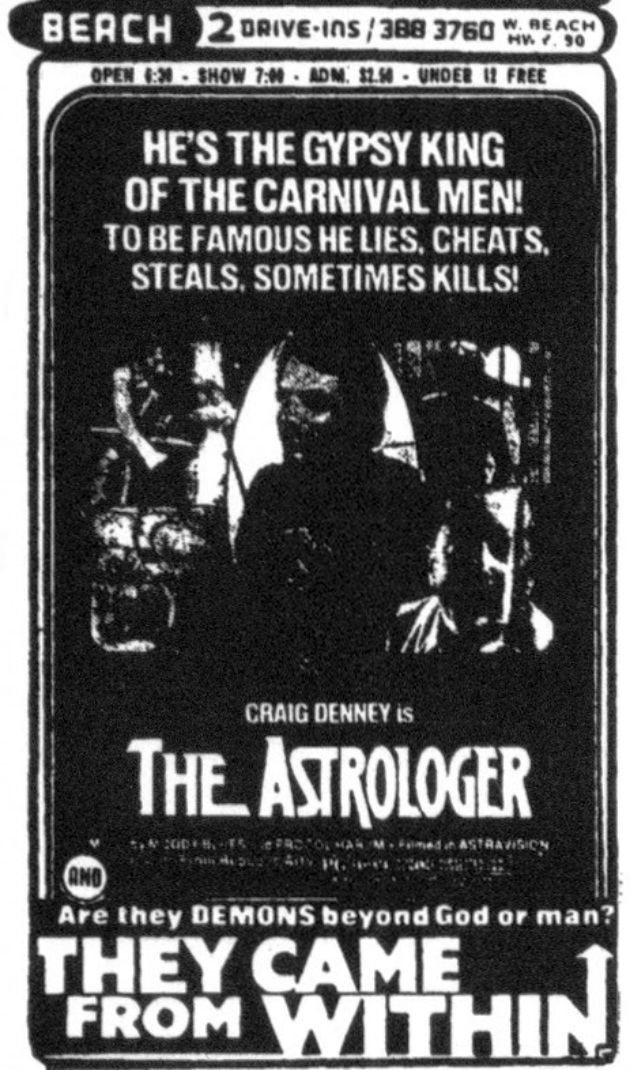 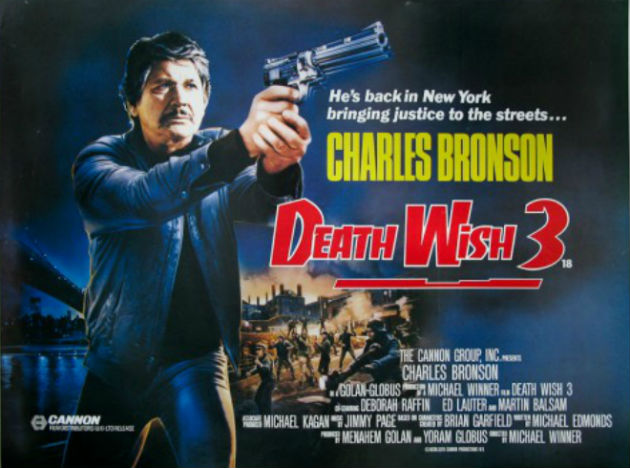 This is how you sold Charles Bronson in the mid-1980s. 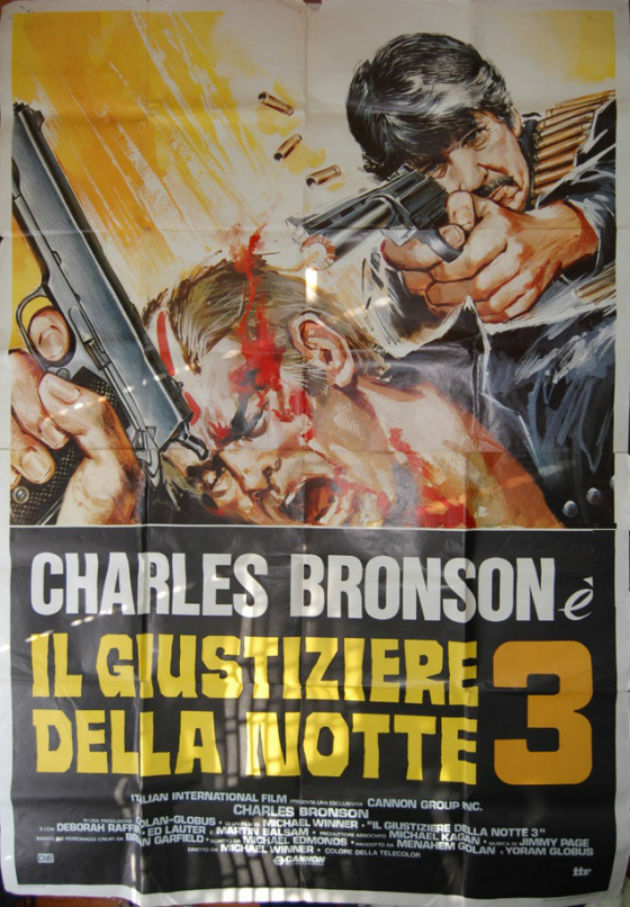 And this is how you sold Charles Bronson to Italian audiences in the mid-1980s. 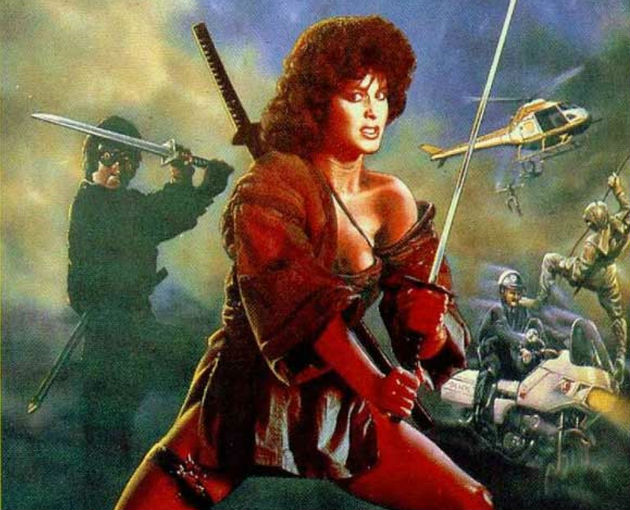 I'm sorry I missed this screening. Lucinda Dickey looks awesome! Clips from the movie were included in Electric Boogaloo.

Do you feel this content is inappropriate or infringes upon your rights? Click here to report it, or see our DMCA policy.
Death Wish 3Fantastic Fest 2014repertory screeningsThe Astrologer