Review: H2OMX, Or, Mexico City Has A Lack Of Water Problem 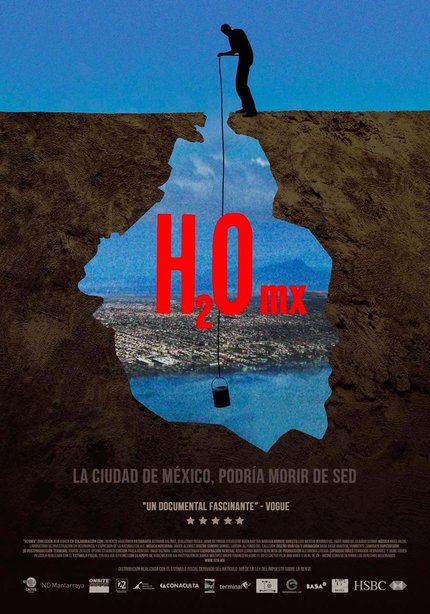 José Cohen and Lorenzo Hagerman's H2Omx is in the vein of those documentaries that have raising awareness on a current problem as main objective.

Its subject might be a local issue, that affects Mexico City and other nearby places, but the doc can appeal to a wider audience for sure, as its nature allows you to see how life in Mexico's capital works for some people.

H2Omx quickly establishes that Mexico City has had a lack of water problem for several decades now. That's the main theme here but soon some other subjects emerge (i.e. the constant inundations in the city), though everything has to do to water. As Cohen said when I interviewed him, "the film's protagonist is the water."

Still, H2Omx is a collage of people and remains close to the common folk who struggle with the different water-related problems. The doc is mostly constructed from the footage the directors got while following and interviewing these persons. On the contrary, most of the experts interviewed never appear on the screen and we only get to hear their voices.

The film is interesting as a portrait of Mexico City. It shows you a side of the city that the tourists definitely don't see. The city is, after all, a place with inequality and while nobody is exempt of water issues, the more marginalized zones, where the city doesn't looks like a city (if that makes sense), are the ones suffering more. We see how people live there and - most importantly - what they need to do to get water (it's definitely not easy).

The representation of the city's immensity is something the documentary does greatly. It uses beautiful aerial shots of Mexico City, and also of some other key places, like the Cutzamala (water supply) system in particular. It's not all about the city, indeed, and one of the most relevant themes is all the damage that the capital brings to other states.

As for its main concern, H2Omx goes from exposing the lack of water problem, the consequences that we are already facing and - like I said - the impact on people, to exploring the possible solutions. Of all the people that appear, one guy might be closer than the rest to be the protagonist: a rainwater-harvesting enthusiast. That might be a vital activity to solve the problem, as the doc suggests.

But other situations seem to be kind of hopeless. The film tackles water contamination and how some people have no conscience and throw garbage into the drainage, or how corporations have filled the rivers with all kinds of shit; but it doesn't question these persons nor show us if the filmmakers at least tried to do so.

H2Omx moves fast (it lasts only 80 minutes), and in some ways is a resume without much profundity. Nevertheless, it does have moments that can genuinely worry and/or surprise you, and works fine precisely as a summary.