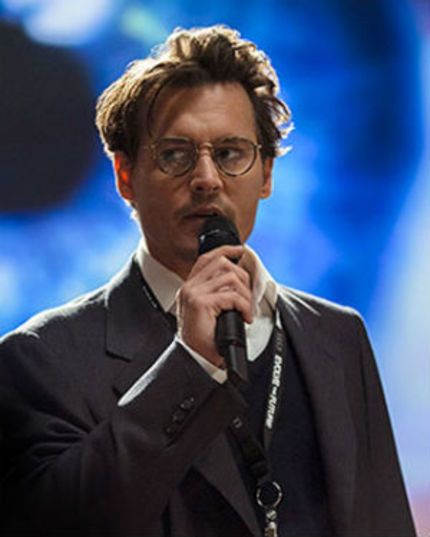 Smith had this to say about Yoga Hosers in July: "There are two characters in a convenience store in Tusk that you see for five minutes, very much Ronsencrantz and Guildenstern. I've built a whole movie around them and I have brought one of the other characters from Tusk back."

In fact, according to The Hollywood Reporter, the entire cast of Tusk is returning for the second installment of Smith's so-called True North Trilogy, "steeped in Canadian myths and culture." (Since I was born in California and now live in Texas, I'll leave it to my Canadian colleagues to comment further on the authenticity of the Canadian content.) So, Depp is joining Michael Parks, Justin Long, Haley Joel Osment, Genesis Rodriguez, Ralph Garman, Jennifer Schwalbach, and Harley Morenstein. Also new to the cast are Tony Hale, Natasha Lyonne, Austin Butler, Adam Brody, Tyler Posey, and Jason Mewes.

As to the plot:


Yoga Hosers, written by Smith, centers on 15-year-old yoga nuts Colleen Collette (Lily-Rose Depp) and Colleen McKenzie (Harley Quinn Smith) who have an after-school job at a Manitoba convenience store called Eh-2-Zed. When an ancient evil rises from beneath Canada's crust and threatens their big invitation to a Grade 12 party, the Colleens join forces with a legendary man-hunter from Montreal named Guy Lapointe (Depp) to fight for their lives with, according to the producers, "all seven Charkas, one Warrior Pose at a time."

Sharp-eyed readers will notice that Depp and Smith will be working with their daughters in the movie. I'd guess that Ms. Depp had positive things to say about her experience with Tusk.

(Full disclosure: XYZ Films, in which ScreenAnarchy founder and editor Todd Brown is a partner, is handling foreign sales on both Yoga Hosers and Tusk. Mr. Brown was not involved in the writing or editing of this article.)

Do you feel this content is inappropriate or infringes upon your rights? Click here to report it, or see our DMCA policy.
Johnny DeppKevin SmithLily-Rose DeppHarley Quinn SmithAdam BrodyHarley MorensteinComedyFantasyHorror