Giveaway: IT WAS YOU CHARLIE - Watch The Trailer, Win Tickets To Dark Comic Drama 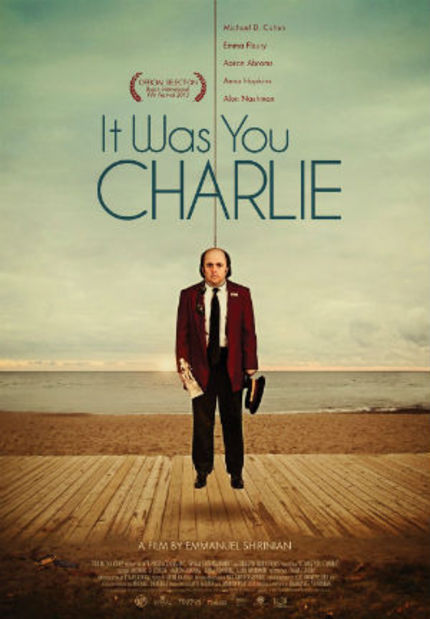 The dark comic drama It Was You Charlie is opening in Toronto at the Bell Lightbox Cinema on Friday, August 15, and we've got tickets to give away! (Note: the giveaway is over.)

First, though, you'll want to watch the trailer, which begins in a lighthearted manner before becoming more troubling. (You can watch below.) Here's the official synopsis:

It Was You Charlie is a dark comedy-drama that tells the story of a lonely graveyard shift doorman named Abner, a once-accomplished sculptor and former college art teacher, but now sadly, a mere shadow of his former self. He is heartbroken because of an unresolved conflict with his brother over a woman he once loved, and is at the same time consumed with guilt and suicidal thoughts as he remains profoundly haunted a year after a terrible car accident that took the life of the young woman in the other vehicle.

After meeting Zoe, a young, free-spirited taxi driver, something magical happens to Abner as he begins a quest to seek redemption, and reconcile his conflicted past.

Michael D. Cohen stars; the cast includes Emma Fleury, Aaron Abrams (Hannibal), Alon Nashman, and Anna Hopkins. Emmanuel Shirinian wrote and directed. As noted, the film opens in Toronto on Friday before expanding across Canada, and will also have screenings in the U.S. later in the month.

Visit the official site for more information about the film.

Now, as to the giveaway, we have 2 double passes to give away to this Friday's 7pm screening in Toronto, with cast and crew in attendance. We're doing that through our Twitter feed, so be sure to check there for details. ... it has been concluded. Thanks!

Do you feel this content is inappropriate or infringes upon your rights? Click here to report it, or see our DMCA policy.
Emmanuel ShirinianMichael D. CohenEmma FleuryAaron AbramsAnna HopkinsComedyDrama