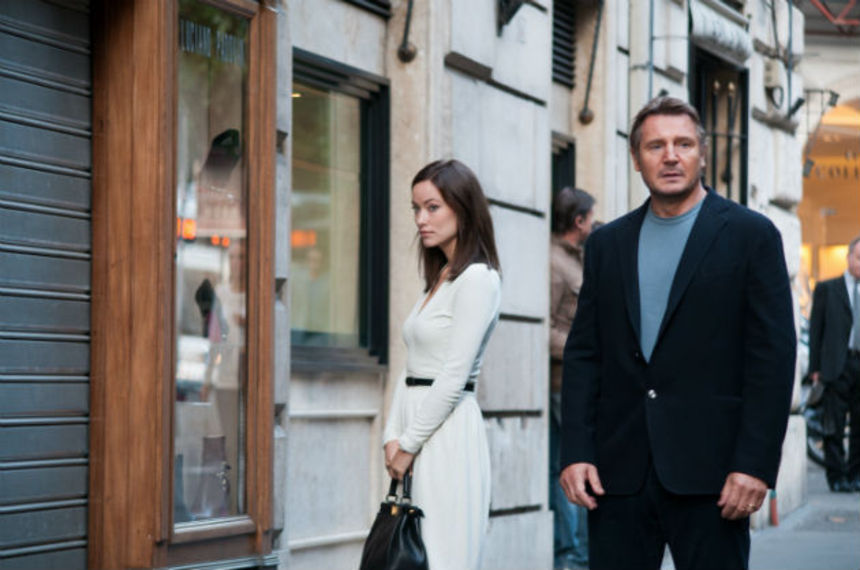 As amply evidenced by his latest film, Third Person, Paul Haggis is a purveyor of pain, which isn't something I would ever expect from someone who wrote for the 1980s TV sitcom The Facts of Life and created small-screen shows such as Walker, Texas Ranger and Due South.

It's possible that Haggis' career since then has been a reaction to those experiences, although the more likely explanation is that he is more willing than most to tap a deep personal reservoir of despair, whether from personality or knowledge, and express dark emotions through his characters, especially in films he has directed, such as Crash and The Next Three Days.

The latter, at least, had a strong narrative hook that gave the film a modest impetus. Third Person lacks even that device, leaving the characters to float on an endless sea of remorse with no hope in sight. Frankly, they're all awful people who are basically selfish and morose, which might be tolerable if they said witty or insightful things, or if their actions were in any way distinguishable from a thousand other run-of-the-mill dramas in which the characters mope and groan and complain, and then act foolishly.

Instead, we must contemplate Michael (Liam Neeson), a faded, Pulitzer Prize-winning novelist who toils away in a lovely hotel suite in Paris, taking time out only to fool around with a much younger woman named Anna (Olivia Wilde), who keeps getting mysterious text messages from another man. Michael is married to Elaine (Kim Bassinger), who is somewhere in the U.S., still grieving a tragedy that sounds very personal.

A second storyline follows Scott (Adrien Brody), an American in Italy who doesn't bother to disguise his disgust with the country and its citizens. At a bar, he involves himself with Monika (Moran Atias), an Italian woman who claims her daughter is being held for ransom by a local gang. 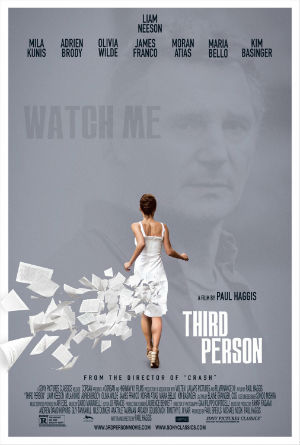 The third storyline revolves around Julia (Mila Kunis), whose young child has been taken away from her due to her own failings. She whines about the unfairness of it all, and has difficulty keeping a job. Her former paramour, Rick (James Franco) is an artist who harbors a great deal of anger and resentment toward her. Her court-appointed lawyer, Theresa (Maria Bello), can barely stand to be in her company.

There is a point to all this unhappiness, at least in the mind of Haggis, but the torpid pace requires a great deal of patience to endure, allowing for little to do except contemplate how depressing it is to be stuck in a room with someone who is resolutely focused on the negative things in life. As someone who has too often flirted with pessimism, I don't mind admitting that the film serves as a wake-up call to people like me.

Perhaps if Haggis had sped up the pace and/or tightened up scenes that wallow excessively or repeat themselves as they feast on the pain of nothingness, Third Person would have been more palatable. In any event, when the grand plan of Mr. Paul Haggis is finally revealed, all I could do was shake my head and ask, "Is that all there is?" It was hardly worth the dispiriting wait.

The film is now playing in New York and Los Angeles. It expands in theaters throughout the U.S. on Wednesday, July 2.