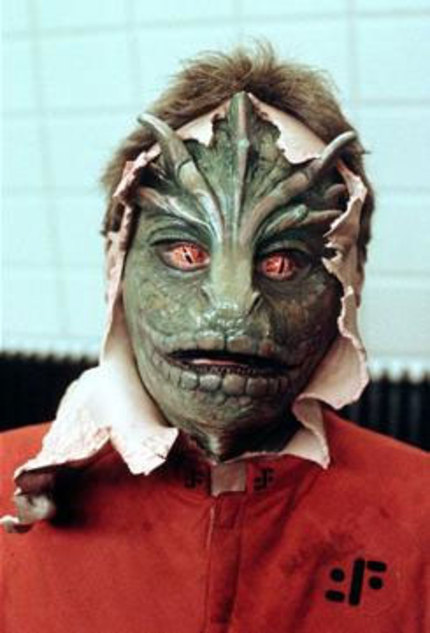 CHAPTER 6: SELL IT TO ME, BABY!
Uzi is adamant that we get dinner immediately after finishing our session with the Sunshine Podium.
"What are you in the mood for, Greg? I could go for some Mexican. Scratch that, I NEED some Mexican. How do you feel about tacos, Greg?"
"I like tacos, who doesn't?"
"Good. You can't talk shop on empty stomach. Follow me."
Uzi tells me that he comes to San Diego often for business and that the Gas Lamp district is just a tourist wasteland of shitty chain restaurants and crappy fusion restaurants that cater to the hip artisan lunch truck crowds who worship at the altar of everything Austin. If we want good food, we need to travel.
Uzi has to explain it to that we are currently standing in the Gas Lamp District as I still know absolutely nothing about this city.
We get into a cab and head out a few miles west into Shell Town.  We leave behind the crowded hustle and bustle of downtown San Diego and enter a quiet stretch of rustic urban suburbia.
The streets are lined with small Mexican styled homes and vacant strip malls with countless store fronts that have all been boarded up long ago.  The only places still open for business are liquor shops, pawn shops, cash for gold shops, and lots of taco bars.
The taxi drops us off at a small greasy spoon called Humberto's. It's a small blue box of a restaurant with a sign prominently advertising cheap beer and 24 hour service. It's barely one in the morning and Humberto's is already hopping with a line wrapping around the outside past the corner to a laundromat across the street..
I can't even imagine what this place is going to look like come two hours from now when the bars and clubs have closed and a sea of young white hipsters too drunk to find their way home flood the street in their taxis hoping to prevent the weekend destroying hangover they're already headed towards.
Uzi tells me to wait outside for a moment while he heads in.  Producers, they either know everybody or they'll bribe everybody.
I'm still feeling elated from the Sunshine Podium session. It doesn't even bother me that one of the most impossibly beautiful women I have ever seen in my life is standing next to me with her tongue six inches down some tattooed wannabe rock star's throat as he gropes her ass and shoves his hand down the front of her perfectly fitted pants.
They're mere inches away from me on the crowded side walk and they're practically fucking.
Amidst the horde of taco hungry suburban white kids pretending to be living dangerously, I have nowhere to step away to.

I know what I'm in for.
I look Uzi in the eyes failing to get my tongue and lips to work and accuse him.

I pinch my left arm and squeeze a small patch of skin until the searing pain is strong enough to make my eyes water but it does nothing to alleviate the drug's symptoms.
Uzi has moved the glass table away from the couch and is laying a large plastic tarp down where it previously stood.
He barely nudges my shoulder with his index finger but it's enough to send my entire body crashing to the ground and onto the tarp.
The moment my stomach hits the floor; all of the contents within it comes launching out of my mouth across the plastic sheeting.
After a gallon or two of half-digested chorizo tacos spill out, my spins finally subside. All of my energy is drained out along with the massive amount of vomit.
My entire body goes limp.
I'm still conscious when I hear Uzi say,"You can't have a drink with a Hollywood producer and not expect this to happen."
Everything goes dark for a while as I feel Uzi pulling me by my legs into another room.
I wake up shivering. My naked body is resting on a cold metallic service. If he's already undressed me, who knows what else he's done.
I can't fully make out my surroundings, but I can tell that I am not in a hotel room anymore.
There are numerous dark figures standing around me. I can feel their eyes on me.
I think there may be four, possibly five of them.
I hear Uzi Silverstein's voice again.
"I've brought some friends to party with us. They're all producers. You're going to like them."
I feel a hand reaching out to grab my right thigh. The hand is just as cold as the table that I've been put out on display on. The hand is cold, wet, and scaly. It feels like the backside of an iguana. I only know this because my childhood neighbor once had a pet iguana.
I can hear electric humming all around me and even though I can see any of the walls or even the ceiling, I sense them vibrating.
I turn my head searching for something, anything to identify but all I find is the soft reflective glow of a monitor screen projected against a corner.
Uzi leans in towards me close enough that I can finally see his face peeking through the darkness.
With all of the force that I muster, I reach out to strike him but I'm not able to form a solid fist.
Instead, I clutch a handful of flesh on his cheek and as I pull my arm away, the skin tears off between my fingers like plastic wrap..
Underneath, I can only see green.
Two other men are now grabbing my arms and strapping me down to the table.

Shortly thereafter, I pass out again.
When I wake up, my eyes burn from the sunlight. I'm outside, fully clothed, lying on a bench somewhere in downtown San Diego.
If I had known I'd end up on a bench anyway, I never would have went to Uzi's hotel.
My cell phone vibrates in my pocket. I answer the call to hear my friend, Colin's voice on the other end.
"Holy shit, Greg, congratulations on Dead Heroes!"
I'm still processing the hazy memories of the previous night's traumatic experience and am not capable of any legible response.
After a moment of dead air between us, Colin continues, "Celebrated pretty hard last night huh? I just read the announcement online that Dead Heroes is being developed into a film trilogy starting next year."
I drop the phone and start to dry heave for a full two minutes until I'm finally able to spit up the last bit of Chorizo left hin my digestive track.
Tweet Post Submit

More about Fear and Loathing in Comic-Con