Review: 22 JUMP STREET, Charmingly Aware That It's A Sequel 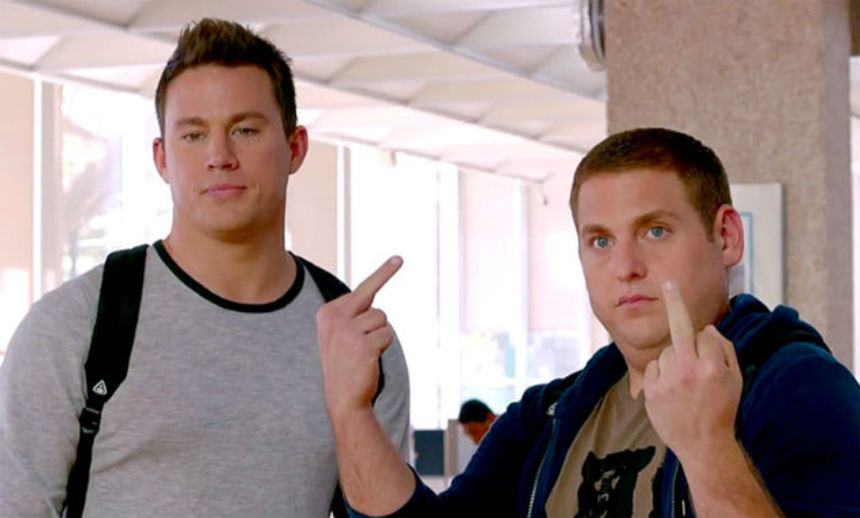 Sequels are often rough things. Save for franchises where the expectation of similarity is baked in, the second of a kind is rarely as successful as the first.

Success, of course, need not mean in terms of dollars and cents, but in terms of the creative package - rarely does the second time 'round convey the same sense of wonder or pleasure as the first. We humans are creatures of novelty, it seems, and even the most wondrous thing can quickly become commonplace.

On the other hand, audiences are fickle. Make a sequel too far astray from what made the first instance work and you're now alienating expectations. These twin elements - fulfilled expectation and craving for novelty - are the core element of any conventional cinema, but the dialectic is made all the more challenging when it's a sequel to a successful film. Expectations are higher, desire for novelty is greater.

It's a losing proposition - at least, it must be admitted, on the creative side. Money-wise, well, even the most mindless sequel tends to do OK, given that lack of novelty and lowered expectations often fuel the box office.

This might seem like so much blather about sequels in general, but the most amusing thing about 22 Jump Street is that it's a film about exactly this impossible divide. The film is as winking and post-modern about its status as a sequel as it can be without falling into Mel Brooks self-parody.

22 Jump Street is a sequel about sequels. Its plot overtly echoes the previous film, with characters often commenting on the fact. Things don't work when they go astray from what worked the last time, only to resolve in satisfying ways when they come closer to the previous method of plot construction.

The "Jumps" are film series first drawn, it should be remembered, from the land of episodic television, where it's part of the very fabric of these shows that things are just different enough to be distinguishable, yet repetitive enough to be part of a continuous whole. 22 Jump Street takes the piss out of this factor, showing the fact in the audiences face while at the same time reveling in the previous success. 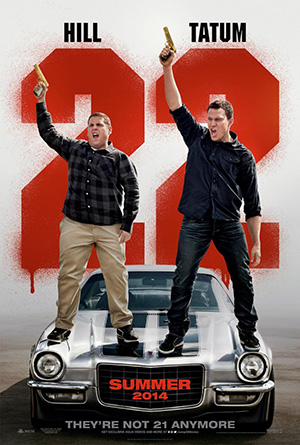 This is a film that bathes in its own obnoxiousness, yet it never feels mean -spirited or hurtful. Part of that comes down to the encore performances of leads Channing Tatum and Jonah Hill, two Oscar-worthy actors delving into some of their baser bromantic instincts. If they were in high school last year, then naturally college is the next trip. Fratboy hijinx? Check. Football try outs? Check. Spring break vacation? But of course. Yet all these tropes are worn with pride. It's the comedic example of the Centre Pomidou - all the structural bits are exposed, the inside is mostly empty, but you have to kind of marvel at both the imperiousness and bravura nature of its presentation.

Many usual suspects make their return - Ice Cube, Nick Offerman, Rob Riggle - but it's the new members of the ensemble that make quite the mark. Having not seen the Lucas Brothers before, I genuinely wasn't sure if it was one actor playing his own double, or the actual twins seen on screen. Peter Stormare plays a particularly old-school, over-the-top gangster craving the 1990s, Jillian Bell creeps the hell out everyone with her cold, effective stare, and Amber Stevens  does her bit to add some spice to the film. In fact, I'd hope that Miller and Lord cast her not just for her beauty and good comic timing, but for the fact that she provides a nerdy connection to one of the film's jokes, as the young actress was "Cheerleader #1" in The Fast and the Furious: Tokyo Drift.

It's something to be said that perhaps the best joke in the entire film is the end-credit sequence, where Miller/Lord take the sequel shtick up a whole 'nother notch. It'll no doubt be spoiled for some, but I'd say it's well worth staying until the final moments roll.

No, the film's not as funny, or fresh as the previous version, but it's charmingly aware of said fact. It's a film that says "fuck it" and does it anyway, throwing caution to the wind and yelling "something cool!" along the way.