Oona Chaplin Is In PURGATORY 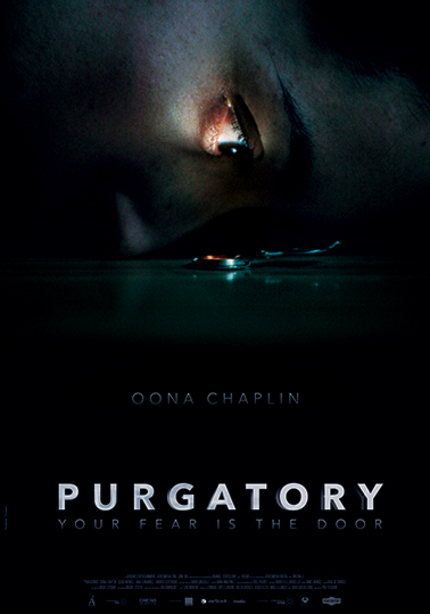 Given her character's bloody end on Game Of Thrones it makes sense that Oona Chaplin would have to be somewhere now, wouldn't it? And it turns out that where she is is in Purgatory, the new Spanish thriller from director Pau Teixidor and the screenwriter of The Orphanage.

Marta, a young woman in her early 30s, moves into a new apartment with her boyfriend. But that very night, she finds herself home alone. The building is newly constructed and few of the other residents have even moved in. Everything is quiet, empty... until someone knocks violently on her door.

It is one of her neighbors with a 10-year old son, Daniel. Hysterical, the woman explains that her husband was just in a car accident and is in critical condition at the hospital. She begs her to watch the boy for a few hours until a family member can come pick him up. Who could deny a mother who is in anguish?

But the hours go by and no one comes to pick up the boy. And Daniel's behavior becomes increasingly unstable and perturbing. Daniel insists that there is another child in the apartment. A child that Marta cannot see.

The relationship with Daniel becomes increasingly strained and violent, leading to an ending that Marta could never have thought possible.

An ending that will make her confront what she fears most.

Do you feel this content is inappropriate or infringes upon your rights? Click here to report it, or see our DMCA policy.
game of throneshorroroona chaplinpau teixidorpurgatoryspainthe orphanagethrillertrailer