Christopher Bourne
Featured Critic; New York City, New York
Tweet Post Submit
After its previous 35-year relationship with the Museum of Modern Art, the 2014 edition of the KINO! Festival of German Films in New York reboots in new locations, but still continues its mission of bringing notable recent German films to New York City. The festival's new home this year is the Quad Cinema, where the program will run from June 13 through June 19. This year's eclectic lineup includes features, documentaries, and award-winning shorts.
KINO! kicks off on June 12 with its opening night film, Christian Schwochow's West, which will screen at the Museum of the Moving Image in Astoria, Queens. The festival also includes the US theatrical release of Sabine Lidl's documentary Nan Goldin: I Remember Your Face, an engaging portrait of the influential photographic artist, which screens daily at the Quad during the festival.
Click through the gallery below for my reviews of some notable films in this year's festival. For more information, and to purchase tickets, visit the festival's website. 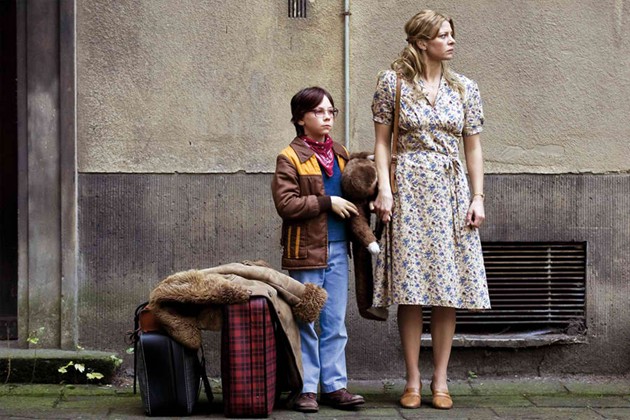 West is one of a number of recent German films that have explored and reexamined the experience of life on both sides of formerly divided Germany. In late-1970s East Germany, Nelly Senff (Jordis Triebel) manages to secure an exit visa to West Germany, no easy task at that time. She is carrying her young son Alexej (Tristan Gobel) in tow; she pretends to be marrying someone in the West, but she is actually trying to restart her life after the death of her husband in Russia.

However, to her dismay, instead of a better life in West Germany, she must contend with life in a dreary refugee center, where the intrusive questioning by German and American agents, as well as the general atmosphere of paranoia and mistrust, seem not that much different from the environment she’s already escaped.

While West is graced by a strong performance by Triebel, and the film well captures the feel of the period, the plotting is too often muddled with frustrating loose ends, and we often feel at a remove from the protagonist. Ultimately it pales in comparison to Christian Petzold’s Barbara, another recent German film that deals with similar subject matter. 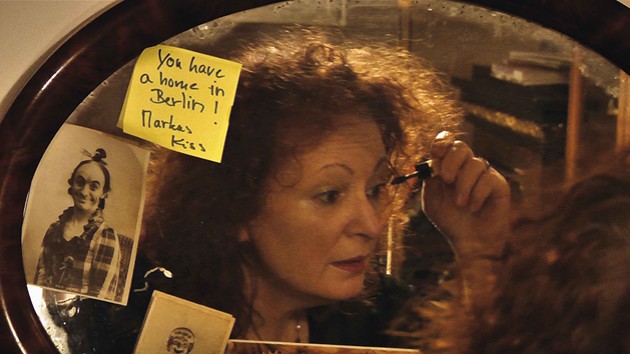 This engaging hour-long documentary follows the famous and immensely influential photographer Nan Goldin on her travels in Berlin and Paris as she spends time with friends and lovers who were the subjects of her intensely intimate photographs which vividly captured the demimonde of New York, Paris and Berlin.

This is not meant to be a comprehensive examination of the artist; you’ll have to look elsewhere for that. However, we do get a compelling glimpse into how intimately intertwined her life was with her art, which gives her images such power. There are some details of her life peppered in: her difficult childhood and relationship with her parents, who never fully accepted her until her art-world success; her sister’s suicide; her self-destructive drug addiction.

This is a fascinating portrait of the artist that will serve as a fine introduction to those looking to further explore the world of this remarkable woman.

French director Denis Dercourt makes his first German-language film with this thriller, whose scenario strongly recalls Hitchcock’s Strangers on a Train. Set in early 1980s East Germany, the film begins with teenager Paul forging a love note in the handwriting style of Anna, a girl he has long had designs on. He uses this forged love letter to engineer Anna’s breakup with her boyfriend Georg. Georg agrees to let Paul have her, with the stipulation that Paul give her up when he comes back to claim her in the future. Paul assents to the deal, not thinking this to be anything more serious than adolescent foolishness.

However, twenty years later, Paul (Mark Waschke), now married to Anna with two children, must contend with Georg (Sylvester Groth) reappearing in his life, as an executive at the investment bank where Paul works, essentially becoming Paul’s new boss. And to Paul’s dismay, Georg intends on going through with their adolescent pact, even though Georg has a long-time girlfriend.

Although A Pact is rather heavily dependent on coincidence and contrivance, the strong acting by the principals and its creeping sense of menace make it quite compelling for the first hour or so. Unfortunately, genre mechanics take over as the plotting becomes more unhinged and it becomes ever harder to suspend one’s disbelief at the contrived narrative twists. 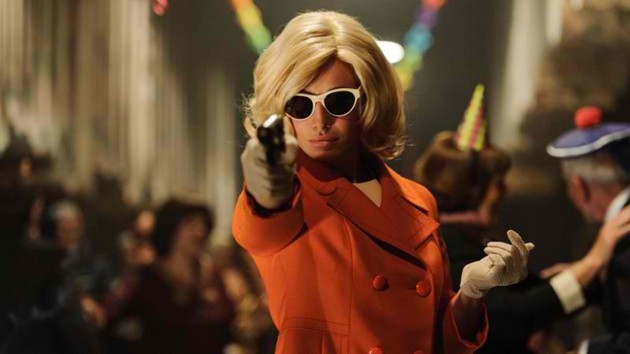 This breezy and genially entertaining crime movie tells the true story of Gisela Werler (played here by Nadeshda Brennicke), who in 1966 became Germany’s first female bank robber. We’re introduced to her as a shy, rather mousy and withdrawn woman who works a dead-end job at a wallpaper factory while dreaming of escaping her dreary life and retreating to the isle of Capri.

One day she has a fateful encounter with Hermann (Charly Hubner), a cocksure cab driver who moonlights as a bank robber. He reluctantly allows her to go along with him on bank robberies; while she’s awkward at first, she grows in confidence with each score. She becomes a media sensation; dubbed “the Banklady” by the papers, she disguises herself with blonde wigs, flashy outfits, and Jackie O-style sunglasses, easily getting cash by catching bank employees unawares, not expecting that such a demure woman could be a criminal.

Alvart has some Hollywood film experience, and he puts that into effect here, cannily playing up the period detail and jazzing up his image with split screens and other visual tricks. And though the effect is ultimately rather superficial, Banklady is well-made and goes by very quickly.

Do you feel this content is inappropriate or infringes upon your rights? Click here to report it, or see our DMCA policy.
A PactBankladyChristian AlvartChristian SchwochowDenis DercourtKINO!Nan Goldin: I Remember Your FaceSabine LidlWest