Melancholic Czech Debut TO SEE THE SEA Surprises on Many Levels 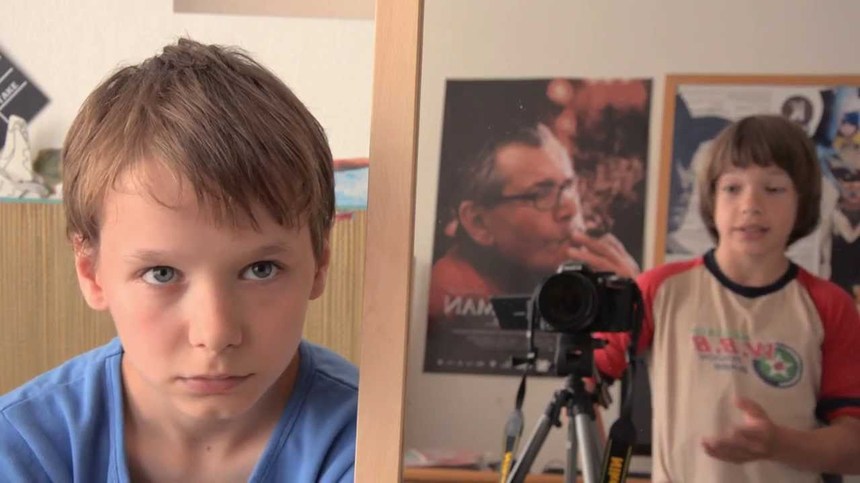 Czech cinema retains a certain routine portfolio in its offerings. The main and dominant current consists of films reflecting the recent past, mostly the era of communism, socialism and then normalisation. These stories come in the form of paeans to moral heroes who more often than not surrendered to conformity to preserve their integrity even for the price of jeopardizing their existential comfort.

Generally, those are the most talked about and awarded works. Films such as In the Shadow (which received 9  Czech lions, the national award, in 2012), and the undisputed champion of national awards, The Burning Bush (11 Czech lions). The recent black horse from this current is Fair Play, a story of a rising young athlete, aiming for the Olympic Games in Los Angeles in 1983, who gets entangled in the state's orchestrated scheme. Light-hearted comedies belong also among the permanent residents of the local scene with films by Hřebejk or Vejdělek, or either more folk and earthy fare directed by the likes of Zdeněk Troška.
The emergence of more alternative and innovative works praised for originality is beginning to elicit a positive trend in Czech cinema. The daring black comedy Krásno prepared new ground for this, while the new drama To See the Sea expands the rupture in the so called old routine. Jiří Mádl, former teenage star reborn into neophyte director and screenwriter, jumps into the limelight with his unobtrusively sounding first feature.
Mádl's career as an actor without formal acting education was propelled by pubescent comedies which launched him into the stratosphere of Czech show business. The nimbus of schoolgirls' pet mostly contributed to Mádl´s typecasting as silly, hormonal teenagers. However, he started to reshape his professional image and redeem himself from such labels by starring in the meditative war drama Four Suns, where he showcased his real talent. And now, To See the Sea becomes proof of his legitimate filmmaking ambitions.
The seeds of the story started sprouting for Mádl in 2011, with the plot partly inspired by Mark Haddon's novel The Curious Incident of the Dog in the Night-Time, a first-person narrative about a 15 year old British boy with autism investigating his neighbor's dog's mysterious death. Mádl transplants certain elements of the story to his hometown of České Budějovice. His lead is now 11 year old Tommy who is investigating the curious behavior of his father. Tommy is a bright kid (and seemingly not autistic) and very receptive, almost over-receptive, as he starts suspecting his father of an extra-marital affair or as he puts it: "Daddy has another lady to love."
Before Mádl put to the test his filmmaking ambitions, he took a 6-month course of directing at New York Film Academy. He confesses that the typical three-act structure is much more close to him than those used by European filmmakers. His preference is obvious by observing the plotting and development as the first act mostly introduces characters and uses the screentime to show the protagonist and his best friend, a Croatian immigrant of the same age, at play. They even perform a fantasy wedding between Tommy and his school crush represented by his slightly androgynous friend. The second act kicks off with a secondary plot line about the family life of the Croatian kid, venturing into a gloomy spectrum of kitchen sink realism which is an unexpected and sudden turn of events. The third act slowly unveils the great mystery behind the father´s frequent and secret trips in a major twist, which pumps a huge dose of melancholia into the story which was already anticipated by Tommy´s friend tough life.
The director adapts the kid´s point of view directly through a found footage aesthetic. Tommy wants to desperately become a second Miloš Forman and when he receives a digital camera as an birthday gift, his dream is only step away in becoming true (obvious autobiography elements to Mádl come along the way). Tommy decides to make a film about his family. So the story is not only narrated from the perspective of an 11 year boy, but also shot from thereof.

To See the Sea is actually the first Czech feature shot entirely on a digital SLR camera. The concept of the film embraces recent Youtube culture and the selfie generation in the form of a crisp zeitgeist. Cinematographer Edita Kainrathová uses a plethora of documentary style approaches while throwing in a bundle of atypical angles. The plot is tailored upon the conventions of the detective genre, which also serves as the primary narrative framework holding together the various story divergences, so in this way Mádl shoves a fair share of unlikely suspense into the story.

In general, To See the Sea is mostly derived from coming-of-age traditions permeated by a patchwork of manifold genre elements as mentioned above. Mádl consciously works with various plot mechanics in satisfying ways. For example anticlimaxes come in the form of comedic intermezzos which relieve the film's accumulated melancholia. One such  scene, albeit a rather ambivalent or Freudian if you want, is when Tommy records his parents during intercourse.
A surprisingly good debut, To See the Sea puts Mádl on the track for a promising filmmaking career, and exorcises any doubts generated by his typecasting as an actor. The theme about kids coming to terms with the sombre side of life a bit earlier than they should disposes of any extensive sense of depression in the film with Mádl's careful choices and lighter approach.
Tweet Post Submit

Do you feel this content is inappropriate or infringes upon your rights? Click here to report it, or see our DMCA policy.
Czech cinemaCzech republicJiri MadlTo See the Sea