The Fantaspoa film festival dedicated the first two days of its tenth edition to the living legend Lloyd Kaufman and Troma, the company he founded together with Michael Herz back in 1974. It has been so far a wild and incredible fun time here in Porto Alegre, or "Gay Port", as Kaufman prefers to call this Brazilian city. On Friday Kaufman presented and stayed for the Q&A of one of the two screenings of The Toxic Avenger, the quintessential Troma movie that is now celebrating its 30th anniversary. A day later, Kaufman's Make Your Own Damn Movie Masterclass took place at Cine Santander Cultural, with fans and aspiring filmmakers coming to learn from the truest American independent; Canadian director Bruce LaBruce and British film composer Simon Boswell also attended the masterclass.

With the help of his own damn computer, Kaufman began his lesson around 2:30 PM and then stopped only for three short breaks before leaving the theater almost at 9 PM. It was, indeed, a huge class, like going to school only that this was very, very funny, full of anecdotes, advices and video clips (including interviews that Kaufman made to such directors as Eli Roth, Stuart Gordon and David Cronenberg).

I really don't want to spoil the Make Your Own Damn Movie Masterclass, or the series of books and DVDs, so I'll just give you a taste of it with five short lessons from Mr. Lloyd Kaufman! You can find them in the gallery below.

Make Your Own Damn Movie!

“It’s very hard now to live off your art, at least in my country (the US). But since you can make movies for nothing, we keep going. We don’t have to go to Hollywood or work in the Walt Disney World parking lot. We can actually have a productive life, be a teacher or a nurse, and still make movies. We are just not going to have all the cocaine and limousines and hookers that our friends in Hollywood have.” 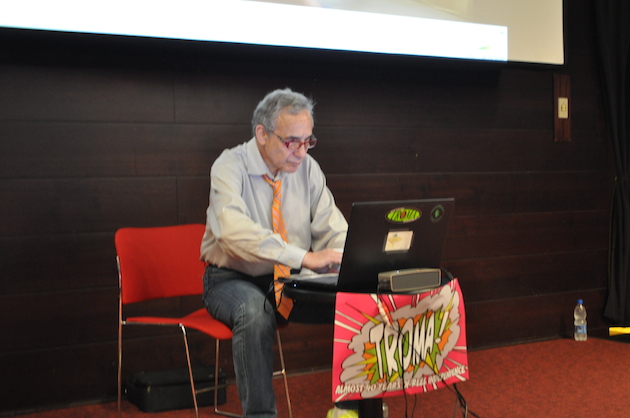 “I noticed on so many underground movies that I’ve acted in that they don’t pay attention and give their friends an acting role. There are so many good actors out there and you just have to spend some time casting. I noticed so many people don’t do that and they have terrible acting. To get a good actor is not that difficult. They’re everywhere!” 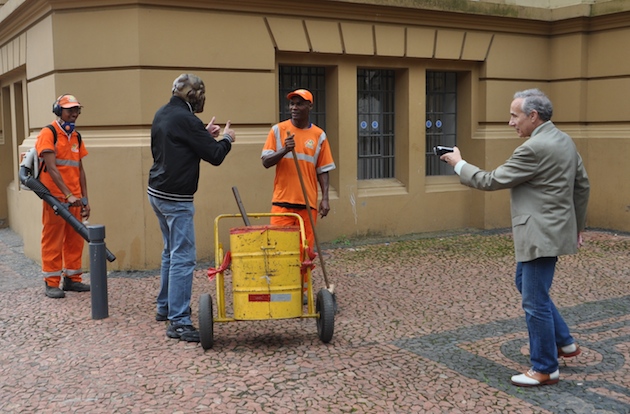 “Just make your own damn short film. Unless you have a rich friend, it is very hard to make money. Get a dancing cat and put it on the Internet and get a million people to watch it! Have somebody run across the train tracks and get crushed and you’ll get some money with Youtube.

"Later many directors who were starting would make a short film that was very beautiful and they would show it to Steven Spielberg or a big studio. They used it as a calling card to maybe get a job in the movie studio. Now shorts are coming back because people are watching them on Youtube. The short form is getting popular, just not economically commercial.” 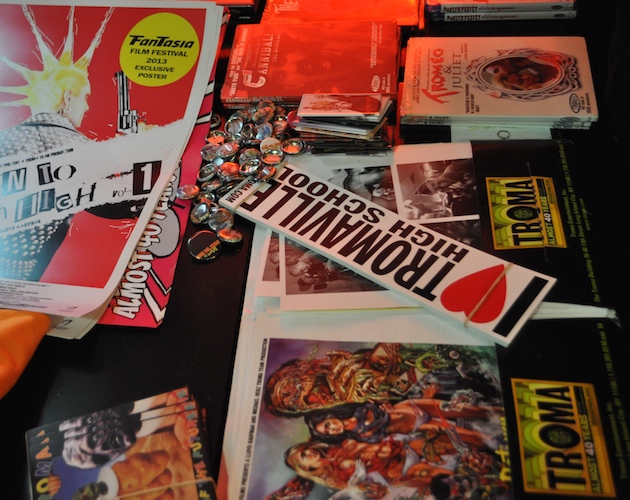 “With one foot on reality the audience will accept more the crazy stuff, so we really try to do everything on real locations. We don’t like to build sets; sometimes we’ll shoot in the studio but that is if we have to use just a blank space and build some kind of weird set. We don’t do much green screen either.

“When you shoot on location, at least in the United States you need to have permission. In New York City, you can film everywhere if you are very organized and have insurance. They provide free police and you have to pay a very small amount for permits. We paid some money for the dancing in Return to Nuke ‘Em High, a small amount. Insurance can be expensive.” 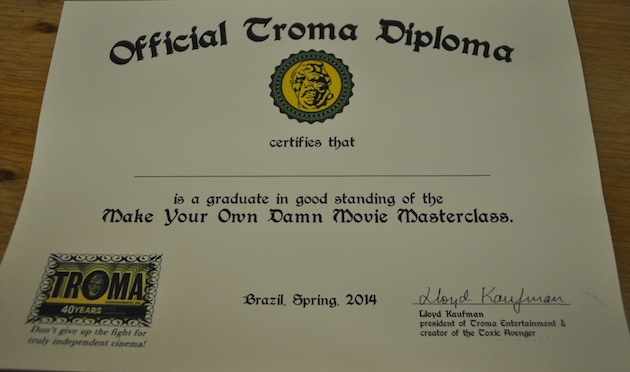 “The safety thing is really the most important. We don’t hire amateurs for the stunts or the fire burns or the people jumping off the roof. We don’t. We use professionals. If we have to blow something off we pay for it. We don’t try to save money. We try to get the best deal from the best person. We don’t want danger. I would stop making movies if someone gets seriously injured or dies during a Troma shooting.”

Do you feel this content is inappropriate or infringes upon your rights? Click here to report it, or see our DMCA policy.
FantaspoaFantaspoa 2014Lloyd KaufmanMake Your Own Damn MovieTroma