Benjamin Umstead
Editor, U.S.; Los Angeles, California (@filmbenjamin)
Tweet Post Submit
Spring has most certainly arrived in The Big Apple (finally), which means so has the Tribeca Film Festival. Now in its 13th year, the fest kicks off tonight with Time Is Illmatic, multimedia artist One9's documentary on Nas' landmark album Ilmatic. Things then get going good and proper tomorrow and on until April 27. But now... now, some members of our intrepid team in NYC bring you their selection of films playing this year's Tribeca that they're most excited about, both some they have already seen and some they have not.

In the coming days keep an eye out for a slew of reviews and interviews from the fest, and for first hand impressions be sure to follow the team on Twitter at @ScreenAnarchy | @bournecinema (Christopher Bourne) | @JaceyCockrobin (Joshua Chaplinsky) | @tiniv (Valentina Valentini) 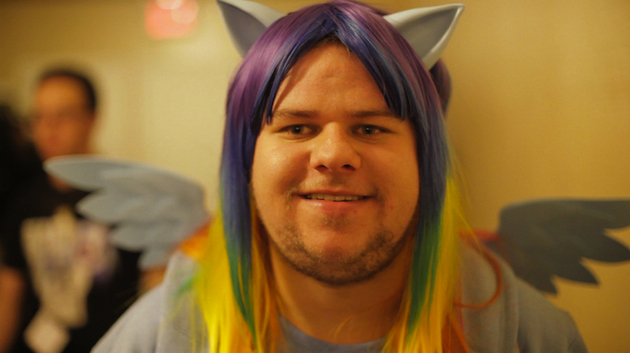 I'm a sucker for documentaries on strange internet subcultures. Who isn't? The best of them allow us to simultaneously gawk and identify; we learn about ourselves as we learn about our subject. At least that's what we tell ourselves, so we can rationalize the exploitative nature of the medium. Brent Hodge's A Brony Tale looks like it takes a light-hearted approach to what could easily have been a mockery, exploring the fascinating world of men obsessed with My Little Pony. It sounds silly, I know, but remember: Bronies are people too, and this could easily be one of your own (adult) children. -- Joshua Chaplinsky 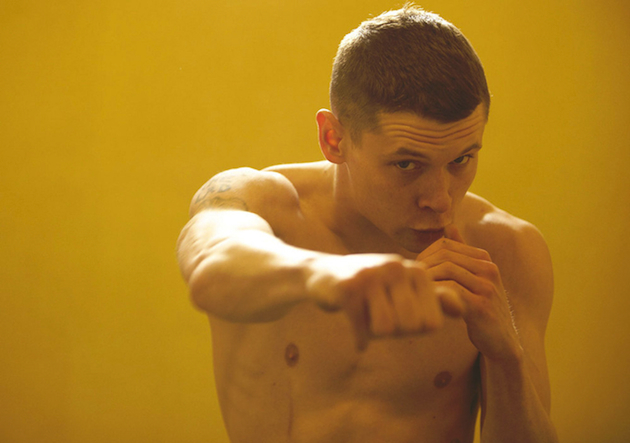 Words kinda fail me here. Just go see David Mackenzie’s film, which both echoes many of the great prison dramas you’ve seen (even something like Bresson’s A Man Escaped) and is wholly, spectacularly original. Forget all the talk you’ll hear about the performances and Mackenzie’s direction—not that these aren’t beyond-praiseworthy, but they may distract you from the artistry of Jonathan Asser’s script; simply put, it manages to enthrall on the level of detail while structurally and thematically crushing your rib cage on its way to grabbing hold of your heart. -- Peter Gutierrez 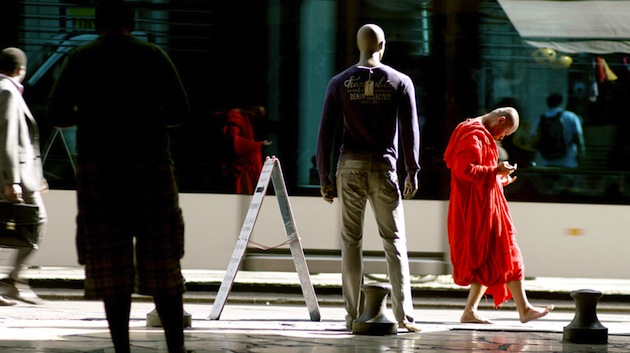 JOURNEY TO THE WEST

This is the sixth in Tsai Ming-liang’s series of short films starring his perennial muse Lee Kang-sheng as a slow-walking monk making his travels in various urban centers around the globe. This latest entry moves the action to Marseille, France, and promises to be as beautiful and as mesmerizingly contemplative as the others. -- Christopher Bourne 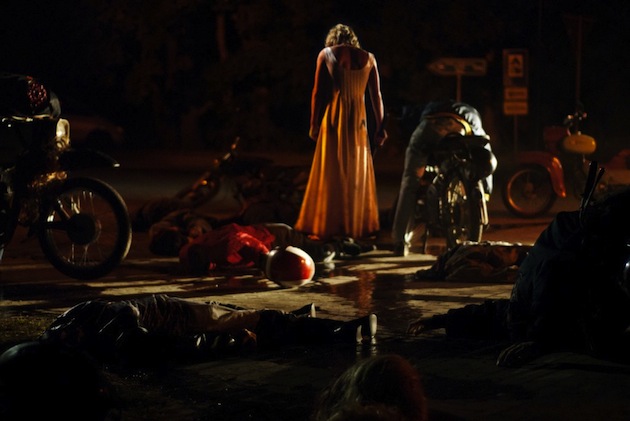 Partially funded on Indiegogo, Der Samurai is the type of film I live for: well made and weird. I count myself lucky if I come across a film like this once every festival or so (unless that festival happens to be Fantastic Fest, in which case, Happy Birthday to me). It plays like a cross between Twin Peaks and Kill Bill with a queer sensibility, and although not perfect, it's the most audacious film I've seen at Tribeca thus far. Basically, a dude in a dress runs around the forest with a mail-order samurai sword, hacking and slashing his way through a local policeman's inner demons. Highly recommended for those with more adventurous predilections. -- JC 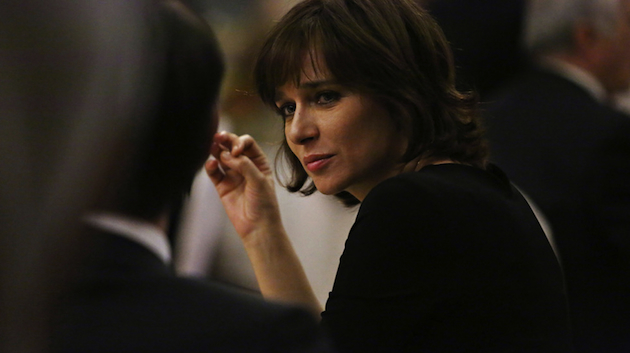 Paolo Virizi's (Her Whole Life Ahead) new film is a very well-made story of the world financial crisis told with a nicely executed overlapping tripartite narrative structure, built around the fate of an unlucky cyclist who is unwittingly caught in the financial and emotional shenanigans of two families. One is much wealthier than the other, but they’re both on equally precarious positions on the shifting sands of risky economic speculation. Everyone finds that the human costs cannot be as precisely calculated as the financial ones. -- CB 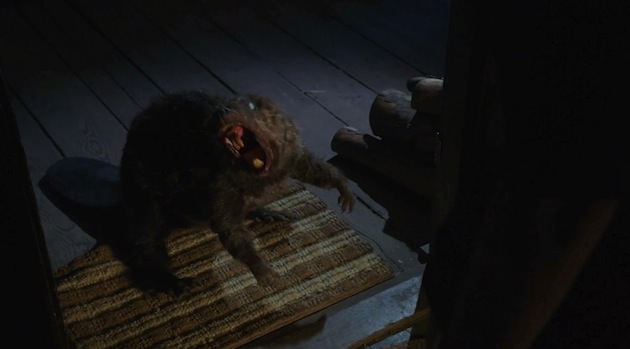 Everything you need to know about this film is conveyed by its title. Zombie. Beavers. 'Nuff said. If a more tantalizing portmanteau exists, I haven't heard it. This could easily be my most anticipated zombie animal flick since Black Sheep. Of course, that film was a bit of a disappointment, and you'd think I'd learn my lesson with these horror comedies, but the potential for sophomoric innuendo here is too great to ignore. And generally speaking, if the internet has taught us nothing else (which it hasn't), it's that zombies are cool and animal hijinks are the height of hilarity. -- JC

Grave Encounter directors The Vicious Brothers return with this sci-fi horror midnighter (originally known as The Visitors) about a group of friends and very strange experience in the woods. It might sound like familiar terriroty, but if done well, it could be a real thrill. -- Ryland Aldrich 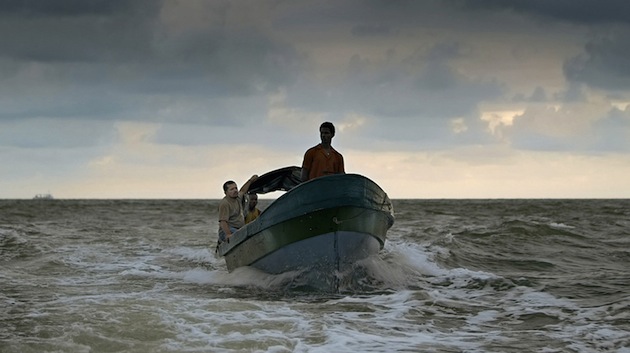 A real marvel, considering how familiar it might seem at first blush: exquisitely shot, edited, and directed, and that's just the beginning. Consider it a road movie on the water, but with some effective suspense sequences sprinkled in. Sentimental at times, sure, but in the manner of crime dramas the world over. Tribeca has been notably terrific at presenting films like this in recent years; here's one more. -- PG

BENEATH THE HARVEST SKY

The most striking thing about this potatoes-and-pills bildungsroman is its authenticity. The characters on screen feel like real people, especially best friends Dominic and Casper, played by talented newcomers Emory Cohen and Callan McAuliffe.  The small Maine town they are trying to escape is so evocatively portrayed, it's like a geographic antagonist. Everything about the filmmaking is effortless and naturalistic, which makes sense, as directors Aron Gaudet and Gita Pullapilly have a background in documentary. Despite some issues I had with the ending, this is a very strong narrative debut. -- JC 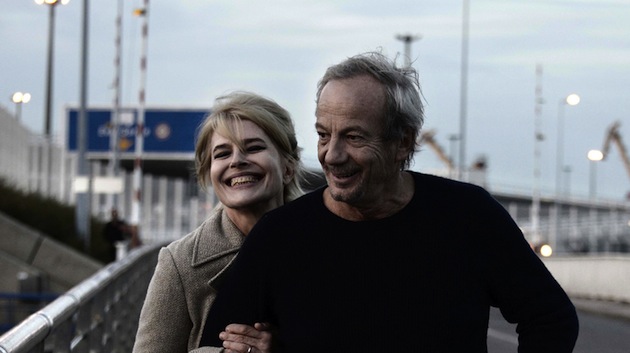 This French drama about a May-December affair is much more enjoyable and nuanced than its premise suggests, due to a wonderful central performance by the still luminous Fanny Ardant, a great cast of supporting players, and a well-honed sense of what it means to be confronted with impending mortality. -- CB 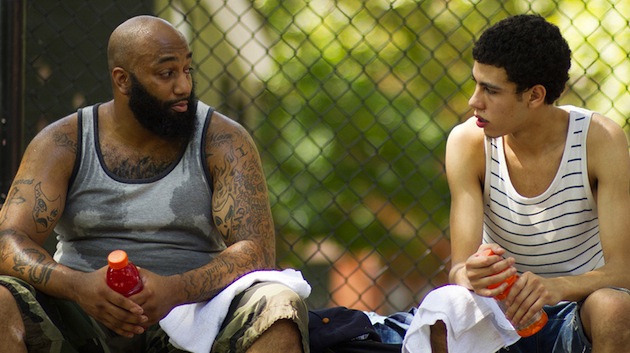 Super talented writer-director Keith Miller (Welcome To Pine Hill) uses his “Blast of Reality” approach to create a highly effective fic/nonfic blend that plunges you intimately into the world of its characters. With equal mastery of scenes cute and ominous, Miller achieves moments that seem simple and clear but layer upon each other with increasing complexity. And just when you think the story may fall back on clichés, it veers sharply, surprisingly, memorably. -- PG

[Full Disclosure: XYZ Films, which is affiliated with ScreenAnarchy, is handling sales for this film] 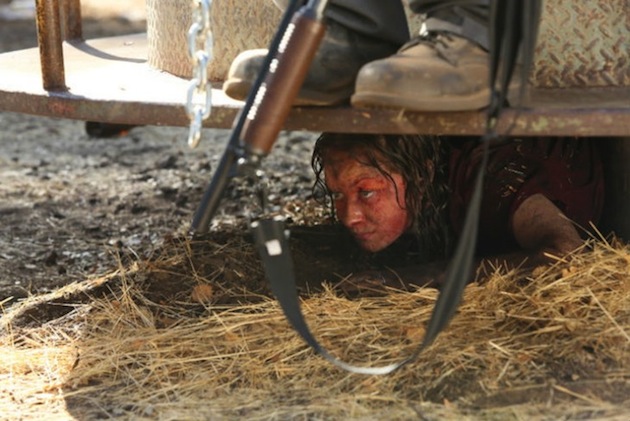 Actor Christopher Denham, of Argo and The Sound of My Voice fame, returns with his second feature as a director. I haven't seen his debut, Home Movie, and there isn't much to go on—just a few still images—but word around the internet has been positive. And that "word" consists of such words as "tense," "finely" and "crafted," "white-knuckler" (in the non-pornographic sense), and "taught." As far as I'm concerned, when it comes to Midnight fare, those are the words I want to hear. Especially in conjunction with "paranoid," "survivalist," and "horror." -- JC 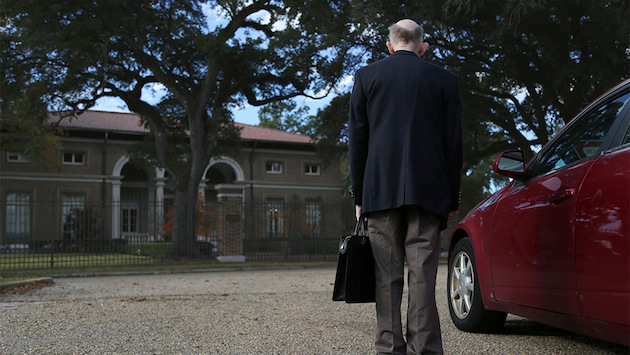 A fascinating, often humorous documentary that follows two obsessive individuals: Mark Landis, a highly skilled art forger and diagnosed schizophrenic, who over the course of 30 years duped scores of museums across the U.S.; and museum registrar Matthew Leninger, the Javert to Landis’ Jean Valjean, who discovers the con and doggedly tracks Landis’ trail. This is a nuanced and complex portrait of a conman who wasn’t in it for money, but for a desire to be respected and accepted by others. -- CB

A newlywed couple retreat to a cabin in the woods to bask in nuptial bliss. Before long, this idyllic situation deteriorates into bickering and body horror. If you can see past the cliched setup, you will be treated to one of the most intense displays of marital strife this side of War of the Roses. Director Leigh Janiak does a lot with a little, and her minimalist approach only adds to the realism, especially when you find out who or what is behind the mystery. -- JC 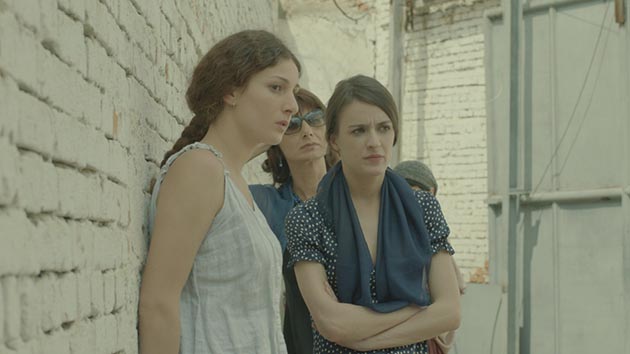 This Georgian love story between a prisoner and his new wife by first-time director Tinatin Kajrishvili promises to tell a personal story from an cinematically under-represented corner of the world. -- RA 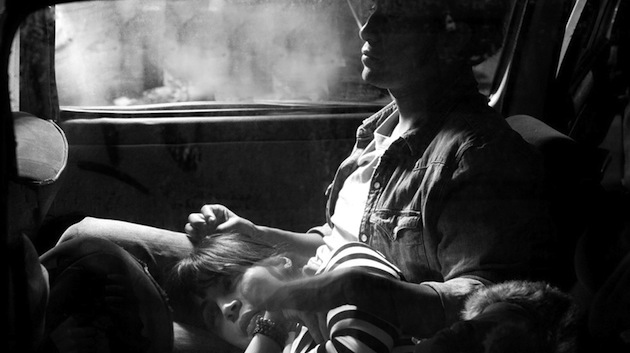 Retro-cinephilic in its design – shot in black-and-white Academy ratio – this endlessly inventive debut feature from Mexico teems with youthful energy, and with a verve and brashness evoking the French new wave. It’s full of ideas about revolution, the power of music and poetry, sharp observation on class and social divisions, and meta-commentary about Mexican cinema itself. -- CB 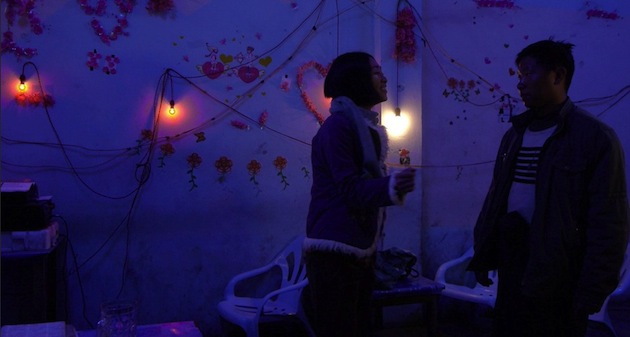 The "ice poison" of the title is crystal meth, which two Burmese denizens, both trapped in impoverished circumstances, embark on dealing to try to escape. But they apparently never heard of the drug dealer edict of never getting high on your own supply, and they also submit to the embrace of addiction, with dire consequences. Midi Z’s third feature is mesmerizing and quietly powerful, qualities which its minimalist documentary-like realism only enhances. -- CB

Do you feel this content is inappropriate or infringes upon your rights? Click here to report it, or see our DMCA policy.
curtain raisersTribecatribeca film festival