THE GUARDIAN Interview and Behind The Scene 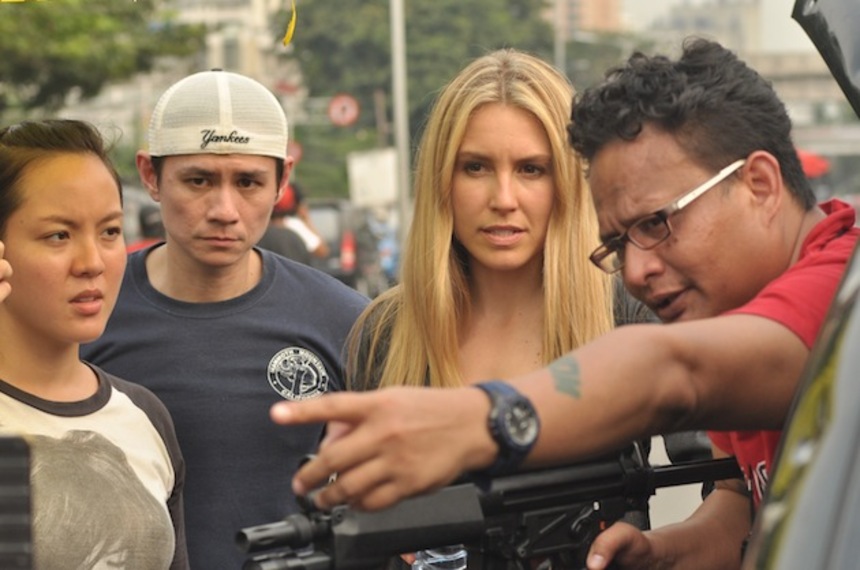 On April 30th The Guardian - an Indonesian action film - will hit theaters across Indonesia.  We've already shared the trailer and now I get a chance to sit down with the executive producer Sarjono Sutrisno and the director Helfi Kardit to talk about the film and go home with the Behind The Scene footage that you can watch after the interview. 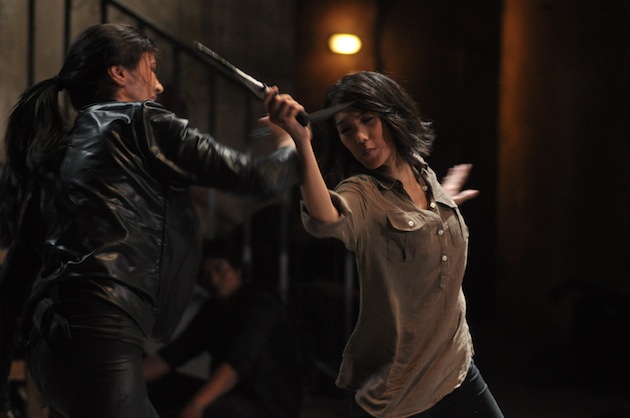 Your movie from best-selling book "Surat Kecil Untuk Tuhan" (A Letter To God) is Indonesia film with most audience back in 2011, but since then you didn't make any film base on best selling book or the same genre that you've know sell well to Indonesia audience? why?

Sarjono Sutrisno (SS): Because i wanna try all angle, i don't wanna be trapped in a paradigm, or stuck with one thing, and there's no exact rule to make a box office i think. There's always a risk, so why not try something new?

What do you think of Indonesia film climate right now?

SS: Well, it's sad actually, and most of it because of the film itself, it doesn't really offers anything new locally, even i as a filmmaker having hard time dragging myself to watch Indonesia film, but i believe there's something more in the future. Now I make films considering a more universal audience, and there's where i can see chances.

How do you think the Indonesian audience will progress?

SS: The films themselves are getting better, but the audience isn't coming yet. They'll learn in time to see what Indonesia films have to offer. But look at our TV, they offer something free, but with a very low quality, which they don't have to think. On the other hand, they have to pay to watch film, and they have to think. 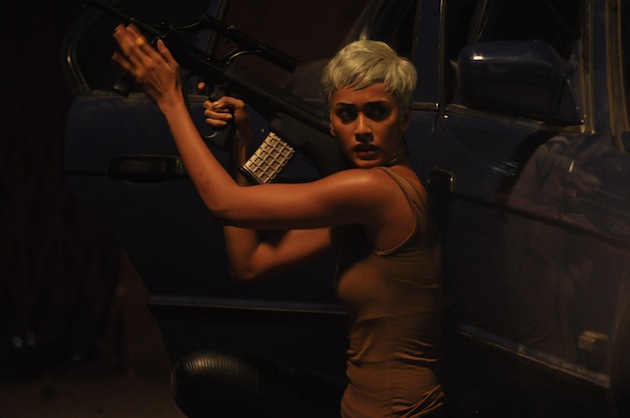 OK how was The Guardian started?

SS: So the idea came from me. I wanted to make an action film. I really got inspired by movies like Bourne Series, it just so awesome, but i want it to be a female lead. More with a family relationship, everyone can understand that relationship, and I get touched by such drama, rather than a boyfriend and girlfriend thing. which in this case it's about a mother and daughter.

I have to ask about the actress Sarah Carter that play as the main protagonist, do you have her in mind when you develop this story?

So what's the consideration? is it a marketing gimmick or something else?

SS: I always had in mind that the character is a foreigner, but i haven't figure it out by then.

SS: So the look of the film is different, and how we get into the story have a different perspective, and of course we see it as a worthy move for marketing. And there's no such movie in Indonesia film recently. so it might be appealing.

How was it to work with Sarah Carter?

Helfi Kardit (HK): It was really exciting, and the story itself need such character, and she's a tremendeous actress, and she really know what her character is and what the story needs in every shot and every scene, just get into discussion with her is a very fun experience. 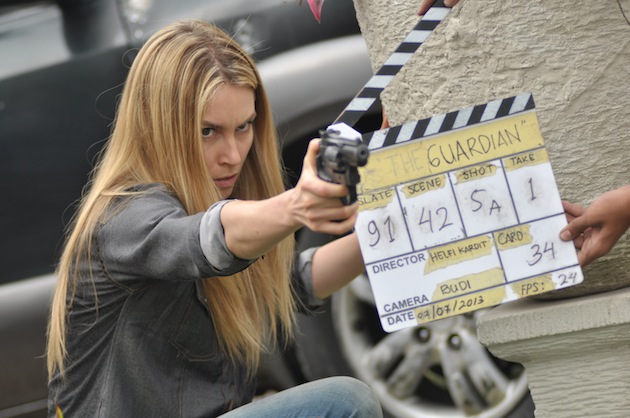 How was it to make an action film for the first time?

HK: This is the first time for me and my team, with action film we really have to do all kind of preparation and research, we put a lot of energy in pre-production because it's not like anything we have done before and it takes more time than we usually do. but i always want to do action film like this.

Alright we come to my last question, The Raid has become a benchmark for action film, maybe not just in Indonesia, how do you see it?

SS: It opens up many chances, it's easier for us to talk with people abroad when we bring up The Raid from Indonesia, and they get it right away, and I really hope The Raid 2 does well, the competition for our audience is not with our fellow Indonesia film, but it's with Hollywood blockbuster.

HK: I think I need to thank Gareth and his team to make such film, but I have my own character and my own way of directing, I admire The Raid, let's say this past ten years we barely have any action film from Indonesia beside The Raid and Indonesia needs more films like this, we need to keep developing and making it.

That's it, and here's the Behind The Scene footage of The Guardian.

disclaimer: the original interview is in Bahasa Indonesia.