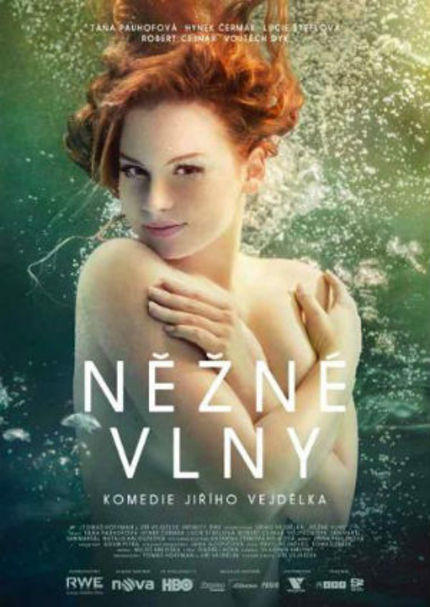 Czech filmmaker Jiří Vejdělek has acquired the status of a successful commercial filmmaker with several domestic romantic comedies, Men in Temptation and Women in Temptation. His latest film, The Tender Waves, also falls under the niche of romantic comedy.
(After a relatively cumbersome theatrical release, his producer started to boast about Vejdělek's Women in Temptation being picked by The King´s Speech producer for a U.K. treatment, a see-through PR strategy to mobilize the audience.)
The retro Communist setting of The Tender Waves seems to be prevalent in many recent Czech films. Their use of history as something to immortalize, but also to revisit, and to redeem past sins. The best Czech film in 2013 according to domestic film critics and the Film and Television Academy became Burning Bush (In the Shadow, a crime drama taking place in 1950s Czechoslovakia, won the year before), nevertheless several other films share common features, glossing recent history. Vejdělek fulfills this actual trend, or rather the actual demand of the local market, while exercising his dexterity in the rom-com genre.
To boost up the retro nostalgia, the director opens the film at the twilight of the ruling regime in 1989. The communist regime is about to fall and Vojta is going to lose his virginity. It is funny as a premise but also as a gag. Nevertheless, we are soon taken to the beginning of this rollicking affair, before the main protagonist was even conceived. His mother was aspiring skater and father ready to overcome La Manche. But that did not happen, at least not as he would have wanted it. After the scene à la Benjamin Button (Tilda Swinton swimming piece), the mother finds out about her pregnancy and before becoming caring mother she sells tickets to the town's theatre. With her artistic career ruined, she keeps sowing artistic seeds into her offspring, while the father falls in a rather routine of a life, bracing up his already choleric temper. 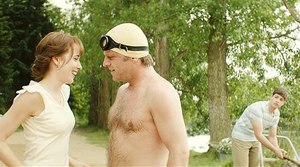 Little Vojta grows up in this fairly Freudian environment until he meets the love of his live at early age, a rising starlet of synchronized swimming, redhead Ela. The screen time until the final deflowering everybody is impatiently expecting is filled with events of common folk and his adolescent son, disappointing his father and bringing shame while still having a sympathy of his mother. The daily life is illustrated mostly for older generations remembering those times not long ago. The screenplay dandles well tiny snippets of experience under the Communist regime as perceived through the lens of growing kid triggering the sweet nostalgia. If The Tender Waves are calculated retro schmaltz then the money was well spent.
The Tender Waves is by all accounts a typical chick flick or a date movie, in the first place sliding the retro vague, in the second being a virtuous teenage comedy. While Vejdělek used several templates, most notably in constructing the residents of small Czech town according to established stereotypes (a constant hitting on Vojta´s mother by a local postman being one and in no way linked to the main plot), the director´s comedic touch triumphs in small yet hilarious visual gags embroidered by magnificent camerawork. Unfortunately, the plot feels flat hence the myriads of digressions and as an outstretched anecdote. The director loves the climax (the velvet revolution caused, well, by horny teenager, aren´t they all behind mankind´s greatest events?) so much he is willing to build 60 minutes of sparsely plotted story to finally, and to the entertainment of many, reach it.
The film´s forte, light-hearted period atmosphere, flourishes also thanks to a great cinematography (by Vladimir Smutný). Also Slovak experienced actress Táňa Pauhofová excels in the role of the mother and more screentime for her would do only good to the whole movie. Hynek Čermák is the choleric clown in the role of father ensuring cheap laughs with his lumberjack self-therapy. It is a bit weird that supporting characters attract more attention (due to acting and character scenes), but lack of chemistry between main protagonists and their underdeveloped relationship (which had to grind already in the screenplay) are to blame. The director´s experiences and the nostalgia are putting the film above average Czech mainstream rom-com and meets its initial sentimental promise: ,, About times not long ago when life appeared to be hopeless yet still full of dreams and human joys."
Tweet Post Submit

Do you feel this content is inappropriate or infringes upon your rights? Click here to report it, or see our DMCA policy.
ComedyCzech RepublicJiri VejdelekRom-comTender Waves