Review: ILUSIÓN NACIONAL, Little More Than A Recap Of Mexico's History In The World Cup 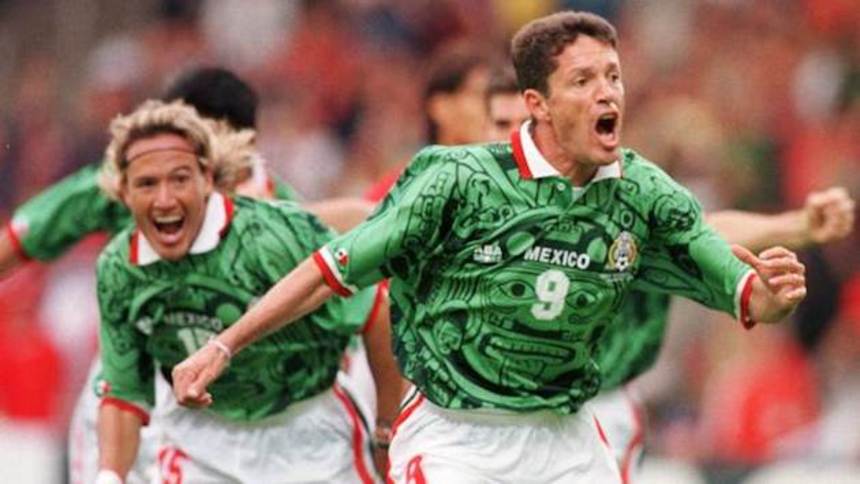 The professional Mexican football (soccer) league had one of its darkest chapters just last weekend, because of an extremely violent confrontation between members of a firm and the police inside a stadium in Guadalajara. In this country, as in many other parts of the world, a sport like football is primarily a passionate celebration, but one that is so massive (economically, politically and socially) that it, of course, also brings many problems.

Olallo Rubio's third documentary (and fourth film in total), Ilusión Nacional, is a take on how the world's most popular sport relates to Mexican society and politics. It is set to be released in Mexico just two months prior the 2014 FIFA World Cup (smart timing, right?) and, indeed, it tries to confront both the joyful and the troublesome side of soccer.

Rubio is well known for his previous docs (So, What's Your Price? and Gimme the Power) and his style has not changed here. Being a former radio jockey, he always functions as the narrator, and thematically he usually relates everything with the sociopolitical context. For example, his previous work Gimme the Power had Mexican rock band Molotov as the main subject but it also touched the history of Mexico's presidents. What sets Ilusión Nacional apart from the bodywork of Rubio is its lack of original material as the doc is constructed entirely with stock footage.

It means there was a laborious work in order to find the best looking material possible and some of the footage is rather unusual, which is one of the most valuable aspects of the film. Rubio has been always obsessed with television, and there are at least three commercials or reports featuring football players of Mexico's national team that represent the kind of curious material the docs offers. There's also the appearance of presidents, like Carlos Salinas or Vicente Fox, encouraging the team in images that are embarrassing and kitsch enough to be real fun. 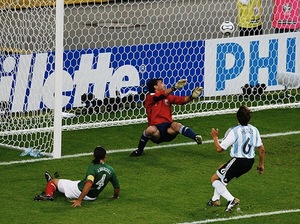 Ilusión Nacional could have worked very well but the reality is other. Here the main narrative deals with the history of Mexico in the World Cup and Rubio will only stop for seconds with any other aspect before returning to the main thing. In consequence it can serve as a fun collective experience with the right audience, as Mexico's appearances in the World Cup are, to put it lightly, peculiar.

Mexico was the first team ever to receive a goal, has been the last place of the cup, disqualified for cheating, and of course the Mexican representative has never reach the semifinals (or the quarterfinals in a foreign country). In some ways, it is a history of near success that in the end always becomes a "tragedy", especially when the definition is through penalty kicks. There's a certain enjoyment attached to this recap, mostly if you're with the right audience, like I said, that can "suffer" again or for the first time a defeat like the one against Bulgaria in USA 1994. However, it is also repetitive and, when Rubio tries to talk about other issues beside the Mexican squad, a bit messy.

While we see Mexico's most important moments, goals, wins and defeats since Uruguay 1930 to South Africa 2010, Ilusión Nacional briefly touches such football subjects as the history of the chilena, the impact of racism, and the pressures players can experience. Take for example what we see while remembering USA 94: Rubio stops to say a Colombian player (Andrés Escobar) scored an own goal and that misfortunate play might have been the reason behind his eventual murder. Does Rubio goes beyond just recalling the "anecdote" of this Colombian footballer? No, not really as that is not the central topic.

A purely cinematic sequence, with a montage of furious acts by football players of all nationalities, feels out of place because of the nature of the documentary (that of telling Mexico's World Cup history), not mention obvious as violent plays are set to heavy metal music. When racism is brought via Hugo Sanchez and his experience of playing for Spain's Atlético de Madrid, Ilusión Nacional acts again as a summary. When violence, television broadcasting, politics and even the Mexican Drug War are mentioned, there's nothing we haven't seen before in any TV show and, most importantly, a fresh and depth perspective is missing. 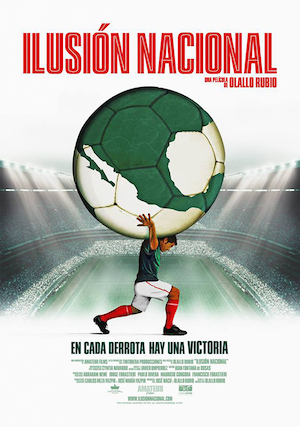 A documentary should offer plenty more, a firm vision, and not just the opportunity to watch Mexico's best and worst World Cup moments on the big screen. One can feel Rubio's love for Diego Maradona and his hate for the former player and coach Ricardo La Volpe, but there's little else distinguishing. In that regard, this is by far Rubio's weakest doc and one that only illustrates its tagline of "in every defeat there's a victory."

This because the film begins showing Brazil's most painful defeat ever (that 1950 final against Uruguay, disputed in Rio de Janeiro) and how the Brazilians managed to reverse this and became the world's all-time best team with five championships. On the other hand, there's Mexico, losing always until a bunch of teenagers brought to the country the first two official trophies (the 2005 and 2011 U-17 World Cup) and later the Olympic team defeated Brazil in London 2012 to get the golden medal. Yes, you can be Brazil and lose sometimes and you can be Mexico and be successful at times. That's the message I got from this effort.

Ilusión Nacional turns to be quite disappointing as there is almost nothing to learn from it, especially if you are part of the target audience (football aficionados) like myself. Anyone looking for a profound exploration to understand everything that surrounds this phenomenon in Mexico is in for a very minor work. I'm eager to watch an essential documentary about Mexican football in general or the national team, with a rich variety of perspectives (players, fans, corporations, TV commenters, journalists, etc.), but Ilusión Nacional fails entirely to be that.

Ilusión Nacional had its world premiere yesterday in Mexico City. It opens in Mexico on Friday, April 4.

Do you feel this content is inappropriate or infringes upon your rights? Click here to report it, or see our DMCA policy.
FIFAFIFA World CupFootballIlusion NacionalMexican CinemaOlallo RubioSoccer

I have followed Rubio's work for around 4 or 5 years, mostly with his podcast. What I like about his work is that he's not pretentious enough to give you an answer, to tell you what to think or what to do. He just says what he thinks, what he doesn't like, he criticises, he questions and sometimes even defy politics and other stuff, but does not try to impose something. He just try to open your mind and is up to you to make your own conclusions. He just promotes self and original thinking...

Not in this movie.