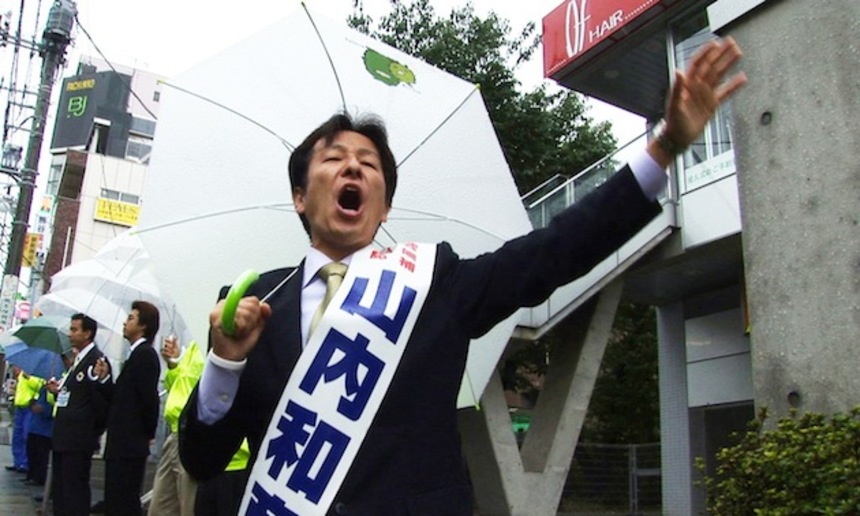 If you know Japanese Cinema, especially pre-1980s, but certainly not excluding current generations of filmmakers, then you no doubt know the name Donald Richie. The American critic who adopted Japan as his home after the war, Richie was an instrumental force in introducing Westerners to both Japanese filmmakers and Japanese culture. He passed away last year at the age of 88. So, yes, while it's rare to have a tribute series to someone mostly labeled as a critic in the public's eyes, Richie was a scholar, historian, author and cinephile of the highest order. Japan Society in New York continues their Richie themed series starting March 13 and running through March 29.

Last fall's Fantastic Five: Kurosawa, Mizoguchi, Ozu, Yanagimachi& Kore-eda, offered some of the finest works from some of Japan's greats. This time out its The Electric Eight: The Bold And Daring, giving focus to an eclectic and fresh set of directors including Imamura Shohei and Oshima Nagisa, Nomura Yoshitaro and Shinozaki Makoto.

Many films will screen in 35mm. Part 2 opens with Kaneko Shusuke's Summer Vacation 1999 (made in 1988), which deals with a rural all-boy's school and the return of a recently deceased student. Some readers may note Kaneko for his Gamera trilogy and Death Note films. Also playing is Oguri Kohei's Muddy River about two working-class boys who strike up a life-saving friendship. Also of note is a rare look into modern Japanese politics with Campaign, the 2007 doc by Soda Kazuhiro, which follows his long-time friend as he runs for local office.

So no doubt is this series a real treat, featuring some rare screenings, and a great way to ward off the remaining cold nights. Click here for full info on the series.
Sign-In to Vote
Tweet 0 Submit