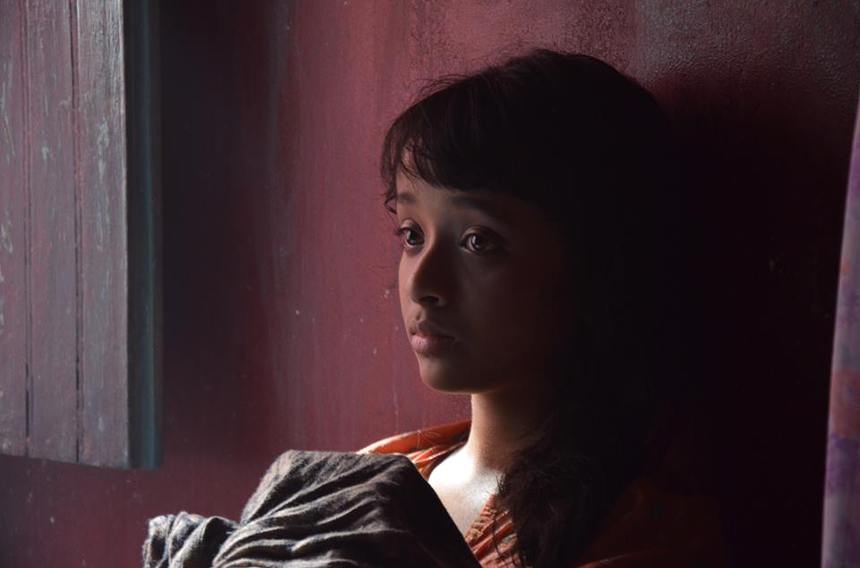 A film fest quickly gaining attention in fest-packed Los Angeles is the Indian Film Fest of LA. With last year's high profile screenings of Gangs of Wasseypur, Midnight Children, and Eega, IFFLA positioned itself as the best way to catch the latest high profile films from the subcontinent.

This year's fest is scheduled for April 8-13 and the organizers have just announced the opening night film as Emma Thompson-produced child trafficking drama Sold. The film is directed by Jeffrey D. Brown and stars Gillian Anderson, David Arquette, and Seema Biswas. Perhaps not the Indian hit that Wasseypur was, but an interesting choice none the less. Here is more on the film:

Through one extraordinary girl's journey, Sold illustrates the brutality of child trafficking, a crime experienced by millions of girls every year around the globe. Sold is a clarion call to action and a testament to the resilience of the human spirit.

"Because of Sold's marvelous script and courageous and brilliant cast," said Emma Thompson, "it is a story that we can ALL watch - so that we may understand the processes of slavery in modern India and feel able to act without feeling the kind of rage and hopelessness that gets in the way of doing anything."

Sold is an adaptation of the National Book Award-nominated novel by Patricia McCormick, based on true accounts. The book has been translated into 32 languages and is a powerful entry point to introduce young people to the issue of modern day slavery.

Look for the full lineup coming soon and find more info at the IFFLA website.