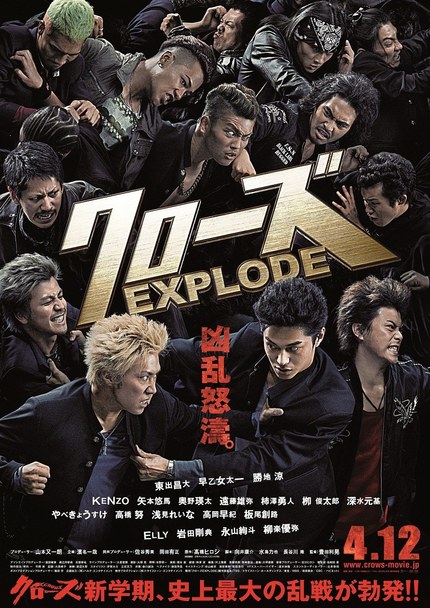 Continuing the series of Japanese teen gang films launched to massive popularity by Miike Takashi with his Crows Zero films, Blue Spring and Nine Souls helmer Toyoda Toshiaki steps to the controls for Crows Explode. Set in the same school as the originals a couple years later, most of the original characters have now graduated making this something of a reboot for the story but the style is very, very familiar.

The full trailer is freshly arrived on the scene and for those missing the angry young man phase of Toyoda's career, well, there are plenty of angry young men to be found here. Check it out below.