Video Premiere: No One Is Safe From The NIGHT GIANT 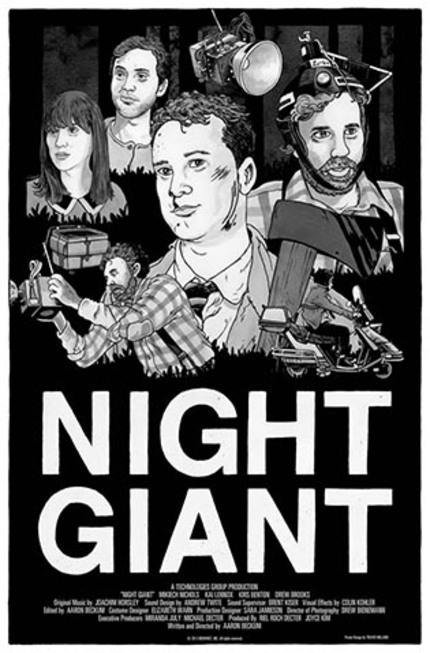 After a great festival run that included Fantasia, Toronto After Dark, Vancouver, and Raindance, Aaron Beckum has is making his enjoyable black and white noir/comedy short Night Giant available for all to watch and we've got the exclusive debut for you here..

What happens when an orange juice drinking patsy realizes he is being hunted by a Night Giant? Naturally, he seeks out the help of a dubiously qualified Giant Hunter and you get, NIGHT GIANT, the new black and white short film from Aaron Beckum. It's a noir-ish and unpredictably deadpan sci-fi comedy just released today after a very successful Festival run.

Aaron Beckum is a filmmaker, artist and musician. His short films have screened internationally and won several awards including an Achievement in Direction award from the Director's Guild of Canada for his previous short film "Who Wants to be an Amerikan"

You can watch the short below and check out more about director Aaron Beckum on his site.