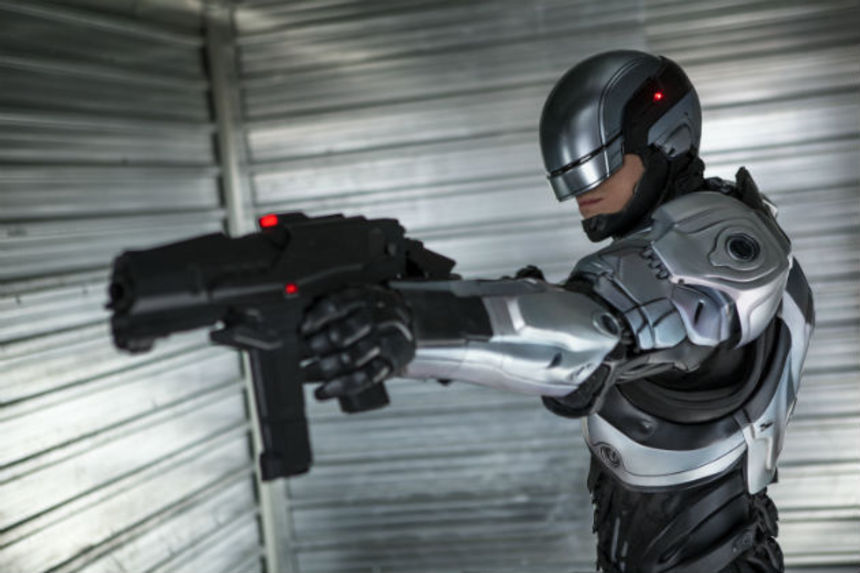 Way back in 1987, a non-American director came to these shores to make a film that worked as both an explosive and violent action film, but also a cautionary tale about militarism of our police forces and the growing fascism in both our political and judicial systems under President Ronald Reagan. Sure, the majority of the audience missed the social commentary (this then 15-year-old included), but what we got with the original RoboCop was what most great sci-fi or near-future works do: give the audience some ideas to chew on, and let them enjoy an excellent time while these ideas percolate throughout the film.

Paul Verhoeven's vision is a bleak one, to be sure, and his Starship Troopers took it to an even more logical, disturbing, and effective extreme. Yet the core of both these franchises is that they're genre films, taken by most audiences for better or worse at face value. Look at any of the egregious sequels to both Troopers and RoboCop, sequels many have frankly forgotten about, and you'll see the politics and irony traded for higher body counts and cheaper execution.

Yet here we are in 2014. The notion of a post-apocalyptic Detroit doesn't seem so far away, nor does the reboticization of our military and police forces. Enter José Padilha, a Brazilian director with an eye for action and a slightly heavy-handed take on the so-called "drone problem" that plagues President Barack Obama's foreign policy.

This 2014 RoboCop differs in many ways; for one thing, it's safer and more sanitized than the original, the exchange of bullets for tasers being the most indicative example. It is most certainly an homage to Verhoeven's film, incorporating ED209s, stomping sound effects, and many memorable quips. This is actually the weakest part of the film, in some ways, for the comparisons aren't particularly favourable when one is constantly being reminded that this is a reboot.

Still, not all is lost. Save for a propensity to shoot his actors with a single tear running down the right side of their faces, Padilha manages to inject some actual emotion into the piece. Snabba Cash's Joel Kinnaman, like many Swedes, seems perfectly believable as something built in a lab. While he lacks Peter Weller's baritone voice, he makes up for it with a kind of believability when he connects with his son.

All the stops are pulled when it comes to the politics, and the film's opening scenes televised from Tehran may be the most provocative and interesting. We've got Samuel L. Jackson as a Glenn Beck-like demagogue, Michael Keaton as the head of Omnicorp, and a conflicted Gary Oldman as the Doctor Frankenstein of the piece, doing much of the heavy lifting when it comes to the actual plot. 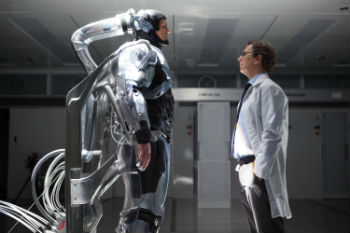 Joshua Zetumer's script plays the Mary Shelly beats a bit too hard, but the Promethean bargain that's at the heat of the story still manages to elevate it from being just another set of action stagings. In fact, the most tedious parts of the film are the mash of motion blur when said Robocop finally goes out for vengeance, lacking the grit or originality of the best modern action films. No, it's in the incremental decisions made by seemingly decent people that lead to moral quandaries where the film is at its best, even if it does try to wrap things up more nicely than we could have hoped in order for such a dystopic vision to be effective as a cautionary tale.

Detroit has never looked more like Toronto and Vancouver, which may speak to both the state of tax credits in my country and the state of shooting in a city as, well, "problematic" as Detroit. The fact that most scenes actually shot in the American city were done safely from a hovering helicopter speaks in a further way to the decline of this once great city. RoboCop once again won't do much for Detroit tourism, even if shots of Danforth and Granville Avenues make it look all shiny and inviting while our character whisks by on his Cylon-like bike.

So, it might be faint praise, but RoboCop isn't robo-crap. It's a decent-enough reimagining that owes as much to Ronald Moore's Battlestar Galactica as it does to the original film. It lacks both the depth and oomph of the original, but is miles better than the other sequels that in so many ways missed the point. It's a Hollywood film that at least addresses some metaphysics along with providing mayhem, questioning the notion of identity and self as a series of chemical impulses versus something more, the ghost in the machine that manages to make things right.

I don't know that we needed another RoboCop, and I don't know that if we did, this is the one we deserve. Still, as entertainment it's passable, as a showcase for some terrific actors chewing on scenes, it's a lot of fun, and by using the original music and some key elements, it provides a welcome dose of nostalgia. It's slightly chaste, and slightly misses the point of the original, but like the character itself exposed from all its ex-skeleton trappings, its heart seems in the right place as both homage and continuation of the social commentary that made the original film a classic.
The film opens wide in theatres across North America on Wednesday, February 12.