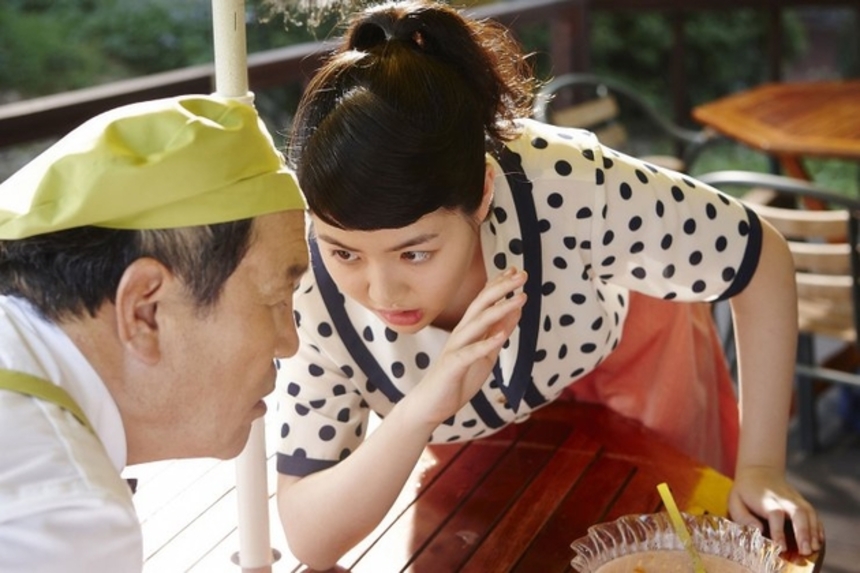 It was a huge weekend for theaters during this year's Lunar New Year, the biggest in fact, with around five million tickets sold. This was above the 3.5 million recording during last year's Lunar Year frame and significantly above the previous 4.5 million viewer record set during late summer last year when Snowpiercer and The Terror Live duked it out. What's more, a surprisingly close battle for first place took place as the two leading pictures swapped places a few times over the course of the week. With Lunar New Year falling on a Friday this year, the holiday stretched over Thursday to Saturday. Figures below are for the standard three-day frame.

Scoring a first after rising over 100% from its debut last weekend was the broadly appealing local offering Miss Granny, a film about a grandmother who suddenly finds herself in her 20-year-old self's body. The film attracted 1.75 million viewers to theaters after grabbing just over one third of the entire market. Miss Granny certainly overperformed, but evidently at the expense of the many new local films that were looking for a substantial piece of the holiday pie. The film is a few tickets shy of four million at present and should cross five and perhaps even six million viewers come the close of next weekend.

Growing 30% in its third outing was Disney's hit animation Frozen, which drew in another 1.64 million viewers, edging past the six million admissions mark in the process. The film is now the most successful animation of all time at the Korean box office, surpassing Kung Fu Panda 2, which went just over five million admissions in 2011. Animations have previously only been fringe performers in Korean theaters, with only a few films garnering solid if not remarkable returns. Perhaps distributors will begin taking a different tack with their animation fare following this remarkable (and ongoing) performance.

Coming in at number three was Man in Love, after it dropped under 25% for 341k spectators. The film is comfortably over one million admissions and stands a good chance of going over the two million mark, in line with expectations but one of the weaker recent performances by ace distributor NEW.

Faring less well was the retro high school comedy Hot Young Bloods, which some expected to be the holiday's top draw. After a 55% drop to 281k and a current total of 1.5 million admissions, the Lee Jong-suk and Park Bo-young film has fallen well below expectations.

Hanging in at number five was the rocket-fuelled The Attorney following a slight 10% dip to 279k. The film has now crossed the 11 million milestone and crossed Silmido (2003) to become the eighth most successful Korean film of all time.

Faring worst of all among new releases, after failing to crack the top five during its opening weekend, was the period Charlie's Angels-style action comedy The Huntresses, featuring Ha Ji-won, Kang Ye-won, and Brown Eyed Girls' Son Ga-in. After receiving quite a bit of negative press, the film only managed 262k out of the gate, a pittance against what was likely a hefty price tag.

Business will be down significantly this coming weekend and there aren't any big new films entering the fray, save for Hollywood's I, Frankenstein and The Lego Movie, so the current chart toppers should continue to do well, with Miss Granny poised to record a second top place finish.