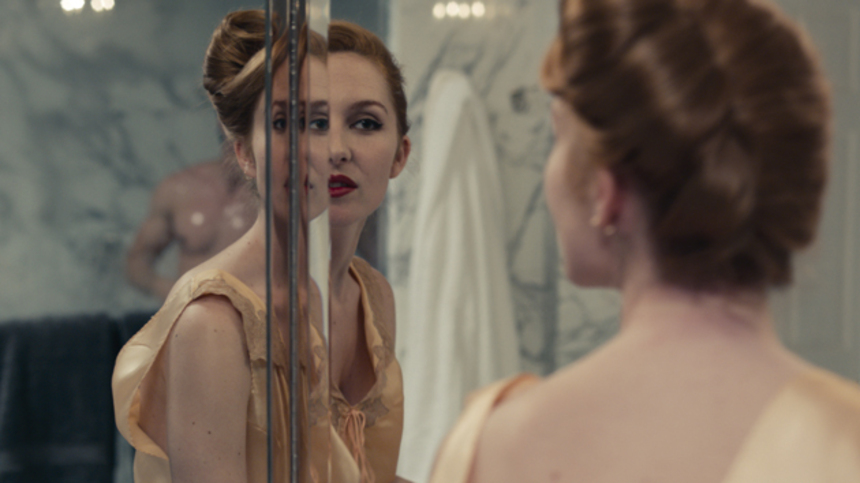 Xan Cassavetes has had one hell of a showbiz story. Daughter of John and Gena, she made her screen debut in her father's films Husbands and Minnie and Moskowitz. Trawling the Lower East Side art-punk scene during early 80's, she found herself at both KRS-One and Madonna's very first shows. Later, she toured for almost ten years with the group Shrine before taking up the family business in 2004 with the documentary Z Channel: A Magnificent Obsession.
We spoke this past fall at the incredible Strasbourg International Fantastic Film Festival, where her erotic vampire feature KIss of the Damned took the top prize. How many times do you get to write that?
ScreenAnarchy: Let's start with a softball question. Why chose this as your fiction debut?
Well, I didn't choose it actually! I tried to make about a million other movies before, but this was just the first one to get off the ground. I'm glad to have made a vampire first though. There's something very loose about the genre and this film in particular. It doesn't take itself too seriously, and you're encouraged to sort of play with vampires and their milieu, you're given a whole set of metaphors to twist at your will. It gives you a kind of artistic freedom - which is the best way to make a film.
The big homages aside, there are a lot of references in the work that aren't necessarily genre film specific. The main character is a screenwriter who becomes a kind of 'kept man'; he's brought into this older, hidden world, which really made me think of SUNSET BOULEVARD.
That's really cool. I hadn't even thought of that but I like it. Just like William Holden, Paolo is someone whose life is pretty aimless. At the point of entry of the movie we find him kind of despondent in an emotional way, and that's what gets them both into trouble.
You reference not just specific films, but the industry itself. The movie business never really figures into the plot per se, but its always sort of there, on the periphery. I don't imagine it's just by chance that one of the eventual victims is a Hollywood agent...
I can't help but think, in a snarky way, that a certain kind of human monster is an agent! [Laughs]
I really loved that character, Mike Rapaport's character of the agent. He's sweet and innocent and doesn't really know what he's doing. I loved that among all these vampires, he's this frantic coked-out monstrosity.
But yeah, the character that I for sure relate to the most is the screenwriter, Paolo. Like, you asked why I made a vampire movie and I told you my whole story about not making a movie until I was 45 and trying for a long time, and that really informs the character. He's a kind of burned out writer, disappointed by Hollywood and when he meets Djuna, well, she offers him entry into a whole new world. That's sort of the vampire promise. Just like, get me out of these rules I don't want to play by, being mired in this destiny that I don't sign off on.
I often think that if I hadn't been able to make this movie, and maybe if I'm not able to make another one, and I met an a vampire, would I let them bite me? Well, yeah!
You sort of were a vampire, weren't you?  As a touring musician for ten years, how much daylight did you really see? 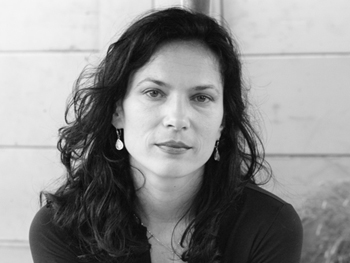 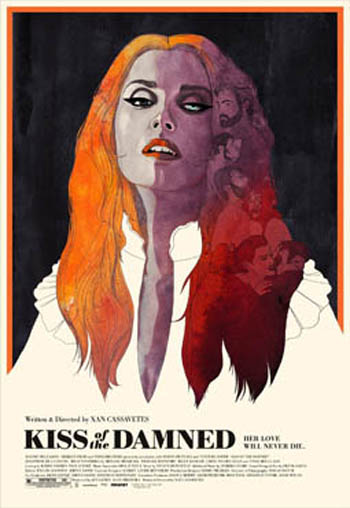 What does it take to shoot a good sex scene?
Well, I think what it takes to shoot a sex scene is that there's a narrative about the scene, and you're just trying to achieve the storytelling element of it. They're kind of effortless that way. And you know, 'beauty is beautiful' shots, which I think we have a lot of in the film, thanks entirely to our amazing DP [Tobias Datum], but it's actually saying something within the story. The more narrative it is, the more striking. You would think it might detract from the power of sensuality speaking for itself, but it actually is more shocking, more obscene when it actually is anchored in narrative.
I never shot-listed anything in the film except the transformation sex scene, and that had to be planned out with camera where would be. But you never really choreograph anything. Just, "let 'er rip! You're freaking out, you love him, he loves you, you're embarrassed, you're ashamed, you're scared, go!" You can't get too precious about the shots. You come in and think, how would I want to see this, and what is the best way of showing it? I wish I had a more intellectual answer. But you just walk around and get excited and think what would look great.

On a totally different note, I love that you cast Jonathan Caouette in a small role. Francis Ford Coppola had that famous quote (ed. and I'm heavily paraphrasing here, so bear with me!) about the fat kid in Montana who picks up a video camera and makes a masterpiece, and Caoutte actually did that. He made his film TARNATION for $300 and edited it on iMovie, and it's a mindblower. How did he end up in the film?

Oh, yeah, Tarnation is a masterpiece.

Jonathan is a genius. I've been friends with him ever since we did the festival circuit when he made Tarnation and I made Z Channel, and stayed friends. We relate in a lot different ways. When the time came to shoot that scene at the party, out of wanting it to not look like central casting I just threw my friends in there. One's a dancer, one's a writer, one a photographer. They're all artists, as well as my friends, but I had never seen any of them act before! But I think they made the party feel 'real'. Looking over the footage in editing was really fun. Jonathan was really working it. He stole every moment he could.

Last question! (And barely one at that.) Without any buffer or constraint, what is the one message you want to impart to ScreenAnarchy readers?

I would say that what's really overdue, and what needs to happen, is a reevaluation of the work of Jean Rollin. He's known for having made sexy vampire movies, but was really one of the most visual and emotional directors of his time. You see a movie like The Night of the Hunted and realize that nobody's better. Nobody's more emotionally connected or blisteringly profound. His films could be like Bergman-level deep, but with humor and political commentary all while being entertaining and unique. He was a hardcore, hardcore director.
Tweet Post Submit