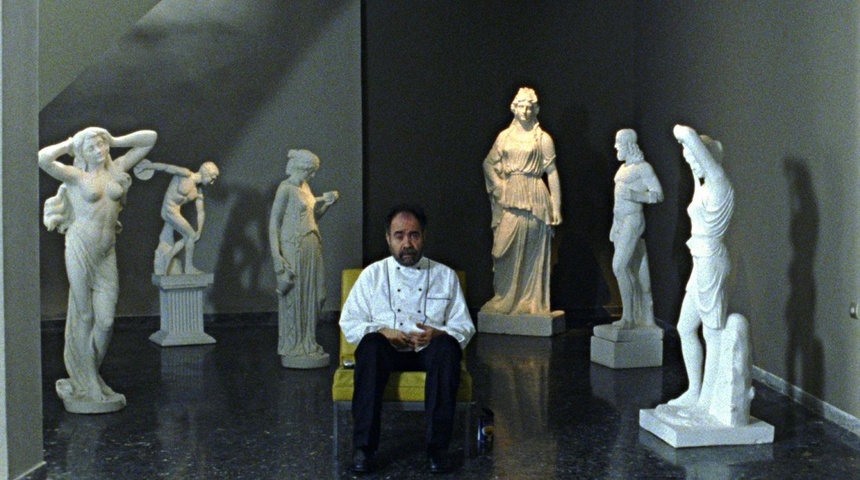 The following is a powerful excerpt from the influential postmodern scribe and great mind, Don DeLillo, vividly illustrating man's paramount prerogative of lacanian fantasy and psycho-hygiene concealed in the inherent virtue of homo sapiens in the novel White Noise.


"How much pleasure did you take as a kid, Lasher said, in imagining yourself dead? Never mind as a kid, Grappa said. I still do it all the time. Whenever I´m upset over something, I imagine all my friends, relatives and colleagues gathered at my bier. They are very, very sorry they weren't nicer to me while I lived. Self-pity is something I've worked very hard to maintain. Why abandon it just because you grow up? Self-pity is something that children are very good at, which must mean it is natural and important. Imagining yourself dead is the cheapest, sleaziest, most satisfying form of childish self-pity. How sad and remorseful and guilty all those people are, standing by your great bronze coffin. They can't even look each other in the eye because they know that the death of this decent and compassionate man is the result of a conspiracy they all took part in. The coffin is banked with flowers and lined with a napped fabric in salmon or peach. What wonderful cross-currents of self-pity and self-esteem you are able to wallow in, seeing yourself laid out in a dark suit and tie, looking tanned, fit and rested, as they say of presidents after vacations. But there is something even more childish and satisfying than self-pity, something that explains why I try to see myself dead on a regular basis, a great fellow surrounded by snivelling mourners. It is my way of punishing people for thinking their own lives are more important than mine."

It would be hard to find the equal of such a concise and authentic (even a bit satirical and self-deprecating) take on the right for self-pity. Yet the Greek debut feature by Elina Psykou, The Eternal Return of Antonis Paraskevas, epitomizes DeLillo's piece in a strangely accurate manner.

Greek film has been in the limelight of arthouse cinema for some time now due to the enormous success of the so-called New Wave. These are films with strange, partly absurd, partly dark aesthetics, notable in the works of Yorgos Lanthimos, but also other young talents, such as Babis Makridis or Ektoras Lyzigos.

It seems like the label of New Wave was made up only to easier identify strong Greek films by the foreign press, but none of the members feel like being in an organised movement. Neither does Elina Psykou, who co-produced Lyzigos' spectacular minimalistic poetic drama Boy Eating the Bird's Food and her leading man Christos Stergioglou, who also acted in Lanthimos' family drama Dogtooth, while Syllas Tzoumerkas, the director of Homeland, has a minor role in Psykou´s debut, just to illustrate how tight the Greek filmmaking community is.

The Eternal Return of Antonis Paraskevas is also a product of the country´s turmoil into which Greece fell after the financial crisis broke out, and plays as subtle allegory of the actual situation and upcoming uncertain future. The eponymous protagonist decides to reinforce his TV personality after 20 years on the screen by staging his own kidnapping, a cheap and infantile act to etch his image into the minds of a wide audience, comparable to fantasizing about lying in a bronze coffin while the rest of the world cries its eyes out. He retracts into an abandoned seaside hotel to wallow in self-pity and awaits the right moment to spring back to life in a self-aggrandizing act of glorious resurrection.

It has become a convention that recent Greek films reflect the situation of the country in one way or the other; such is the case of Antonis Paraskevas as well. The parallel is not hard to decipher, as the main figure serves as a metaphor for Greece akin to the little bird in Lyzigos' drama. However, The Eternal Return of Antonis Paraskevas wields the quality of Makridis' thought-provoking and absolutely hilarious L. It functions well, I would say, even better without the political (or economical) context, the harsh reality of Greece. The film features another must from the inventory of films from Hellenic peninsula, namely, alienation.

Though Lanthimos spearheaded the alienation theme since his debut Kinetta and enforced it by venturing into the realm of Eugene Ionesco, it has become sort of a trademark for other late Greek films. The main premise of a man retreating into a derelict hotel has alienation written all over it and the third act (and the adjective "eternal" in the title) cements estrangement as one of the driving themes, along with the self-pity.

Furthermore, the film characterizes absolute minimalism, which also translates into a sort of chamber piece and monodrama. The protagonist´s only companionship is his solitude and sometimes the presence of silent watchers, antique sculptures. Paraskevas solemnly sitting surrounded by sculptures in his own private pantheon foreshadows his soon to be discovered thirst to not only boost the ratings, but his vain aspiration to immortalize himself, despite the fact that he has been already mummified on the DVD Best of Paraskevas´ TV gigs. Menschliches, Allzumenschliches.

While Psykou does not operate in the aesthetics of the absurd as much as her colleagues, she at least incorporated implicit surrealistic moments. Antonis Paraskevas fights the boredom by unsuccessful molecular cookery or dead-pan karaoke singing. By the end of the second act, the protagonist starts going off the rails. And that moment is marked by a salient scene, even though there has been an amusing and totally unexpected musical intermezzo minutes earlier, the impressive oneiric steadicam shot invoking Paraskevas´ delirium turns to be one of the most memorable moments in the film.

The Eternal Return of Antonis Paraskevas is another gem in the treasure chest of Greek national cinema. Besides minimalistic existential (mono)drama condensed from infantile self-pity and alienation dipped in a softcore surrealism and absurdism, the value of the film is a bit more precious, because Athina Rachel Tsangari finally gained a wing-woman. Psykou certainly set a high bar for her rising reputation. Let's hope she will top it with next project.

Do you feel this content is inappropriate or infringes upon your rights? Click here to report it, or see our DMCA policy.
Elina PsykouGreeceI aionia epistrofi tou Antoni ParaskevaThe Eternal Return of Antonis Paraskevas