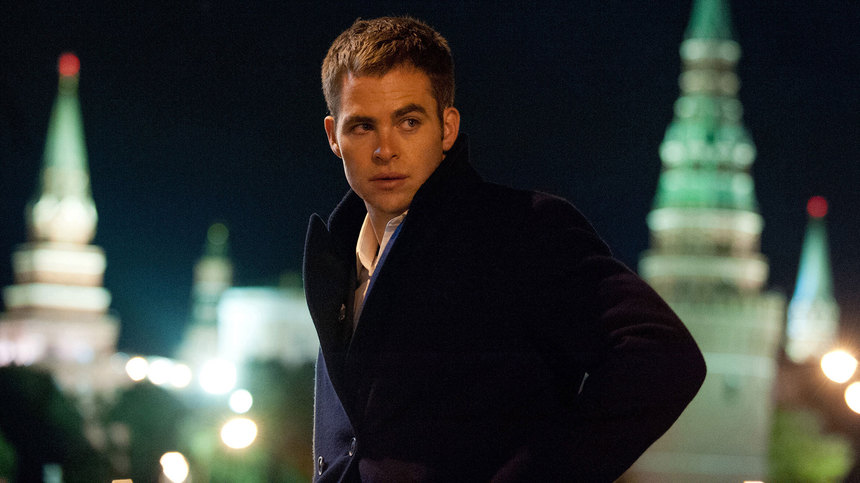 There's something to be said for the throwback spy genre flick. Throw in a bit of black-ops mischief, some clever subterfuge, and a bunch of nifty maneuvering and you occasionally get quite a fun cinematic experience.

Naturally, the collapse of the Iron Curtain made some of these tales a bit harder to tell. Films have looked for slightly more swarthy villainy, as the focus shifted towards other parts of the world. Still, there's something downright cathartic about a good old fashioned tale of the West versus the Ruskies.

Placed in a period setting, this dance with us-vs-them can be extraordinarily effective. Take Tinker Tailor Soldier Spy, that beautifully languid film that captured the mundane mendacity of spycraft. It captured both the paranoia of that period while showcasing the almost pedestrian behaviours of those tasked with keeping the security of their nation intact.

Tom Clancy's novels were never going to be as sly (or effective) as John Le Carre's, but they can occasionally make for a kind of broad, James Bond-like fun time. Be it the hunting for that pesky sub in The Hunt for Red October, or even in the likes of Patriot Games, there was something simple and almost heartwarming about these kind of action films.

Which brings us to Jack Ryan: Shadow Recruit. Let me be blunt - it's no Tinker Tailor Soldier Spy. Hell, it can't even be favourably compared to the other Ryan iterations. It's kind of a dud.

This is a damn shame, I say, because honestly for the first 45 minutes or so I was genuinely having a good time. Essentially an origin story for this secret civil servant superhero, we get to see Chris Pine plunged right into the deep end in the early moments of the film. Enter Kevin Costner, who's making a pretty decent go as fatherly figure of late, and his toothy physiotherapist Keira Knightly, here struggling amiably with a Yankee accent.

Eventually we get to meet the token baddie, here played by the film's director, Sir Kenneth Branagh. While some may titter at the casting, one only has to remember a certain former-Bond struggling amusingly with his own "nuclear wessels"-style accent while his Scottish Brogue would peak through. 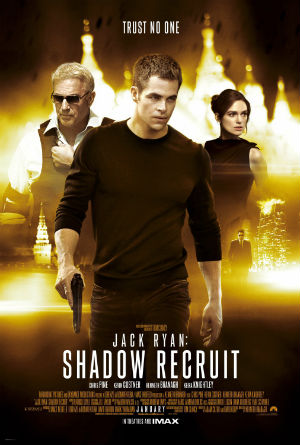 I guess I've been spoiled by the likes of Eastern Promises, as I simply couldn't find much particularly menacing about the supposedly bad-ass Russians. Still, for a good chunk of the film it did look like it was building up to something interesting, with lots of back-and-forths to keep the plates spinning, to mix a few metaphors.

Alack, when things do settle into the third act, it all falls to shit. We basically shift from Bourne to Die Hard via Batman ("some days you just can't get rid of a bomb", quoth the '60s movie). Honestly, I half expected Bane to jump out at any moment and declare something unintelligible.

So while the film is indeed terrible, it's only reveals this fact after a good hour. For that beginning, I was along for the ride, hoping for something interesting to build on the strong premise. I quite enjoyed Branagh's take on the first Thor, and really hoped he'd continue to bring flourishes of his Shakespearean style to this arch tale, focusing as much on character as the stuff-that-blows up. By the time the silly ending transpires, however, it just becomes a bloated, preposterous mess.

We may see the return of Jack Ryan, the character, and time will tell whether this is in fact the reboot Paramount is hoping for. Me, I was simply hoping for something that would be entertaining and not treat me like an idiot, something the film did effectively for the first chunk, only to see things descend to such drivel that it's almost the most explosive part of the finale.

The film opens wide in theatres across North America on Friday, January 17.

Do you feel this content is inappropriate or infringes upon your rights? Click here to report it, or see our DMCA policy.
Chris PineJack RyanKeira KnightleyKevin CostnerTom Clancy