Destroy All Monsters: 2013, A Year That Film Will Take To Its Grave 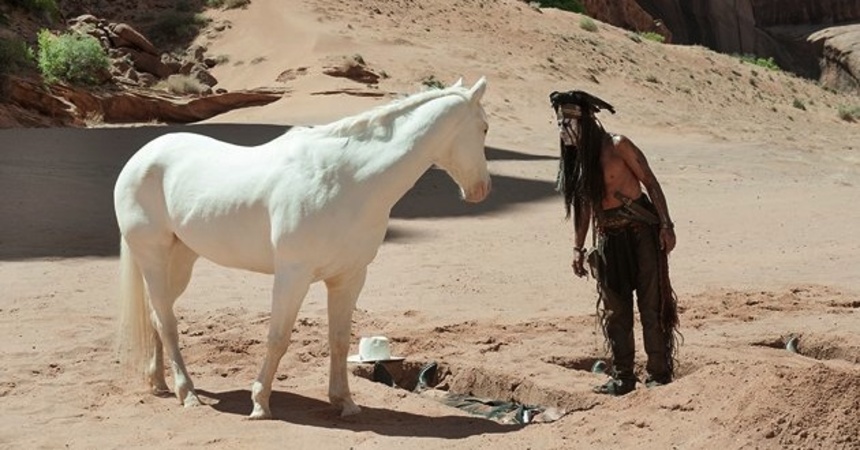 2013 wasn't a particularly good year for film, and I began to realize it when the blockbusters started limping. I think about blockbusters a lot. I do this for the most part because they're the engine that runs the American film industry; no blockbusters, no film industry.

This is the part where people pipe in to remind me that film is an art, and that art isn't about money, and blah blah blah. Sorry, but that's wrong. Film is absolutely about money, because film - as an art form - is ungodly expensive. I'm not just talking about the $250M tentpole productions. Even at the very, very, very low end, film is an ungodly expensive art form in which to express oneself.

You tell me, "Well, El Mariachi only cost $7000!" True. I don't know about your day-to-day circumstances, though, but in my case, seven grand is still a hell of a lot of money. If seven grand dropped into my hands from a passing hot air balloon, it would make a vast and measurable difference in my financial year. (And El Mariachi was twenty years ago.)

Seven grand buys you, then as now, the very definition of a micro-budget feature film. Heading upwards from there, every line item on the spreadsheet of film-based creative expression in the calendar year 2013, from 12 Years a Slave to The Lone Ranger, costs the kind of money that wouldn't just make a difference in my financial year; it would make a difference in my financial life. And the lives of a few thousand other people.

Since no one is actually in a position to piss away that kind of capital just to get their particular ya-ya's out, film is absolutely about money. And in 2013, the spectrum of film - like Short Round being tugged between two mine cars on diverging, non-parallel tracks - started getting pulled fatally apart.

Two things happened simultaneously this summer: the summer blockbuster season bit the big one, creatively speaking, in a manner previously unseen in my lifetime; and Steven Spielberg and George Lucas, former Editors in Chief of the Blockbuster Times, declared that the entire blockbuster model was about to implode anyway.

Martin Scorsese piped in on Monday with a letter to his teenage daughter about the future of film, where he put it far more charitably. He envisioned a dividing line between the next evolution of the blockbuster - he called them "audio-visual entertainment" - and the remains of what we currently call cinema:

"Audio-visual entertainment and what we know as cinema - moving pictures conceived by individuals - appear to be headed in different directions. In the future, you'll probably see less and less of what we recognize as cinema on multiplex screens and more and more of it in smaller theatres, online, and, I suppose, in spaces and circumstances that I can't predict."

Good analysis, that. Particularly, I like the "audio-visual entertainment" line. As blockbusters become larger and larger in budget and reach, becoming mega-franchised global product for the first time, the cultural peculiarities that drove the movies of Spielberg and Lucas (and Scorsese, although he never made a blockbuster) are being washed away in favour of simpler and simpler overall content.

Simpler can be packaged farther. Simpler works better on more, bigger screens. Simpler is better at absorbing new viewing technologies like 3-D and HFR. Simpler means transmuting what we used to know as movies into, essentially, light-and-sound phantasmagoria: stimulation and pleasure for the visual and aural nerves. Entertainment, not storytelling.

This notion supports the idea that people who had a problem with The Lone Ranger's aimless middle hour, Pacific Rim's near-total lack of a compelling human character, and Man of Steel's smash-and-kill superfistfight grand finale, were probably missing the point. Those movies might not be the tired tail end of a downward slope of storytelling bankruptcy in Hollywood; they might be the first volley of the next generation of moviegoing. The one where we go to the multiplexes to visit Pandora, not interrogate the internal demons of Jake Sully; the one where we fly the X-Wing, not Luke Skywalker. It won't be what I grew up on, sure; but it'll be something.

And on the other side of the Scorsese spectrum, among the items that he calls cinema, I also see a heartily dispiriting year. I look at the Top Ten lists for 2013 that flooded the internet last week and I see a lot of good movies; what I don't see, across the board, is innovation.

(For my colleagues' wide and varied opinions on the best of 2013, check out ScreenAnarchy's mega-list here.)

A credible exception might be the vivid pseudo-documentary, The Act of Killing; that movie is legitimately apprehending something I don't think the documentary form has contained before. It's pushing outward. Upstream Colour pushed outward, too, though nowhere near as harmoniously; if it was speaking a new language of cinema, it was doing so at a near-unintelligible whisper.

The Before trilogy is carving into a new area of cinematic potential with its long-term narrative strategy, but that strategy didn't come from 2013; I don't think it was arrived at when making the first film in 1995, either, but rather just before making the second, in 2004. My favourite film of 2013, Jeff Nichols' Mud, is a hell of a piece of filmmaking - but it is not doing a single thing new with either its content or its cinematic approach. The Oscar frontrunner, 12 Years a Slave, pushes buttons, but otherwise stands at an abstract distance from its observed subject. It watches. We watch it watch.

Scorsese's own entry in the 2013 canon, The Wolf of Wall Street, is so (charitably) dense or (uncharitably) cluttered in its execution that no one can quite work out what it's doing or how well it's doing it - and so we argue about it. Conversation about film is great, but as artistic achievements, these films are just marking time in the necropolis of filmmaking.

Perhaps this is all par for the course. If Scorsese, Lucas, Spielberg are right, the film industry is no longer a single ecosystem; it's splitting into two new ones, which will have their own rules, engines, and systems of balance. In one, seventeen-year-old Francesca Scorsese will conceive, shoot and edit unimaginably personal epics on her smartphone and stream them to a waiting cinephilic hive mind. In the other, Transformers 8 will feature no humans whatsoever but the robot fists will literally reach out of the screen and punch random members of the audience, at $120 per ticket.

This sort of evolution takes time, and we're a long way from either system finding equilibrium. Scorsese says the future is bright. I put no such value judgments upon evolution. The future is merely the future.

Do you feel this content is inappropriate or infringes upon your rights? Click here to report it, or see our DMCA policy.
Best of 2013Martin Scorsese