Ambulante 2014 Review: DARKNESS (PENUMBRA) Follows A Deer Hunter Who Will Bore You To Death 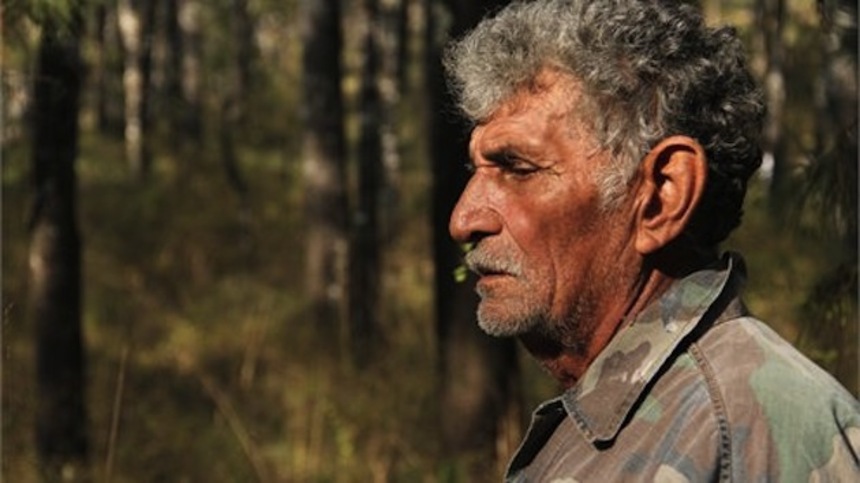 After its world premiere at the IFFR 2013, Eduardo Villanueva's Darkness (original title: Penumbra) has had really good presence on the Mexican film festival circuit, as it was part of FICUNAM, Riviera Maya and most recently Morelia. And now it will have yet another chance to be seen by a Mexican audience thanks to the traveling documentary film festival Ambulante. Curiously, Darkness was not screened with the documentary selection in Morelia but rather as one of the Mexican feature length fictions. So, is it a documentary or not?

Darkness is in the vein of many recent Mexican films that play with that, a sort-of "docu-fiction" if you will. It's also one of those that are destined to remain within the festival circuit, as it is everything the average moviegoer fears from the avalanche of "artsy" Carlos Reygadas-inspired productions. It's impossible not to think of Reygadas while watching Darkness and Villanueva actually thanks him in the credits, which was hardly a surprise. For the record, I considered Reygadas' Post Tenebras Lux as one of the best films of 2012, but in this case we are talking about "slow cinema" with almost no impact at all.

Darkness follows a real senior married couple; the man is a hunter named Adelemo, while his wife mostly stays at home, waiting for him to cook the animals he kills. Like the docu-fiction Artificial Paradises (Paraísos Artificiales, by Yulene Olaizola) or the Morelia 2013 selected documentary Tochi (directed by Misael Alva), this is another look at rural life in Mexico through many static shots and the protagonists' basic routine. Adelemo wakes up, goes out, hunts a bird (a chachalaca) and returns home, where his wife prepares dinner. On a different day, he goes out with a friend to collect medicinal plants as he suffers a lung disease caused by smoking. Or he can be seen talking with that same friend about the animal he is waiting to hunt, or just sitting by a tree tuning the radio.

Minor stuff about the characters' background also appears and all deals with loss. When out together with his wife, Adelemo visits the church and the graveyard to remember their son Emilio but these scenes, like most of the film, doesn't reveal much to the audience. I guess you have deduced this by now, but I'm going to say it anyway: Darkness becomes very tedious by the end of its first half-hour... and it is a 100 minute picture. It manages to reach one of its goals because we can understand how painfully repetitive the days can be for the main couple, but the truth is we get this with the first 15 minutes. Villanueva's film is certainly overlong.

There is, however, some interesting material and also a couple of sequences that require a strong stomach. When Adelemo's conversations puts the whole hunting thing into perspective, Darkness is way more relevant than when we observe the couple while they watch television. And when it shows how a deer hunter does his job, it is quite brutal a la Leviathan. Within some years I will most likely recall this image of the deer, but the rest of Darkness is sure to be vanished not only from my memory but from the collective as well.

Ambulante 2014 takes place in 12 states of Mexico from January 30 to May 4. Darkness screens as part of the Pulsos section, which offers recent Mexican documentaries. For schedule and more information, visit Ambulante's official website.

Do you feel this content is inappropriate or infringes upon your rights? Click here to report it, or see our DMCA policy.
AmbulanteAmbulante 2014DarknessEduardo VillanuevaMexican CinemaPenumbra