Will FAST & FURIOUS 7 Really Scrap Everything And Start Over Again? 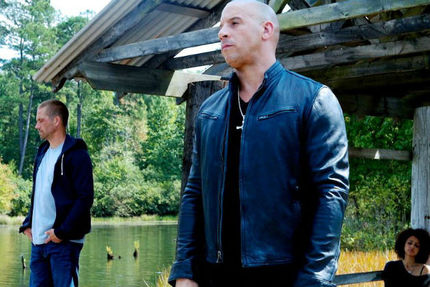 As family and friends are still grieving over the tragic death of actor Paul Walker last Saturday, Universal Studios has been placed in the uncomfortable position of deciding what to do about Fast & Furious 7.

And, though it sounds unbelievable to me, it appears they are giving serious consideration to scrapping everything they've shot so far and starting over again, according to The Wrap. The massive production, reportedly budgeted near $200 million, is more than halfway completed, but many of the key scenes involving Walker have not yet been shot.

The studio is heavily invested in the future of the franchise, which has earned hundreds of millions of dollars worldwide. Insurance would reportedly allow the studio to recoup the expense, if the decision is made to abandon the film in its present state. But that decision has not been made yet, and the final call may not be made for weeks.

If the filmmakers start over again with a new script, the dilemma of how to give Walker's character a proper send-off would still need to be faced, a challenge exacerbated by the manner of Walker's own death in a fiery car crash. Remember, too, that Furious 6 ended with the apparent death in a car crash of another character in the series -- photographic evidence suggests that a somber funeral scene had already been filmed --so a re-tooled Fast & Furious 7 would need to deal with the consequences of two deaths, not one.

Do you feel this content is inappropriate or infringes upon your rights? Click here to report it, or see our DMCA policy.
Fast & FuriousFast and Furiousfast and the furious 7Paul Walker