Benjamin Umstead
Editor, U.S.; Los Angeles, California (@filmbenjamin)
Tweet Post Submit
Why there are many, many features to get all excited or overwhelmed about at a festival as big as Sundance, it's also big enough to both fit a robust shorts program, something that I think many folks forget. I am of the mind that if you really want to keep a pulse on the up and coming talent in the world of filmmaking than it is usually the shorts program you should be looking at as many of those directors get their start right here. From U.S. Narrative, International Narrative, Documentary and animated, get to know the films and their makers who could be touting the next hot feature a few years down the road. 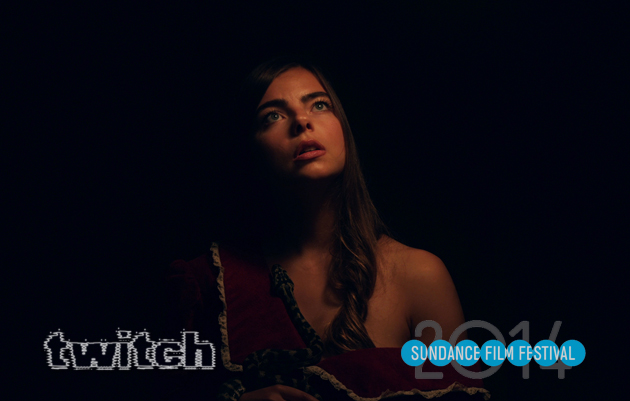 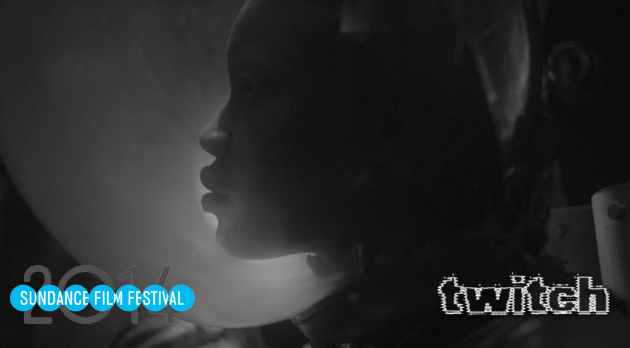 130919 • A Portrait of Marina Abramović / U.S.A. (Director: Matthu Placek) — This one-take, 3-D film majestically documents legendary performance artist Marina Abramovic, capturing the breadth of space in infinite detail: the life of an artist, her keen sense of transition, a space's decay, and the ripeness of rebirth.

The Big House (Al Bayt Al Kabeer) / U.S.A., Yemen (Director and screenwriter: Musa Syeed) — When a young Yemeni boy ventures out of his cramped apartment and finds a key to the empty mansion down the street, he lets himself and his imagination run wild in the big house.

The Bravest, the Boldest / U.S.A. (Director: Moon Molson, Screenwriters: Eric Fallen, Moon Molson) — Two army casualty-notification officers arrive at the Harlem projects to deliver some news to Sayeeda Porter about her son serving in the war overseas. But whatever it is they have to say, Sayeeda ain't willing to hear it.

Chapel Perilous / U.S.A. (Director and screenwriter: Matthew Lessner) — Chapel perilous is an occult term describing a psychological state where people are uncertain if they have been aided or hindered by a force outside the natural world.

Dawn / U.S.A. (Director: Rose McGowan, Screenwriters: M.A. Fortin, Joshua John Miller) — Dawn is a quiet young teenager who longs for something or someone to free her from her sheltered life.

Dig / U.S.A. (Director and screenwriter: Toby Halbrooks) — A young girl watches her father dig a hole in their backyard. Mystified about his purpose, the neighborhood comes to watch.

Funnel / U.S.A. (Director and screenwriter: Andre Hyland) — A man's car breaks down and sends him on a quest across town that slowly turns into the most fantastically mundane adventure.

Gregory Go Boom / U.S.A. (Director and screenwriter: Janicza Bravo) — A paraplegic man leaves home for the first time only to discover that life in the outside world is not the way he had imagined it.

Here Come the Girls / U.S.A., Norway (Director and screenwriter: Young Jean Lee) — An examination of the life of Joe Truman, an aspiring musician, father, and drug user. This unsettling paradocumentary investigates Joe's private life through invasive snapshots of his environment and relationships and is a painful pleasure to watch.

The Immaculate Reception / U.S.A. (Director and screenwriter: Charlotte Glynn) — It's 1972 in the hardworking steel town of Pittsburgh, Pennsylvania. Sixteen-year-old Joey has the chance to prove himself when his crush ends up at his house to watch the infamous football game between the Steelers and the Raiders.

Jonathan's Chest / U.S.A. (Director and screenwriter: Christopher Radcliff) — Everything changes one night for Alex, a troubled teenager, when he is visited by a boy claiming to be his brother—who disappeared years earlier.

Kekasih / U.S.A., Malaysia (Director and screenwriter: Diffan Sina Norman) — While pursuing his late wife, a botanical professor encounters a divine presence that will transform him forever.

Me + Her / U.S.A. (Director and screenwriter: Joseph Oxford) — In a faraway world, tucked away in a small fold of land behind an enormous willow tree, exists the tiny city of Cardboard. After a tragic event, Jack Cardboard goes on a journey to mend his broken heart.

Person to Person / U.S.A. (Director and screenwriter: Dustin Guy Defa) — Waking up the morning after hosting a party, a man discovers a stranger passed out on his floor. He spends the rest of the day trying to convince her to leave.

Verbatim / U.S.A. (Director: Brett Weiner, Screenwriter: Court Document) — A jaded lawyer wastes an afternoon trying to figure out if a dim-witted government employee has ever used a photocopier. All the dialogue in this short comes from an actual deposition filed with the Supreme Court of Ohio. 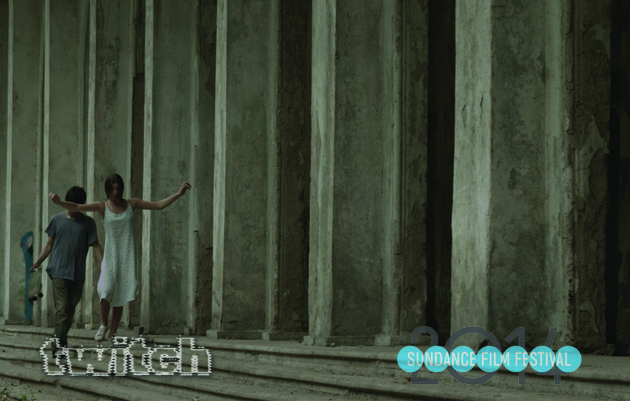 Best / United Kingdom (Director: William Oldroyd, Screenwriter: Adam Brace) — With his wedding only moments away, a man and his best friend confront their future.

The Cut / Canada (Director and screenwriter: Geneviève Dulude-Decelles) — The Cut tells the story of a father and a daughter, whose relationship fluctuates between proximity and detachment, at the moment of a haircut.

Exchange & Mart / United Kingdom (Directors: Cara Connolly, Martin Clark, Screenwriter: Cara Connolly) — Reg is a lonely girl at a remote Scottish boarding school where paranoia about rape is rife. Her unorthodox self-defense class provides the human touch she craves so deeply. When she is attacked in the woods, she knows what she has to do...

Here I Am...There You Are... / Israel (Director and screenwriter: Dikla Jika Elkaslassy) — Domination emerges during foreplay between a married couple. As the film evolves, the gray areas between controlling and being controlled cause confusion for both partners. When reality eclipses their imaginary game, they realize what is controlling them.

Metube: August Sings Carmen "Habanera" / Austria (Director and screenwriter: Daniel Moshel) — George Bizet's "Habanera" from Carmen has been reinterpreted and enhanced with electronic sounds for MeTube, a homage to thousands of ambitious YouTube users and video bloggers, and gifted and less gifted self-promoters on the Internet.

Mi nina mi vida / Canada (Director and screenwriter: Yan Giroux) — Jack and his giant stuffed bear move through the bustling crowds and noisy rides at an amusement park. In this strange world he can no longer relate to, he searches for a reason to smile.

More Than Two Hours / Iran (Director: Ali Asgari, Screenwriters: Ali Asgari, Farnoosh Samadi) — It’s 3:00 a.m., and a boy and girl are wandering in the city, looking for a hospital to cure the girl, but it’s much harder to find one than they thought.

My Sense of Modesty / France (Director and screenwriter: Sébastien Bailly) — Hafsia, an art history student, must remove her hijab for an oral exam. To prepare, she goes to the Louvre to view the painting she has to comment on.

Mystery / Spain (Director and screenwriter: Chema García Ibarra) — They say that if you put your ear to the back of his neck, you can hear the Virgin talk.

Syndromeda / Sweden (Director and screenwriter: Patrik Eklund) — Leif wakes up on the road—naked and bloody—with no memory of what has happened. No one believes him when he claims he was abducted by aliens.

Wakening / Canada (Director: Danis Goulet, Screenwriter: Tony Elliott) — In the near future, the environment has been destroyed, and society suffocates under a brutal military occupation. A lone Cree wanderer, Weesakechak, searches an urban war zone to find the ancient and dangerous Weetigo to help fight the occupiers. 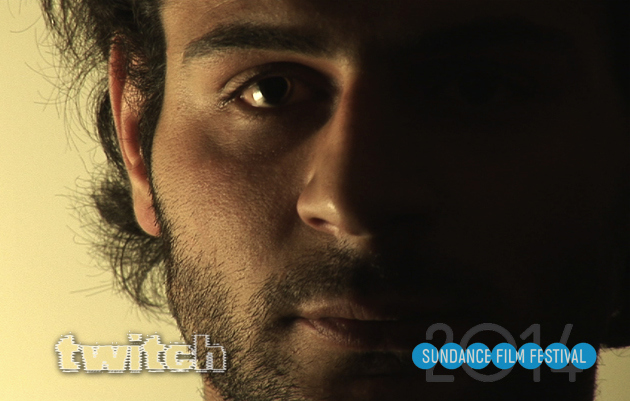 Choreography / U.S.A. (Directors: David Redmon, Ashley Sabin) — Donkeys gaze at those who gaze at them.

Godka Cirka (A Hole in the Sky) / Spain, France, U.S.A. (Directors: Alex Lora, Antonio Tibaldi) — Young Alifa looks up at the Somali sky and thinks about her daily life as a shepherdess. She knows the day that will change her life forever is about to come.

I Think This Is the Closest to How the Footage Looked / Israel (Directors: Yuval Hameiri, Michal Vaknin) — A man with poor means recreates a lost memory of the last day with his mom. Objects come to life in a desperate struggle to produce a single moment that is gone.

The Last Days of Peter Bergmann / Ireland (Director: Ciaran Cassidy) — In 2009, a man claiming to be from Austria arrived in the town of Sligo, Ireland. During his final days, Peter Bergmann went to great lengths to ensure no one ever discovered who he was and where he came from.

Of God and Dogs / Syrian Arab Republic (Director: Abounaddara Collective) — A young, free Syrian soldier confesses to killing a man he knew was innocent. He promises to take vengeance on the God who led him to commit the murder.

One Billion Rising / U.S.A. (Directors: Eve Ensler, Tony Stroebel) — In 2013, one billion women and men rose and shook the earth through dance to end violence against women in the biggest mass action ever. The event was a radical awakening of body and consciousness. This is what it looked like.

Remembering the Artist, Robert De Niro, Sr. / U.S.A. (Directors: Perri Peltz, Geeta Gandbhir) — Robert De Niro, Sr., was a figurative painter obscured by the powerful pop art movement. His work has returned to the spotlight because of his son, who happens to be one of the world's most famous actors.

Tim and Susan Have Matching Handguns / U.S.A. (Director: Joe Callander) — Love is swapping clips with your spouse in the middle of a three-gun problem.

Untucked / U.S.A. (Director: Danny Pudi) — This documentary explores the iconic "untucked" jersey worn in 1977 when Marquette University won its first and only national college basketball championship. It was designed by one of Marquette's players, Bo Ellis, under the fearless leadership of Coach Al McGuire. 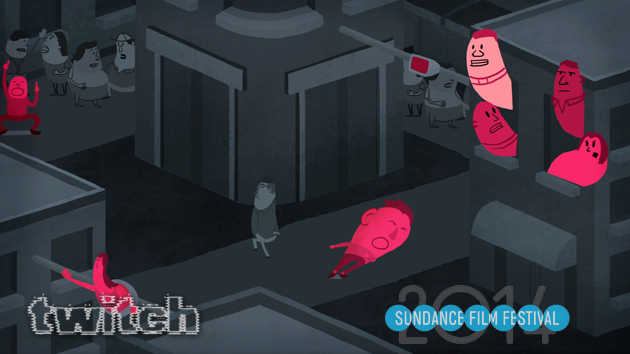 Allergy to Originality / U.S.A. (Director and screenwriter: Drew Christie) — A humorous, animated op doc explores the rich history of adaptation, plagiarism, and other forms of appropriation in art.

Astigmatismo / Spain (Director and screenwriter: Nicolai Troshinsky) — A boy loses his glasses and can only see one thing in focus at a time. With his sight shaped by the sounds around him, he must learn to explore a blurry world of unknown places and strange characters.

Blame It on the Seagull / Norway (Director: Julie Engaas, Screenwriters: Julie Engaas, Cecilie Bjørnaraa) — An animated documentary about Pelle Sandstrak and the way he showed the first signs of obsessive-compulsive disorder (OCD) and Tourette’s syndrome as a teenager.

Marilyn Myller / U.S.A., United Kingdom (Director and screenwriter: Mikey Please) — Marilyn maketh. Marilyn taketh awayeth. Marilyn is trying really hard to create something good. For once, her expectation and reality are going to align. It will be epic. It will be tear-jerkingly profound. It will be perfect. Nothing can go wrong.

The Obvious Child / United Kingdom (Director and screenwriter: Stephen Irwin) — Somebody broke the girl's parents. The rabbit was there when it happened. It was an awful mess.

The Present / Taiwan (Director: Joe Hsieh, Screenwriters: Joe Hsieh, Ching-Chwang Ho) — A married man on a business trip checks into a hotel. The hotel manager's daughter falls for him at first sight. Rejected by the man, she embarks on a journey of revenge.

Subconscious Password / Canada (Director and screenwriter: Chris Landreth) — Chris Landreth, the director of the Academy Award–winning short Ryan, plays Charles, a man paralyzed by his inability to remember a friend’s name. Thus begins a mind-bending romp through a game show of the unconscious—complete with animated celebrity guests.

Yearbook / U.S.A. (Director and screenwriter: Bernardo Britto) — A man is hired to compile the definitive history of human existence before the planet blows up.