ROSEMARY'S BABY To Be Delivered On TV 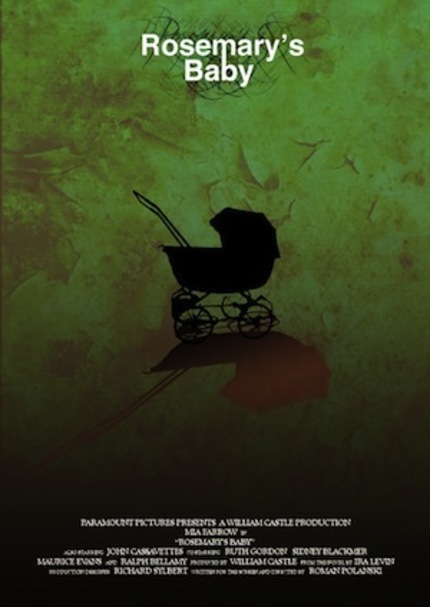 It's been announced that US network NBC has given the go-ahead for a four hour miniseries of Ira Levin's 1967 novel, Rosemary's Baby. Roman Polanski has already adapted the story of a satanic pregnancy with his Mia Farrow starring 1968 classic of the same name. Farrow played Rosemary Woodhouse, a young woman who moves into a beautiful old apartment building with her struggling actor husband Guy. They are soon introduced to eccentric old neighbors Minnie and Roman Castevet who become a constant presence in their life, especially after Rosemary becomes pregnant and begins to display increasingly unusual symptoms.

The series will be directed by fellow Pole Agnieszka Holland who first made a name for herself as part of the Polish New Wave and has been most active recently directing for television having helmed episodes of The Wire, The Killing and Treme.

While classic movies have been remade for television before (the recent Carrie remake was preceded by a TV movie) the miniseries format should at least allow room for detail perhaps missing from the original. However, despite the extra running time it's hard to imagine the characters could be developed any better than the brilliantly realized original, where director Polanski was really able to make a uniquely terrifying psychological thriller.
Tweet Post Submit