Review: BRO'S BEFORE HO'S Is Roaring Rude Fun With A Heart 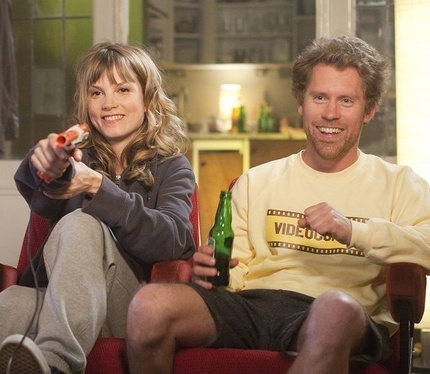 (Because deep inside even the biggest asshole, there is a romantic trying to get out ... ehm ... no wait, let me rephrase that...)


The New Kids may have been disbanded after the huge successes of New Kids Turbo and New Kids Nitro, but the actors, writers, and directors behind them still exist, of course, and they are a uniquely talented bunch. What would come next?

Back in March, directors Steffen Haars and Flip van der Kuil announced that their next was going to be -- surprise -- a romantic comedy. Most of the former New Kids actors would be in it too, albeit in totally different roles, and no longer as an ensemble.

Fast forward to this week, and the premiere of Bro's Before Ho's, the end result of that announcement. And indeed it is a romantic comedy, a genre notoriously difficult to get right. So the big question here is: did Haars and van der Kuil succeed? Thankfully, the answer to that is mostly a yes.

And is it less shockingly rude than their previous films? Thankfully, the answer to that is mostly a no. Read on...

Max and Jules are two step-brothers who are slacking, partying, and philandering their way through life together. Their creed, as taught to them by their father: never get into a relationship, as all women are whores anyway.

But then Max meets Anna. She is funny and beautiful, and he is totally smitten on the spot. Unfortunately for Max, Anna has just started dating his brother Jules. When the relationship gets more and more serious, Max faces a dilemma: confess his feelings to Anna, or step back and let things sort themselves out? It doesn't help that Jules becomes even more of an incorrigible asshole...

It's become my reviled genre of choice to mention as a joke: the romantic comedy. Whenever I interview directors and ask them if they want to try something different, I mention the rom-com as a possible example, and it always gets me a laugh. Therefore I was surprised and intrigued to hear that Steffen Haars and Flip van der Kuil had chosen exactly this genre to shoot their next film in. With New Kids Turbo, they had proved to be far better filmmakers than anyone expected, but could they rise to the challenge of making a palatable Dutch romantic comedy? Because for that you need to have a fair handle on things like empathy as well. 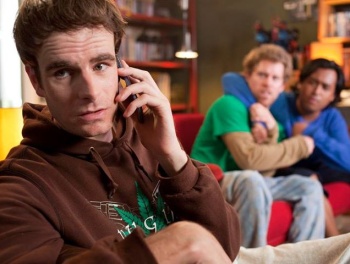 Thankfully, once again Haars and van der Kuil deliver, even on the empathy thing, and this is due to the fact that all actors are damn good in this. Most members of the cast have a history in comedy, but it's refreshing to see them pull off the occasional serious bit as well. Tim Haars, who is director Steffen's younger brother, has to carry most of the film as Max, and succeeds admirably. He and Sylvia Hoeks together make a believable star-crossed couple, with real on-screen chemistry, and that already completely validates the romance angle. Daniel Arends is funny yet vile as Jules, and Henry Van Loon is fantastic as the awkward friend of them all. Even in the smaller roles there is gold to be found, as everyone is allowed to shine. Ton Kas has a bit-part as the father of Max and Jules, but he steals every second he's visible.

As for the comedy: it's a combination of unsubtle embarrassment, rude shocks, and slapstick, and it's all good. Flip van der Kuil proves to be an expert editor again, as the timing is consistently spot on. Which is a good thing, as some of the jokes go pretty damn far, both in rudeness, grossness, and political incorrectness.

Less funny though is the story, which sometimes plays with the genre's conventions, but often just falls victim to them. It never becomes clear why Anna likes Jules, and that is a pretty important missing piece. When the characters act weird in believable situations, the film is clearly at its best and often hilarious. But towards the finale coincidences pile up, and characters unite to do a "mission impossible". At such moments Bro's Before Ho's becomes almost as annoying as all the other romantic comedies. Still, it never gets insufferable, because even the weakest bits have some good gags hidden in them. Interestingly, while the film shows that being an asshole can be fun, it also shows that in the longer run, you won't get any rewards or respect for it, either.

Haars and van der Kuil seem to have aimed at making their film resemble some of the best Farrelly Brothers comedies, like There's Something About Mary. It's impressive how well they have succeeded.

Though it cannot avoid all the schmaltzy pitfalls of the rom-com genre, in Bro's Before Ho's even the most sugary bits are mixed with some acid. Solid acting and likable leads give the film a sturdier emotional core than you'd expect, and the comedic timing of even the rudest jokes is great.

Bro's Before Ho's is not for the most squeamish, perhaps, but is definitely recommended! 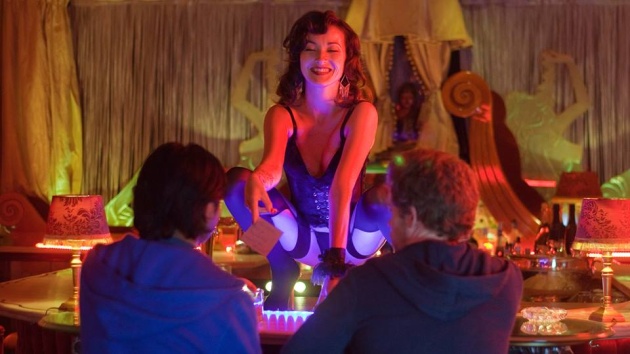 Do you feel this content is inappropriate or infringes upon your rights? Click here to report it, or see our DMCA policy.
Bros Before HosFlip van der KuilNew KidsSteffen HaarsTim Haars