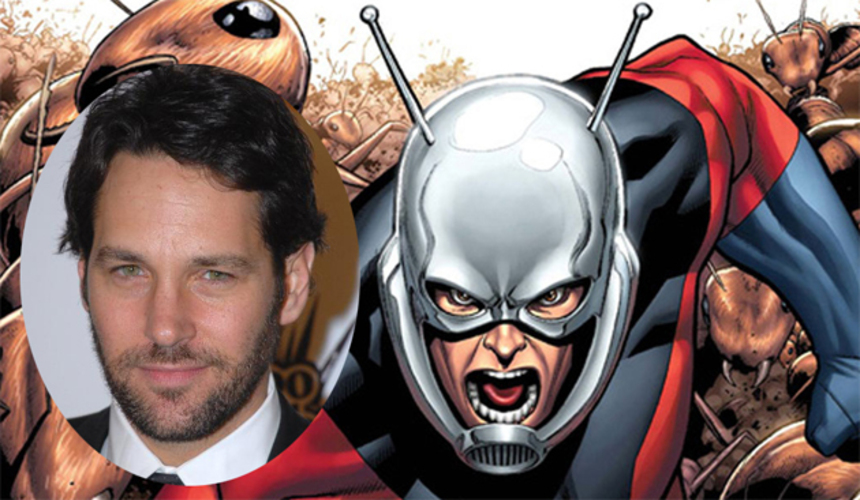 No matter your stance on the Marvel movies, ya gotta hand it to Kevin Feige and his team for collecting all kinds of talented people to join them on their super hero escapades. And what of Ant-Man, their pint-sized hero? Edgar Wright and Joe Cornish have written the script, with Wright directing the big screen comic adaptation, but who shall be our man of ants?

Variety reports that Paul Rudd has raised his antennae to the part, though it is yet unclear which version of the hero he will play. Scientist Hank Pym was the original Ant-Man (also Giant Man), with criminal turned hero Scott Lang coming next, and then Eric O'Grady, a low level agent of S.H.I.E.L.D. Rudd could probably play any one of them, though my hope is that it'll be Pym. At any rate, I can now say I am going to be seeing another one of these Marvel flicks, because as we all know Paul Rudd makes every movie better (that's a widely agreed upon thing right?).

Do you feel this content is inappropriate or infringes upon your rights? Click here to report it, or see our DMCA policy.
ant-manedgar wrightjoe cornishmarvelpaul rudd