EigaFest 2013 Review: THE APOLOGY KING Is A Manic, Absurd Ode To Empathy 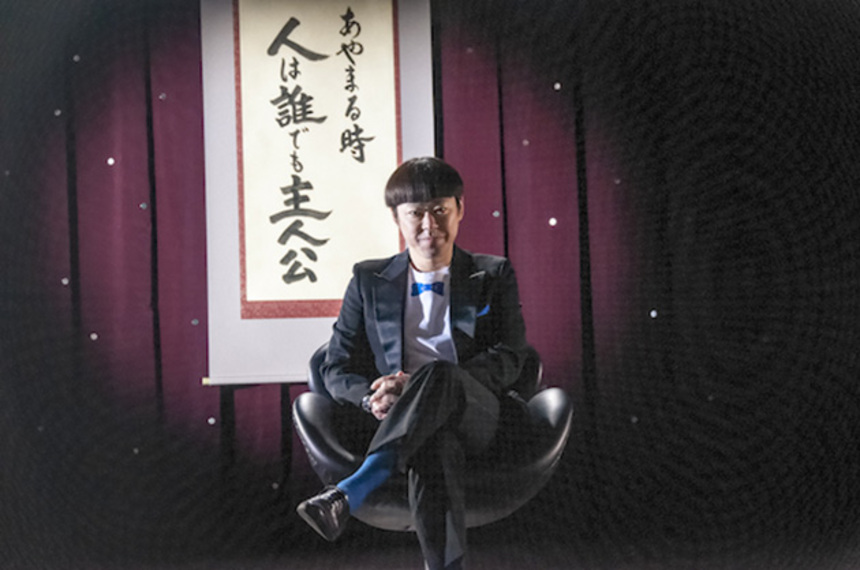 The difference between saying "I'm sorry" and an apology is the unlikely source of comedy (and some well-earned sentiment) in Nobuo Mizuta's madcap The Apology King. A collection of oddball vignettes prove that even the most fraught of international incidents just need a little helping of empathy and understanding to bring peace between strangers.

Structured in a series of cases, The Apology King sees Tokyo Apology Center director (and seemingly its sole employee) Mr. Kurojima (Sado Abe, Kamizaze Girls, Yatterman) offering his apology services to his Japanese clients who've found themselves, for whatever reason, unable to make amends.* As a master of the doreza - the formal, forehead to the ground bow apology - Kuroshima promises the ultimate apology (for a modest fee).

Whether it's a pervy young exec accused of sexual harassment, or an estranged pair of aging actors attempting to perform damage control for their son's assault charge, Mr. Kuroshima is there as a kind of apology consigliere, offering everything from advice on the proper length of an apologetic bow to performing chores for the Yakuza on your behalf.

The first act of The Apology King sells something arch, deadpan, and far less concerned with how human beings actually get along. Mr. Kurojima's service seems the height of insincerity: a quick out for when his clients have messed up, an aid to liars and cheats. But from his restaurant "office" with the aid of client-turned-assistant Noriko (Mao Inoue, Kaidan), Kuroshima helps his largely oblivious clients become better people (to some measure - the pervert in the second case seems unredeemed).

As the film loops backward upon itself, earlier cases nested in later ones, we see what the film is really about: getting past making the formal motions of "making amends" or whatever. What The Apology King sells is the idea that you can make all of the "right" gestures when you've messed up, but it really takes understanding what you did wrong (and what the other person needs) in order to make things right.

Abe throws himself into his role, his mop-topped apologist literally putting his body on the line in the service of his clients. With his live-wire energy packed in a series of ugly suits, Kuroshima is perfectly matched with his new protege, the abrasive and blunt Noriko. The pair could easily anchor a regular series of adventures, and Kankuro Kudo's script gives us some welcome insight into what makes the duo tick as the stakes for their cases get higher and higher.

Mizuta's direction keeps things bouncing along, although a minor stretch in the third act involving a tiny, fictional country nearly seems to go on too long before ultimately drawing in numerous threads from the previous cases.

Somehow walking the line between deadpan goofiness and heartstring-tugging earnestness, The Apology King is a wonderfully funny ode to sincerity.

The Apology King was screened as part of L.A. EigaFest 2013. Check out more details about the festival here.

*In a lot of ways, from the deliberate breaks between "cases" to the outlandish scenarios, The Apology King reminded me of nothing so much as the Phoneix Wright game series.

Do you feel this content is inappropriate or infringes upon your rights? Click here to report it, or see our DMCA policy.
Kankuro KudoNobuo MizutaThe Apology King