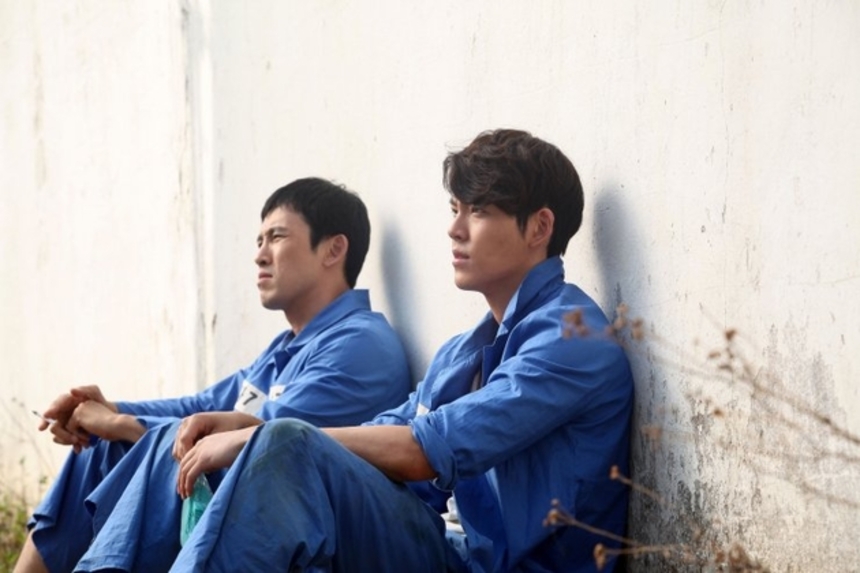 Business was a bit slow this past weekend as all the holdovers suffered heavy falls and none of the new releases caught fire. 1.85 million tickets were bought over the frame, down almost 20% from last year. The market share was evenly spread as local releases took a thin edge with 51%, this was down from 72% this time last year.

Though it receded 56%, Kwak Kyung-taek's high profile sequel Friend 2 managed to eke out a second win with 472,874 admissions. This brings its total to 2.34 million and while the film is very likely to cross the three million milestone, it will fall well short of even half its predecessor's 8.2 million admissions total. Good will from the original (which dates back to 2001) drew in the older crowds, while the casting of young model/TV star Kim Woo-bin enticed younger viewers, but word of mouth has been decidedly mixed on the gangster pic.
The big worldwide release this past week was the new installment of The Hunger Games. The blockbuster set records around the world as it opened first in most markets and grossed a whopping $161 million in America. However it struggled in Korea with only 397,200 admissions. Granted it was a 25% improvement on the first film's showing but that only wound up with a 600k total. If this makes it to reach one million it will be a big improvement but still far short of what should be expected of such a massively hyped film.
Opening at number three was the new ensemble romantic comedy Marriage Blue as it drew in 312,407 viewers. The film, which stars Kim Kang-woo, Kim Hyo-jin and Ma Dong-seok among others, is getting some favorable word of mouth and may stick around for a little while but with an opening of this size ahead of the bigger releases in December, it won't have much time to catch up.
Animated sequel Cloudy with a Chance of Meatballs 2 opened with a decent 252,105 admissions. It should handily surpass the original 660k total. At number five, Thor: The Dark World dipped 54% to 164,806 and is about a week or less away from the three million mark.
After gaining a lot of ground in the dailies, well-received revenge thriller The Five was unable to maintain its pace going into the weekend as it suffered a 44% drop. It added 146,050 admissions to a total that is now just over 600k. The film may or may not make it past one million at this stage but either way that won't be enough to be viewed as a success.
Meanwhile Gravity also slowed 44% for 68,423 admissions. The space thriller made it over the three million mark midweek. In eight and ninth place, Commitment and The Counselor were stripped of theaters and endured +80% falls for 13,192 and 10,636, respectively.
The surprise number ten was Yeun Sang-ho's new independent animation The Fake which drew a very respectable 6,453 admissions in its first weekend. That performance was about 150% better than the opening of his debut The King of Pigs this time two years ago. The film is receiving a lot of coverage so it will be interesting to follow where it goes from here.
The most high profile releases this week will be a pair of sci-fis. The new Vin Diesel flick Riddick is unlikely to post significant numbers while Korean offering AM 11:00, starring Jung Jae-young and Kim Ok-vin, has been getting some atrocious press. That doesn't necessarily mean it'll have a bad opening but it definitely won't have any legs. Still, I can't see it posting a big debut, though with such weak holdovers, it could scrape a first place finish.
Sign-In to Vote
Tweet Post Submit

Do you feel this content is inappropriate or infringes upon your rights? Click here to report it, or see our DMCA policy.
box officefriend 2hunger gameskoreakorean filmmarriage bluethe fakethe five