Christopher Bourne
Featured Critic; New York City, New York
Tweet Post Submit
The 21th edition of the African Diaspora International Film Festival screens in New York from November 29 through December 15 at Teachers College at Columbia University, Thalia Cinema and Sharp Theatre at Symphony Space, Quad Cinema, and the Black Spectrum Theatre. Below are reviews of some notable selections of this year's festival. For more information on these and other festival films, and to purchase tickets, visit ADIFF's website. 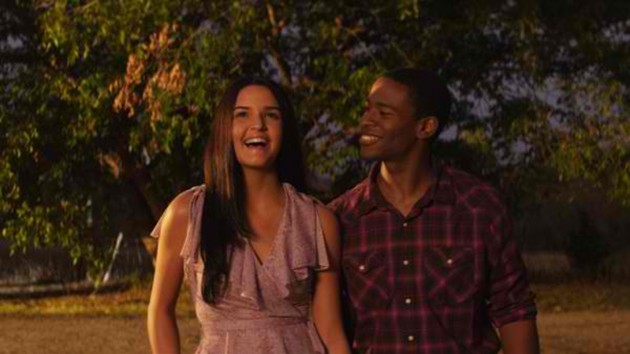 As per the title, the Bard’s plays and poetry make superficial appearances in this maudlin would-be tearjerker, which opens this year’s festival. Beginning with a scene in a torrential, lightning-filled rainstorm in which William Ward (Danny Glover) bids a teary goodbye to his dying wife Venus (Tantoo Cardinal). William deals with the aftermath of his wife’s death as awkward flashbacks are interspersed, showing us how the younger William and Venus met, and the early days of their relationship. William meets Venus when she unsuccessfully auditions for the role of Juliet in a high school production. Her performance brings everyone in the room to tears, but as a Native American, she unfortunately isn’t white enough for the part. William and Venus’ romance blossoms and endures despite the myriad tragedies and challenges they must endure. There is a mystical element added here; Venus’ clan has a special relationship to lightning, and she is till able to commune with William after she dies. Danny Glover and Graham Greene (as Venus’ dad) do their best to class up this material, but unfortunately their efforts are sunk by an inept script and some fairly cheesy visual effects.

This film tells the little known story of a slave uprising that occurred in 1795 on the island of Curacao, then a Dutch colony. The slaves at the time suffered under brutal conditions under cruel masters, as of course happened in many other areas of the world. When the French take over the island after a war and outlaw slavery, the slaveowners are recalcitrant and refuse to let their slaves go. Tula (Obi Abili), when he hears of this, demands his freedom, and when his masters refuse, he leaves the plantation to demand an audience with the governor (Jeroen Krabbé) to plead his case. Although this is not his plan, he is thrust into the role of leading a massive uprising that springs up among slaves in many other plantations. This sparks a predictably violent response by the authorities, who employ massive military might to put down the revolt. The film has a conventional structure, but it is well made and contains a strong lead performance by Abili, as well as a typically very good turn by Danny Glover in a smaller role as one of the slaves. This film could serve as an interesting companion piece to films like 12 Years a Slave; while there have been numerous films dealing with slavery, films about slave revolts and uprisings are relatively rare. 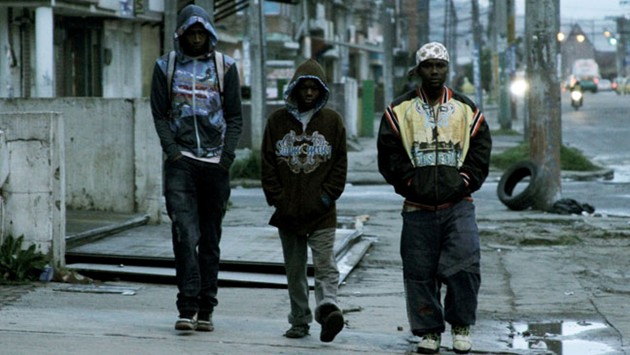 Chosen as Colombia’s submission for the Oscar Foreign Language Film nominations, this marks the auspicious debut of 35-year old director Arango, who delivers a unique vision, by turns harrowing, heartrending, and humorous, of his native Colombia. He transforms the familiar coming-of-age story with wonderfully evocative cinematography by Nicolas Canniccioni which vividly renders Bogota’s unique geography of harsh concrete jungles surrounded by lushly verdant greenery, as well as a pulsating hip-hop soundtrack that perfectly mirrors the restlessness of the film’s characters.

We follow Tomas (Luis Carlos Guevara), a 13-year old Afro-Colombian whose life experience makes him seem much older, and his struggles to keep his head above the dangerous waters of poverty, drugs, and street life in the capital. His family was forced to flee the civil war on Columbia’s Pacific coast, eventually making their way to Bogota. With a mostly ineffectual mother and a hostile stepfather, Tomas is forced to take to the streets to survive. He hopes to make a living with his artistic skills in a very specific way: carving out elaborate haircut designs for the young Afro-Colombian teenagers who adopt this as a major part of their fashion and cultural identity. Arango is especially adept at giving us a visceral sense of how this community is looked upon as outsiders in their own country and subject to race-based hostility. This is pertinently illustrated in one scene in which Tomas and his brother Chaco are chased out of an upscale mall by security guards solely based on their physical appearance. La Playa D.C. gives us a glimpse of a nation that is woefully underrepresented in world cinema, and it excels in immersing us in its environment with stylistic flair and humanistic sensitivity. 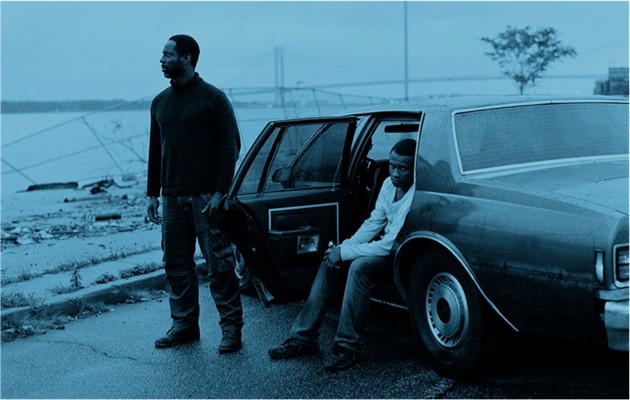 Blue Caprice is a speculative imagining of the events which led to the “Beltway Sniper” shootings in October 2002, in which John Allen Muhammad and 17-year old Lee Boyd Malvo committed random killings in the Washington D.C. metro area. It is refreshingly non-exploitative, and is graced with great performances by Isaiah Washington and Tequan Richmond as the killers, though it is marred by its coldly detached point of view, which never lets us inside their heads. 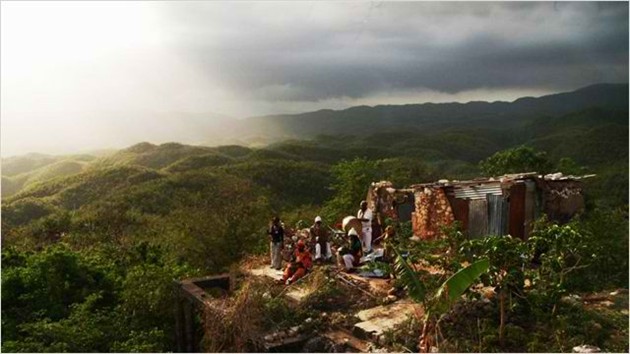 Jamaican reggae music is aesthetically, spiritually and politically permeated by Rastafarian ideology, which revered Ethiopian emperor Haile Selassie I, and advocated healthy living, organic living, and of course, ganja. Many know at least this much about Rastafarianism; what most may not know about is the story of the man who began the movement, Leonard Percival Howell, who is largely forgotten, even by those who follow a Rastafarian lifestyle.

Howell is the subject of this impressively researched and eye-opening documentary, which seeks to uncover the hidden, and governmentally suppressed, history of the man who existed as a constant thorn in the side to Jamaica’s government, both during and after British colonialism. Howell lived his early life as a sailor traveling the world, where he picked up ideas from everywhere he went: Communism, Indian philosophy, Marcus Garvey’s back-to-Africa movement, the Harlem Renaissance. With this eclectic mix of influences, he began a colony in Jamaica known as Pinnacle, where the guiding principle was self-reliance in every aspect, including farming and even creating a separate monetary system. Howell and his people were often persecuted by the authorities, and Howell spent some time in prison, and was even institutionalized in a mental facility at one point. An especially revealing fact emerges in the documentary: the most well-known aspects of Rastafarianism, wearing dreadlocks and smoking ganja, were directly influenced by Indians living in Jamaica at the time. Howell also had an influence on reggae music as well; Bob Marley, the world’s most famous and celebrated reggae musician, derived his nickname, “Tuff Gong,” from Leonard Howell, who was known as “Gong.” The First Rasta’s most moving passages concern music, much of it sung by now elderly followers of Howell, who are unstinting in their praise of their leader. 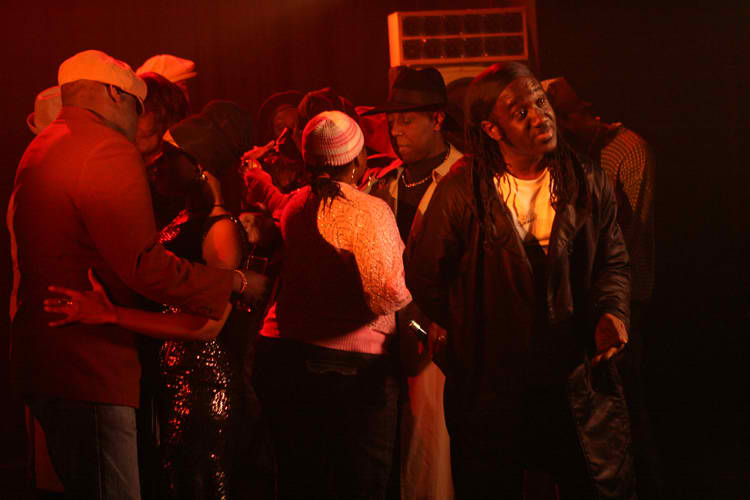 This documentary sheds valuable light on an underappreciated and largely neglected music movement in 1970’s and 1980’s Britain known as “Lover’s Rock,” which was a distinct genre of reggae music which originated among black British people who were born to immigrants from Jamaica and other parts of the Caribbean. Lover’s Rock was a softer, more romantic version of reggae that was a sharp contrast to the harder-edged, political, Rastafarian influenced music coming from Jamaica. This music, along with its culture of “sound systems” (live venues that served as an alternative network to mainstream radio, which mostly ignored Lover’s Rock), and methods of dancing to these baby-making tunes, were an escape from the racism and violence young people experienced at the time. The Story of Lover’s Rock makes a powerful case for this musical genre as a mostly unacknowledged influence on British popular music, which spawned such figures as The Police, Culture Club and UB40. Lover’s Rock music, even though its practitioners are still not widely known outside diehard devotees, remains alive through its travels to other countries, especially Japan, where latter-day fans eagerly embraced this music, and helped revive the careers of some of its artists. 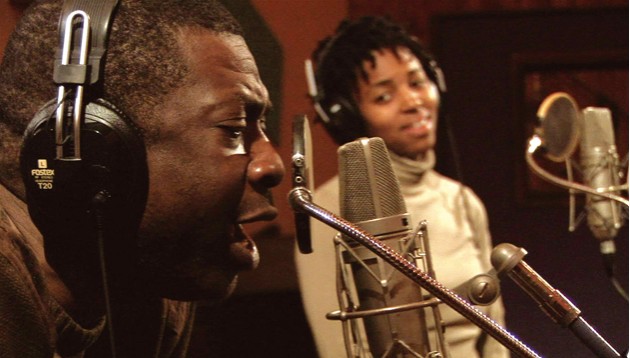 This documentary follows world music superstar Youssou N’Dour as he travels from his home in Senegal to Atlanta, New Orleans, Luxembourg, and back, to assemble musicians for a concert on the island of Gorée. This was a major port for the transport of slaves to America, and the film makes connections between this historical circumstance and the music that resulted, and the massive influence on American jazz and blues. The film’s impact, however, is lessened by its very conventional structure, and its lack of clarity on the exact project N’Dour is creating: is it a concert, a recording, or part of a multimedia project? Also, one wishes there were a little more information on the musicians themselves, especially Moncef Genoud, the pianist who accompanies N’Dour. Nevertheless, the documentary shines in its sequences of the musicians putting together this great music, and is quite astute in its demonstration of the remarkably similar rhythms in the music of N’Dour’s global travels. 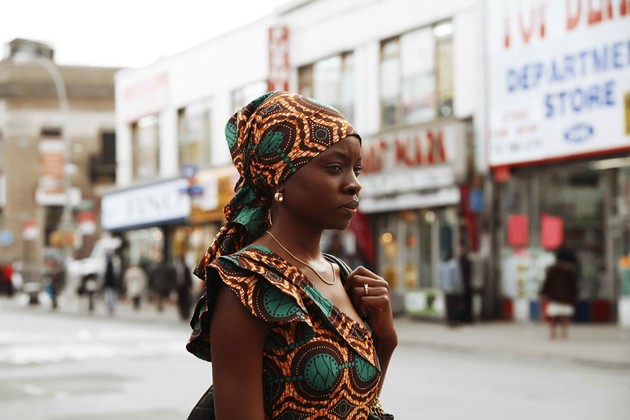 A frequent visual motif in Andrew Dosunmu’s pictorially stunning second feature involves blurry, indistinct figures slowly coming into focus. There are also odd framings, with characters placed off-center or cut off in the frame. Mother of George’s images, forming another wonderful showcase of the talents of ace cinematographer Bradford Young (who also shot Ain’t Them Bodies Saints), deeply reflect the alienation and isolation felt by its central character Adenike (Danai Gurira) a Nigerian woman brought to the U.S. to marry restaurant owner Ayodele (Isaach de Bankole). The film begins with a gorgeously colorful traditional Yoruba wedding, but this pictorial beauty thinly conceals the subsequent situations of rigidly traditional values placing shackles on those compelled to practice them. Adenike is under severe pressure to bear a child, which mostly comes from Ayodele’s mother; and this becomes an all-consuming goal, and the manner in which she must achieve this brings tragedy to all concerned. The vibrancy of Brooklyn’s Nigerian community is given mesmerizingly vivid form in this remarkable film. 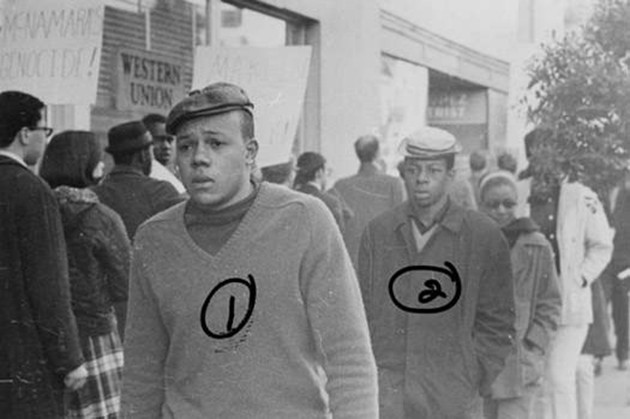 ADIFF’s closing night film, this documentary delves into the nefarious activities of the Mississippi State Sovereignty Commission, which was formed in 1964 as a response to “Freedom Summer,” in which there was a massive mobilization to support and fully affirm the right of blacks to vote in the state. This greatly threatened the essentially white supremacist power structure that existed in Mississippi at the time, which feared that the majority black population of the state would completely overturn the status quo. The Sovereignty Commission was essentially a spy agency set up to report on the activities of civil rights activists, with such tactics as surveillance and infiltration of activist groups. Most insidiously, they employed other black people who benefited from state segregation to infiltrate and inform on civil rights groups. Names and addresses of activists would be published in local papers, inviting retaliation from and terrorizing by the Ku Klux Klan. The Commission was much later proven to be indirectly responsible for the murders of civil rights activists Medgar Evers, James Chaney, Andrew Goodman, and Michael Schwerner. Spies of Mississippi vividly uncovers this chilling, little-known dark corner of American history.