Opening: GRAVITY Astounds And Thrills And Chills And Astounds Again 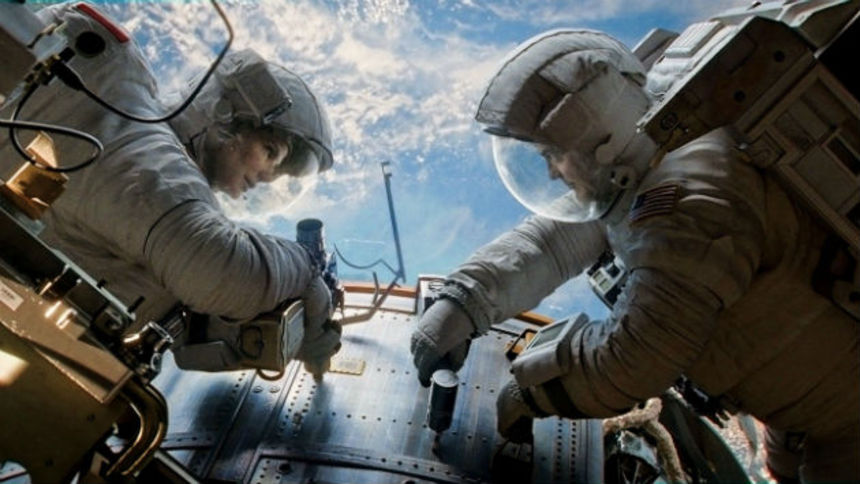 So you want to be an astronaut?

Alfonso Cuarón's gripping, often spectacular thriller Gravity sends George Clooney and Sandra Bullock flying into space, where they encounter every explorer's worst nightmare, the deadly kind you can't hope to control, but can only pray you can somehow survive through luck, nerve, and training. The film made the rounds at select festivals to a hail of accolades last month, including a very positive notice by ScreenAnarchy's Jason Gorber, reporting from Toronto:


No words can truly express the experience of Gravity. For the film truly is an experience like no other; a supreme example of deft storytelling merged with astonishing imagery.

I'll provide my own hyperbole here: In many ways, Gravity is the film that cinema was born to make. It echoes the dreams of Meliés writ on a modern giant canvas, yet does so with such impeccable restraint that like the lead characters it will leave you breathless.

This element, Cuarón's restraint will likely get overlooked by some, but it's worth applauding as much as the film's mighty visuals. This is a 93 minute film that tells an eloquent story within a conventional running time. We are not driven to need to linger at any point, there's no fat on the film's frame, no moment that rings untrue. We have an extraordinarily well crafted script that keeps things moving apace while at times toying with expectations, but never allowing us to feel that we're just hanging around for the next drama to happen. Like the capsules and stations that are the film's setting, this is a beautifully engineered construction, free from filigree or ornamentation.

Quite simply, Gravity is an instant classic. It is the type of project that reflects just what cinema can do that no other art form can, and it does it in a way that no other film has done before.

I'm not quite as over-the-moon as Jason, but it is very much worth seeking out on the biggest screen possible, with the best sound possible. (IMAX? Yes. 3-D? Yes.) If such a projection facility exists in your locality, Gravity will maximize the experience -- and possibly make you think twice before signing up for the astronaut recruitment program.

The film opens in wide release throughout North America, Australia, New Zealand, and multiple territories in Asia and Europe on Friday, October 4, and will roll out to Latin America and other territories in the following weeks. Visit the official Warner Bros. worldwide release date page for more information.

Do you feel this content is inappropriate or infringes upon your rights? Click here to report it, or see our DMCA policy.
Alfonso CuaronGeorge ClooneySandra Bullockscience fiction