Interview: I Got CARRIEd Away With CHLOE GRACE MORETZ 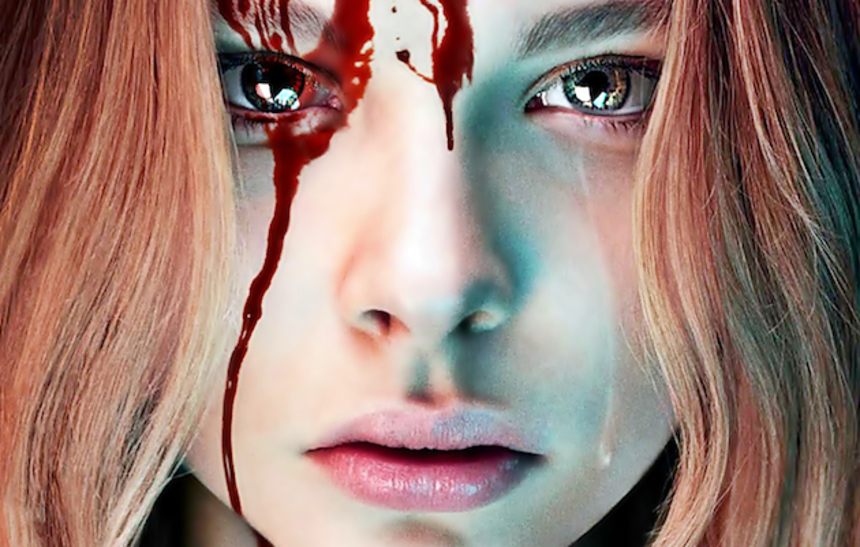 A quick admission here. I was so star struck meeting Chloe Grace Moretz that I flubbed the first part of this interview big time. But she was there for me. I know most big stars don't like getting called out for their good deeds but when I needed rescuing Hit Girl was there. Luckily I had done my research and seen Big Momma's House 2 as well as Carrie so our conversation took some interesting turns.
ScreenAnarchy: The character of Carrie has a fascinating history. You first played her in BIG MOMMA'S HOUSE 2 right?
Chloe Grace Moretz: Man...you're good. No one else has picked up on that.
Well it says right there on IMDB. Same character name and everything. I was suspicious because it has the same spelling.
uh.....(silence).... who are you with again?
Was there any temptation to bring Martin Lawrence into this? I just kept imagining him in that fat suit every time I saw Julianne Moore.
Actually we did have Martin read for the role of my mom but he wanted to add this whole weight loss plot line. We wound up using his Big Momma costume as kind of a design starting point for my prom dress in the film.
So.. getting serious, you guys went back to the original novel. Did that create some distance between the 1976 version and this version. Did it make it easier to approach the character?
Yes. My biggest fear was I wanted to be able to pay homage but ultimately I wanted to see us make a movie that breathed life into Stephen King's words. If he watched our film and was happy with my take on his character I'd be completely happy. The character he wrote is just astonishing.
I was struck watching this that it's a lot more intelligent than most films aimed at a genre audience. In fact I would say that about KICK ASS and LET ME IN as well. They obviously have a mainstream demographic they aim for but they don't let that audience off the hook.
They aren't simple movies about teenagers. In a way they're almost anti high school movies. There's a cause and effect that come with packing teenagers together in an institution like that. There's something fundamentally unhealthy about that model. One teacher for sixty students does not work. One on one interaction is this essential part of life for kids. They need to be protected and carried through to some degree. I've had the same teacher since I was nine and a difference I see between my friends is the level of fear. Not wanting to put a hand up in class. That kind of thing.
Carrie gets a lot of one on one attention from her mother but it's the wrong kind. It isolates her.
Isolation from family is incredibly damaging to most people. Humans are pack animals at the end of the day. When someone winds up isolated the way that Carrie is in this film, or ostracized from their peer group, it never goes well for the rest of society. We live and work in these little communities we build. We need each other. We need input, and connectedness. We tend not to function well on our own.
Don't you feel a little isolated by what you do? I'd imagine it creates this weird wall around you at times?
I've had my best friend since I was five. I have an incredibly protective and loving family and we are ridiculously close. I take my brothers to concerts over my friends. Oddly I think it's when I'm around other teenagers or people my own age who I don't know that I feel that way the most. The truth is I don't know the life of an average teenager. When I encounter that it's kind of confusing for me.
You also have to struggle past objectification to build relationships. We all do. We all have false ideas about one another.
I always feel like I'm put ten steps behind. People expect me to be mean and rude and diva-esque. People expect me to be a drug addict or an alcoholic at sixteen. So I feel this obligation to people to correct what they might be thinking. That's too bad. But this business is all about projecting image and managing expectation. So when I go into meetings or meet people for the first time I try my best to get out of my comfort and talk about something other than the business.
My biggest thing is having my family around at all times. I have a lot of people helping me, influencing me when I need to make decisions but my family is how those decisions become reality. I've met so many actors my age and even older who get isolated and in two years they are completely different people.
-----
Carrie opens nationwide Friday October 18.
Sign-In to Vote
Tweet Submit

Do you feel this content is inappropriate or infringes upon your rights? Click here to report it, or see our DMCA policy.
CarrieChloe Grace MoretzDark ShadowsHit GirlKick AssKick Ass 2