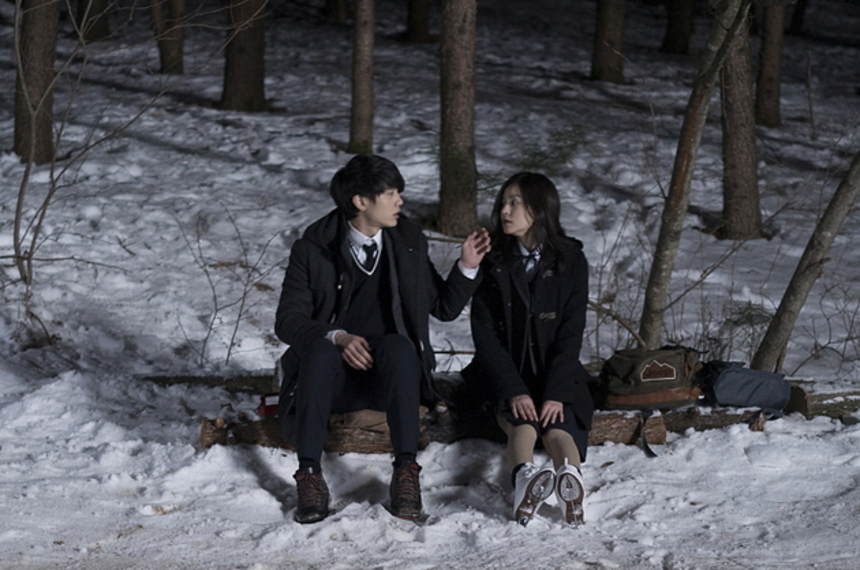 Sometimes, even the most skillfully assembled volley of words can do little to express our feelings or explain our past experiences. There are moments, so great, that they are beyond words or others, so terrible, that could never truly be conveyed with a the help of a dictionary. Throughout modern Korean cinema we've been introduced to characters so badly scarred that they've lost the ability to speak. In Choi Jin-seong's Steel Cold Winter, the young protagonists do speak, but they do so so reluctantly that it's as though they've been robbed of their ability to do so.

A teenage boy moves with his mother to the countryside, while the father remains in Seoul, after he witnesses one of his friends fall to his death. In a quiet snow-covered village where he will ideally get his mind off the incident, he meets a mysterious girl who he becomes attracted to. She lives with her mentally handicapped father until one day he disappears.

Neither of the lead protagonists fit into their surroundings, and in a remote place with little to latch on to, they become introverts, unable and unwilling to communicate with those around them. As they have little use for words, they find themselves part of a generation of Korean teenagers who have been silences by their inability to connect with a society that is perpetually in flux. The problem is that these characters are less well drawn than one would hope. They are ciphers, representations of a traumatized youth lacking individual characteristics.

The countryside is frequently relied on as a site of horror in cinema and once again this is the case here. Perhaps the film's most effective asset is its atmospheric location photography and its description of a place full of creepy, shady and unscrupulous characters. In the rural world of Steel Cold Winter, the truth is treated with disdain. In the midst of a potential foot and mouth epidemic, pigs are being buried alive. These scenes are shocking enough on their own merit but when we see the money that is exchanging hands before the pigs are shuffled off their mortal in the most inhumane way, the effect is unsettling to say the least.

Just like the poor swine being led to slaughter, problems in Steel Cold Winter are buried unresolved. In a series of beautiful scenes, the young leads skates on ice by the edge of the forest under the night sky. Enchanting though these scenes are, they also reinforce the thin line between truth and falsehood as the narrow sheet of ice they gracefully glides threatens to plunge them into a cold and dark abyss in an instant.

Subdued and handsomely produced, Steel Cold Winter looks the business. However, by mining all too familiar social themes without a clear new voice, it falls short of leaving its desired impact. Rape, high school violence, hierarchy, inept cops and small time corruption. It's all here, but we've seen it all before. Featuring a great soundtrack and a handful of powerful scenes, Steel Cold Winter is a solid, if somewhat uninvolving debut feature.

Do you feel this content is inappropriate or infringes upon your rights? Click here to report it, or see our DMCA policy.
2013biffbusan film festivalchoi jin-seongdebutindiekoreakoreankorean filmnew currentssteel cold winter