Surveying The Glandscape: Russ Meyer At The Anthology Film Archives

Peter Gutierrez
columnist, critic; USA (@suddenlyquiet)
Sign-In to Vote
Tweet Post Submit
Just about anyone who stops by ScreenAnarchy is bound to know the name Russ Meyer, and is at least aware of a film entitled Faster, Pussycat! Kill! Kill!, or perhaps Beyond The Valley Of The Dolls. Associated with the man and his work are words such as sexploitation and/or exploitation. A nickname widely used in some circles for Meyer was "King of the Nudies". But to leave Meyer's films to the heap of low-brow pop culture is a mistake, shutting the doors on someone who was an undoubtedly, vibrant and original film artist.

Running as a precursor to their Sexploitation festival, the Anthology Film Archives in New York is presenting a handful of films from Meyer's vast oeuvre. This retrospective, entitled "The Gladscape Artist", runs from August 15 to August 25.

Our own Peter Gutierrez looks at a selection of these films, detailing why Meyers was indeed much more than the mere "King of the Nudies" -- for instance the 1975 trailer for Supervixens called him "the rural Fellini" (Please be aware that the following gallery may contain images that are NSFW) [ed. Ben Umstead] 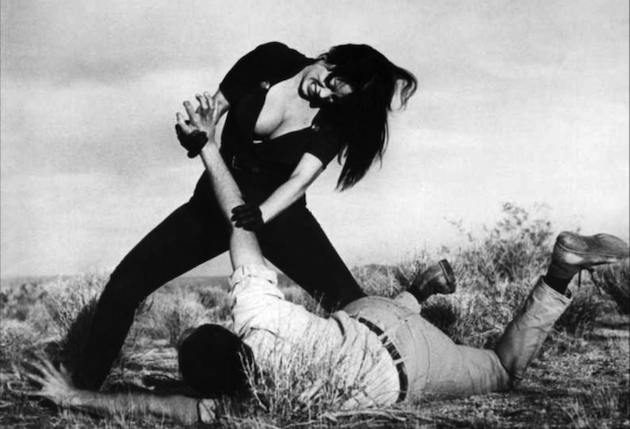 “Ladies and gentlemen, welcome to violence…” Those voiced-over words and the rest of the expressionism-a-go-go opening still startle in terms of their boldness, and emotionally Jack Moran’s script does the same, with its Jim Thompson-like emphasis on the psychosexual elements of lurid crime. Well, of course the difference here is that the deceptive sociopath at center stage is the female (“There ain’t no doubt about your gender, girly”)—though militantly non-feminine—Tura Satana, who snarls her way to one of the most uncompromisingly ferocious performances in cinema history.

Chances are, if you’re reading this you’ve either seen this classic or have always wanted to—well, here’s your chance to catch it in 35mm, which, amazingly, happens to be the format for the entire series. 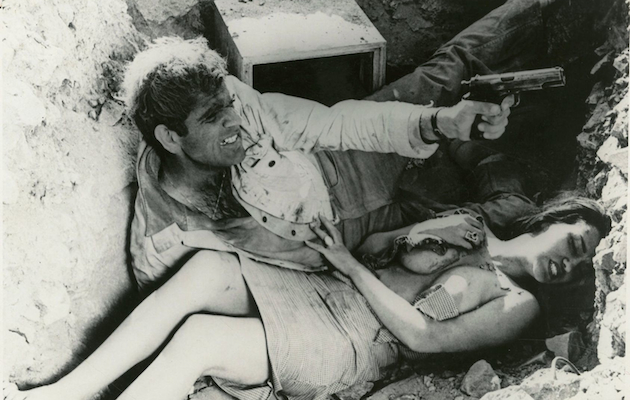 If you can’t make it to Faster, Pussycat! then you’ll want to catch this as an alternate way to pay homage to the great Haji, a unique screen presence who sadly just passed away. Motor Psycho may also be Meyer’s ultimate rebuttal to those who simplistically equate sexploitation with sexism, as it contains some of the most lowkey yet disturbing condemnations of misogyny (check the sheriff’s treatment of a rape victim) you’ll find anywhere. Sure, there are few eye-rollingly absurd scenes, too, but the overall seriousness—buoyed by a typically intense Alex Rocco performance—all but smother them. If that weren’t enough, the striking use of the desert landscape confirms a tentative theory of mine: that Meyer was a true unacknowledged master of the Western. 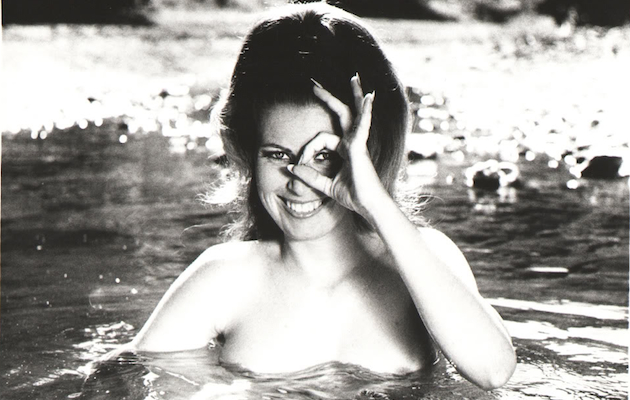 Alternating between nude-in-landscape compositions, a tone of put-on “sincerity,” a nearly farcical plot centered on cuckolding, and a scathing portrait of racism via its title character, Vixen may seem to be all over the place. Part of the fun, though, is watching Meyer attempt to make everything cohere, especially once some ‘60s-zeitgeist political commentary is added to the mix as well as an airplane-thriller section that contrasts with all that precedes it. The result is that you’ll laugh one minute and be appalled the next.

An important film in Meyer’s career, Vixen also prefigures some of his wilder, less conventional filmmaking in the 1970’s while still retaining the fascinating and audience-challenging approach that presents an ostensible sex object as a none-too-likeable anti-hero. 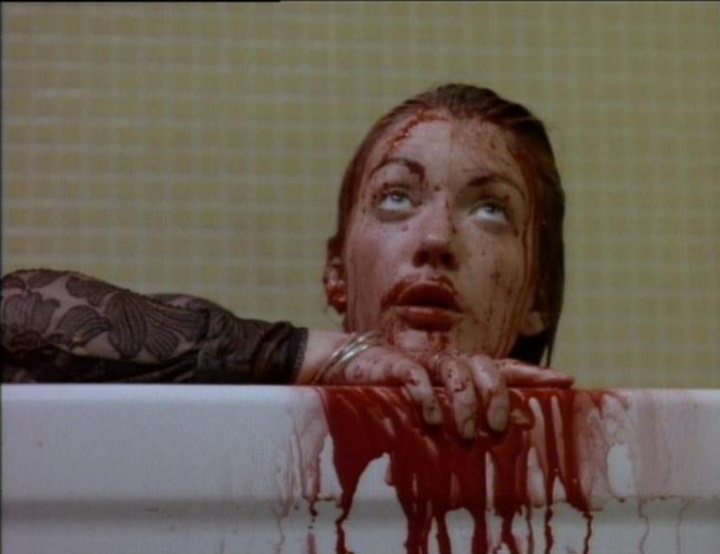 The first act’s horrifically extended sequence of pursuit and murder is worthy of a no-holds-barred slasher film, something that 1975 moviegoers gazing droolingly at the film’s poster could not expect. The same might be said of the out-and-out surrealism that erupts during the long Sullivan’s Travels-like middle section. For curveballs like these, not to mention its audacity and narrative scale, Supervixens is one of Meyer’s most ambitious films.

It also ups Motor Psycho’s indictment of male savagery since here it’s not outlaws but “the law” itself that hunts women, in the form of Charles Napier’s memorable villain. And for better or worse, by featuring many members of Meyer’s stock company as well as repeated elements from his earlier films, Supervixens takes on a “Greatest Hits” feel. 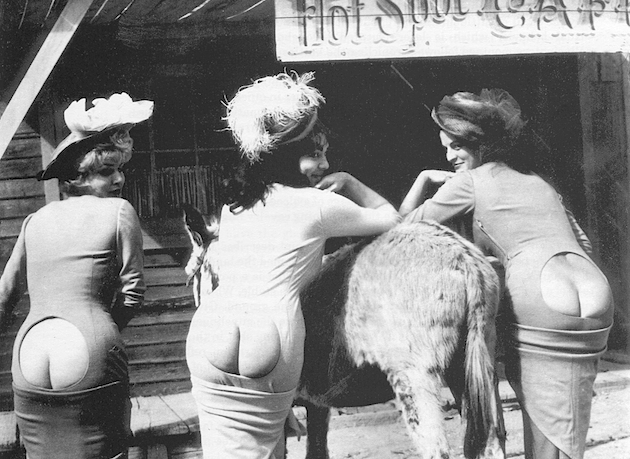 No human being appears for the first six minutes of Wild Gals… and yet it’s absolutely wonderful in its artfulness. In fact, its thoughtful, and yes, avant-garde feel hardly prepares one for the rest of the film, which can get tiring if viewed for narrative; sure, there’s a story, but it’s slight and doesn’t get going until fairly late. Instead, Wild Gals is nothing so much as a compendium of creative editing and non-stop sight gags built around a core of old-style burlesque. The result recalls silent films, TV fare both experimental and lowbrow (think Ernie Kovacs plus Benny Hill), and the minimalism of a Western-set Hanna-Barbera cartoon. Oh, the irony: originally for naughty horndogs, today Wild Gals’ appeal will largely be to art house aestheticians.

Make no mistake, the late David F. Friedman is a terrific guide through the decades of oddities, but because he and Henenlotter are the only ones who ever speak, this may have been more focused as a doc about Friedman.

For more on both programs, check out the links below:

Do you feel this content is inappropriate or infringes upon your rights? Click here to report it, or see our DMCA policy.
anthology film archiveseroticaexploitationruss meyersex on filmsexploitation