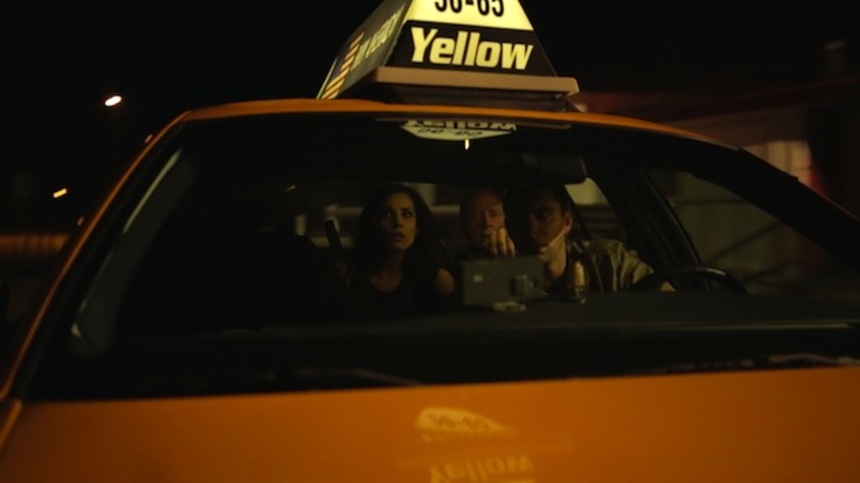 In 1947, Humphrey Bogart, one of Old Hollywood's biggest talents, started an independent production company named after his yacht. The story behind Santana may sound quaint by today's standards, as just about every actor with some clout has their own company for creative endeavors. But true to his character, Bogart was a pioneer in that Santana was one of the very first independent production companies to step out of the shadow of Jack Warner at Warner Bros. In that, Bogie most certainly did it his way.

While Bogart produced only seven features under the Santana banner -- In A Lonely Place and John Huston's Beat The Devil among them -- his legacy of creating crackling character-based noir is about to live on hard and strong and good thanks to filmmaker Steve Anderson and the Humphrey Bogart Estate. Enter: Santana Films.

Anderson, his producing partners Josh Mandel and Jeff Marchelletta, and estate manager Robbert de Klerk, plan to make a series of, as Anderson puts it, "films that are crime films, noirs and thrillers -- films that Bogart would make if he was still around." This will all be under the watchful eye of Bogie and Lauren Bacall's son, Stephen Bogart. And, as you can probably tell from the above picture, they've already got their first film, entitled This Last Lonely Place, in the can.

I'm sitting with Anderson in his Santa Monica apartment. The sun is setting in usual brilliant SoCal fashion, all creamsicle orange and cotton candy pink. Colors to contradict the noir-tinged conversation we're having. Near by, but feeling far away, the Pacific churns. "I am completely enamored with noir," Anderson states. "It fits my world view." I ask him if he would care to extrapolate on that point. "For me it's really the existential nature of our being. I think we're born alone. We live life with friends and those we love, and then we die alone. Our journey is essentially our own. It's really about the choices you make. If you make good choices you can head in a good direction. And we don't always make good choices. Sometimes we make bad choices. The characters in noir take that one extra bad choice that inextricably leads them down the wrong path."

Even lounging on his plushy couch, Anderson's long frame exudes a startling surefootedness -- he is no doubt a filmmaker. But his stature belies an overall gentle nature. He speaks softly and articulately. He's eager and excited too, considerate of the other in conversation. Anderson has spent practically his entire adult life in and around Hollywood, but he's not jaded by such a gnarly place. Quite the opposite he's a breath of fresh air. Making a living as a writer-for-hire, and finding some moderate successes as a director with the documentary Fuck and the Jon Favreau-starring dramedy The Big Empty, Anderson is a guy who has clearly done it his way, which means he's learned the lesson of how to be both patient and persistent with his creative endeavors. It's quite the balancing act, but with This Last Lonely Place and his freshly minted partnership with the Bogart Estate, it is most certainly a formula that is now paying off in  *ahem* spades. 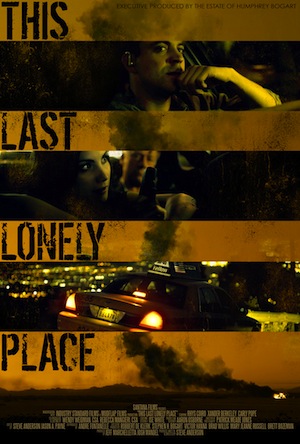 This new venture is in large part due to the seemingly strange workings of social media. Some would say the land of Twitter is a place of flukes, mad hatter luck and pure happenstance. Others know its secrets in the guise of algorithms and number crunching. But as all good noir fans know, fate hangs its hat in the most unlikely of places.

Last spring, Anderson and his producers had another noir-tinged project, The White Orchid, holed up at a big production company. "It can be really hard to get your foot in the door at a place that size," Anderson says. "So I called Josh and Jeff, and said 'look, let's keep it there as the possibility to do it with them would be great, but I'm just gonna write this script and let's try and make it this summer.' I wrote [This Last Lonely Place] in about three weeks.The script just kind of came out of me very quickly and changed very little to what I originally wrote to what we eventually shot. So then the plan became: 'All right let me try this Kickstarter thing.' I had modest expectations. I said I'm going to put the script online, which most people didn't do, because I thought if people are gonna donate, let 'em read the script and decide for themselves. I asked for $75,000 and launched the campaign."

What happened next is something Anderson describes as "this sublime moment." The filmmaker was at the airport about to take a red eye back east to his boyhood home of Rochester. "When you're doing a Kickstarter you have to consistently tweet and such to get it out there. I was just really tired of writing tweets like 'Please support my Kickstarter #FilmNoir!'. So after a couple of drinks I started tweeting film quotes. But inserting the word 'Kickstarter' into them. So Jaws would be 'We're gonna need a bigger boat' and I would be 'We're gonna need a bigger Kickstarter'.  And one of those quotes was 'I think this is the beginning of a beautiful Kickstarter.' And in some fashion... Robert is very active in social media.. the Bogart estate themselves are very active too... they saw that tweet. I probably hashtagged Bogart or something. And that took them to the Kickstarter. And that was it."

Well not quite. An email from de Klerk followed and once Anderson was back in LA the two met. Soon enough the estate was acting as executive producers on the film. The project was then spurred on by Bogie's big following online, and before everything was said and done This Last Lonely Place earned $90,000 in its Kickstarter campaign alone.

"We ended up having such a great experience doing it," says Anderson of his relationship with the estate during the production of the film. "It was planned well, and we brought on a great cast and crew that believed in it. Shortly after we wrapped I said to Robbert, 'Hey what about continuing Santana Films? What about continuing to do this under the Bogart banner?'"

Anderson continues: "To be clear we're not reestablishing Bogart's production company. We're using the films that he made and other films that were made in that time as inspiration... the noirs and the thrillers and that old Hollywood style of filmmaking... which is great actors and great characters. We're combining that with this new kind of filmmaking of crowd sourcing and marketing. So we're blending the old with the new." Anderson pauses. Through the windows, the last blast of sun is cutting across the sky. "Look," he says, "I made The Big Empty in 2003. It was an indie made for $2 million. That's just not possible anymore now that DVD and all of that has fallen away. So now it's really up to the filmmakers to build audiences. So what started with my high school friends we can now build out to a coalition of Bogart fans, because we'll be under that Santana umbrella. Hopefully we'll have indie fans who are interested in the way we're making these, and of course noir fans. The best thing here is that we're starting out with a core group of fans." 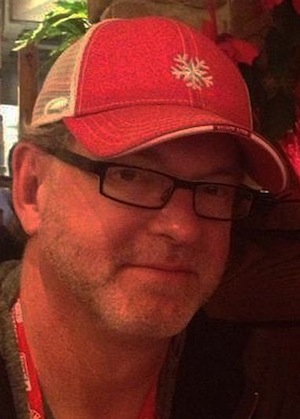 And what of This Last Lonely Place? "I set out to do something that was an old school noir. The impetus for it were these low budget films of Bogart's time. We knew we were gonna have to do it next to nothing. I looked back and some of my favorite movies of all time are old noirs that were done back in the 40s or 50s. The ways that they were done were as b-movies, in the best sense of the word. They were done in a few days with stars that were not necessarily A-list stars, but still really good actors. Most of the low budget films we see these days are generally set in one location, so it struck me one day that what if that one location was a cab? And then the cab goes around the city and the city becomes a character."
Behind the wheel of that cab, the film  charts one dark and fateful night across Los Angeles and in the desert beyond. Months back I saw an early cut of the film which already boasted some electrifying moments, in large part thanks to the performances by Entourage's Rhys Coiro, Carly Pope and veteran character actor Xander Berkeley. Anderson describes his trio of characters as such: "Sam [the cab driver] is a vet. You can tell something's not quite right as he's wearing an hearing aide. Frank is an investment banker who we find out is running from some shady investment schemes. Fay is a character who epitomizes so many people that came to Hollywood, their eyes to the sky and wanting to make a good place for themselves, but somewhere along the line took the wrong step. She's looking to make one score, she's trying to come out of this abyss that we sometimes get dragged into in Los Angeles."

So what's next? As you can probably guess, Anderson and co. are prepping This Last Lonely Place for a festival run next winter and spring. But even before that it'll be time to shoot the second picture under the Santana banner. And surprise, surprise, it's going to be  The White Orchid, which is now back in Anderson's hands. The filmmaker concludes: "With This Last Lonely Place, we've proved this kind of low-budget, crowd-sourced filmmaking can be done. And we're going to continue to do it that way."

In the meanwhile, check out the trailer for This Last Lonely Place below, and to keep abreast of Santana Films check out their website right here. 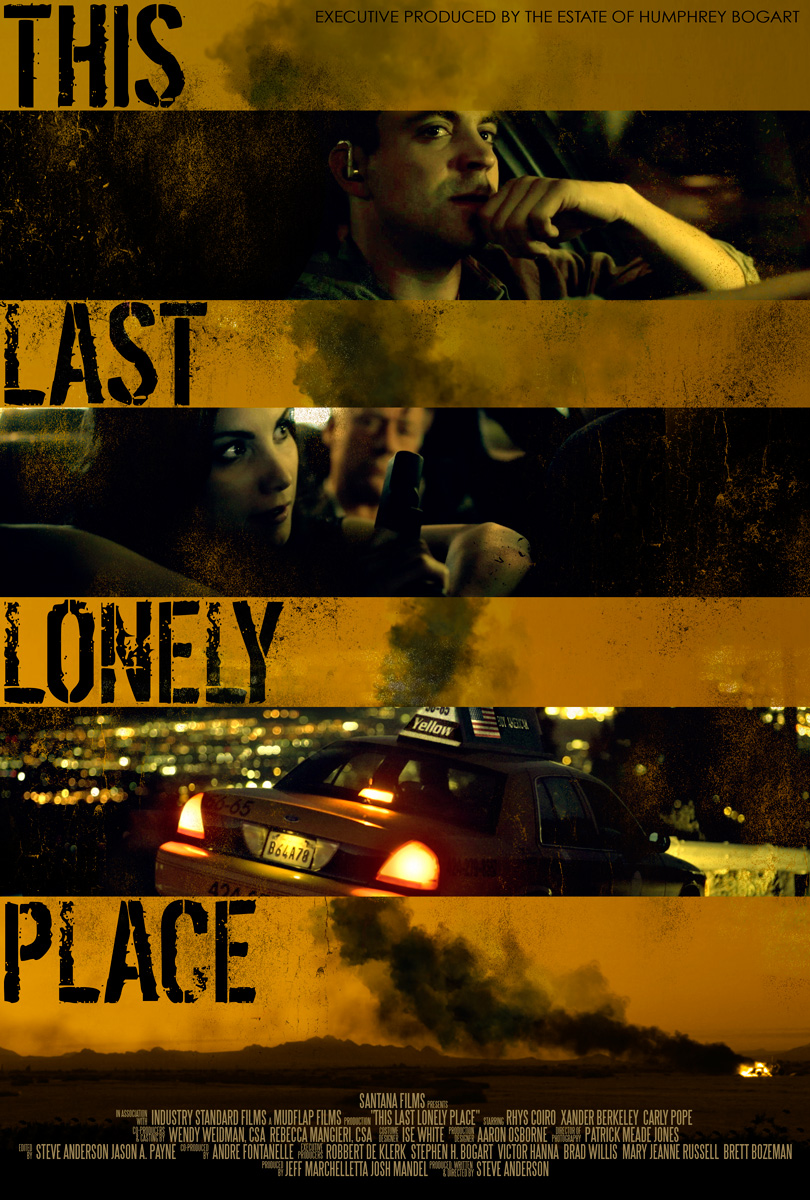 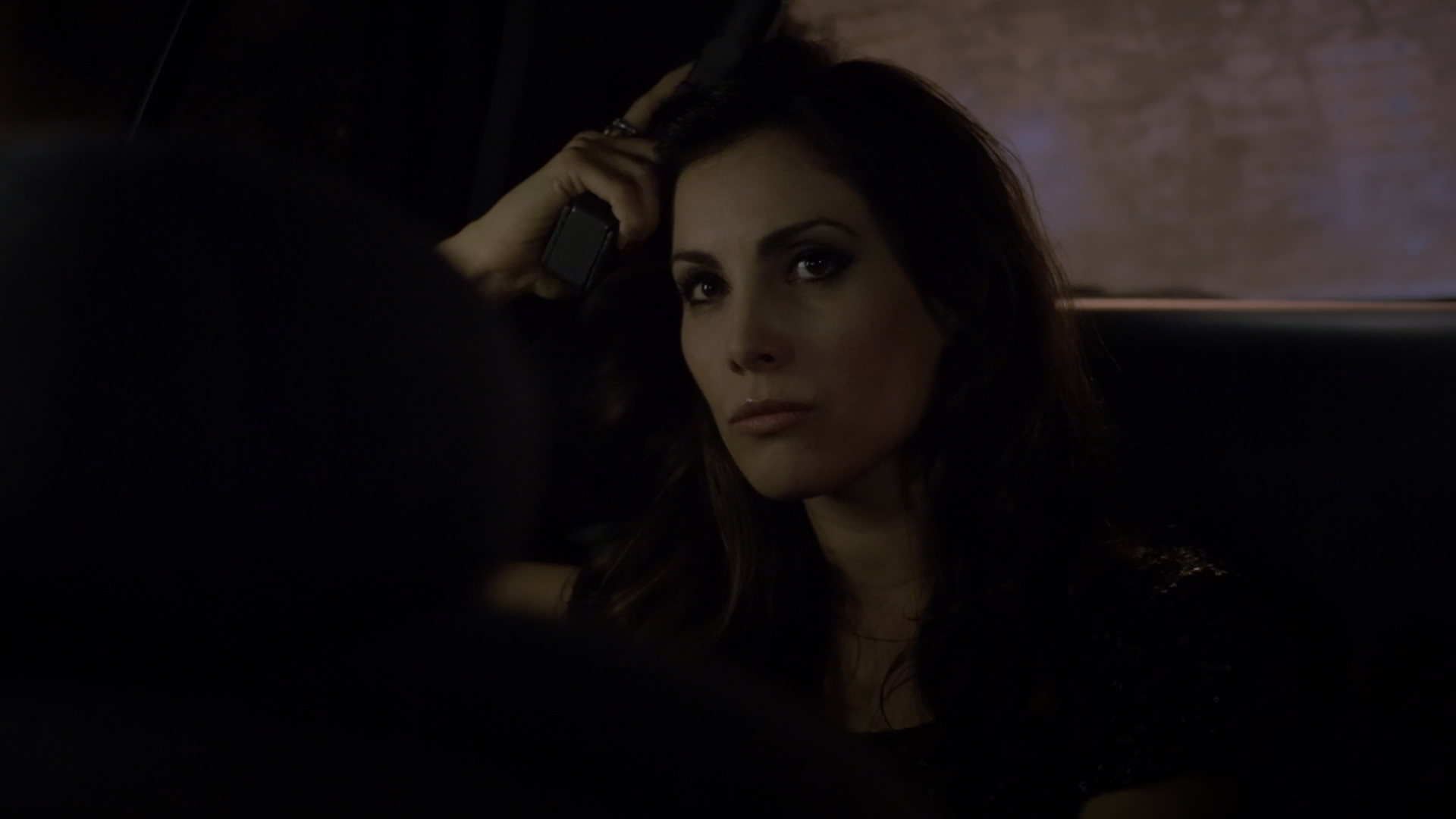 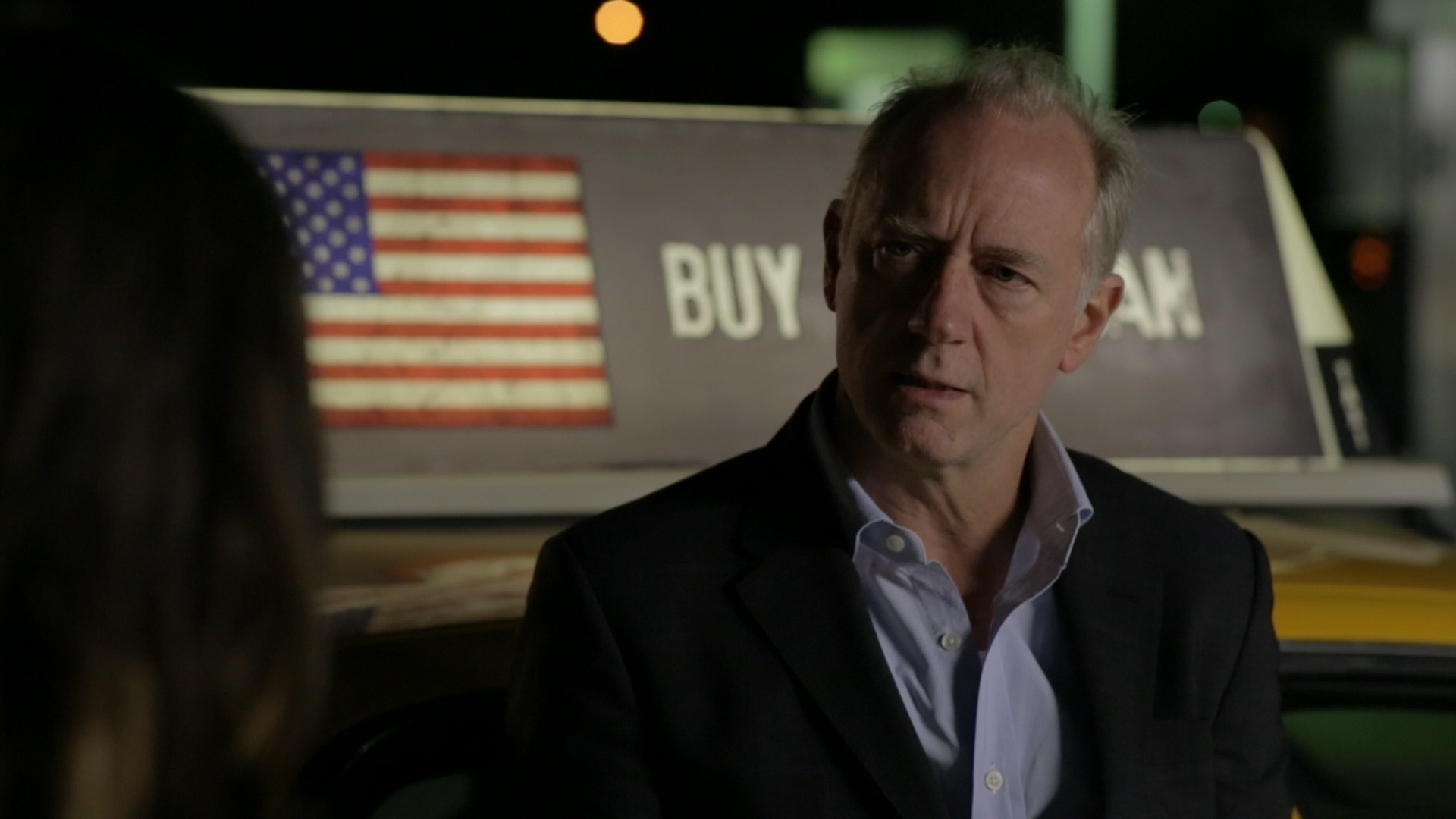 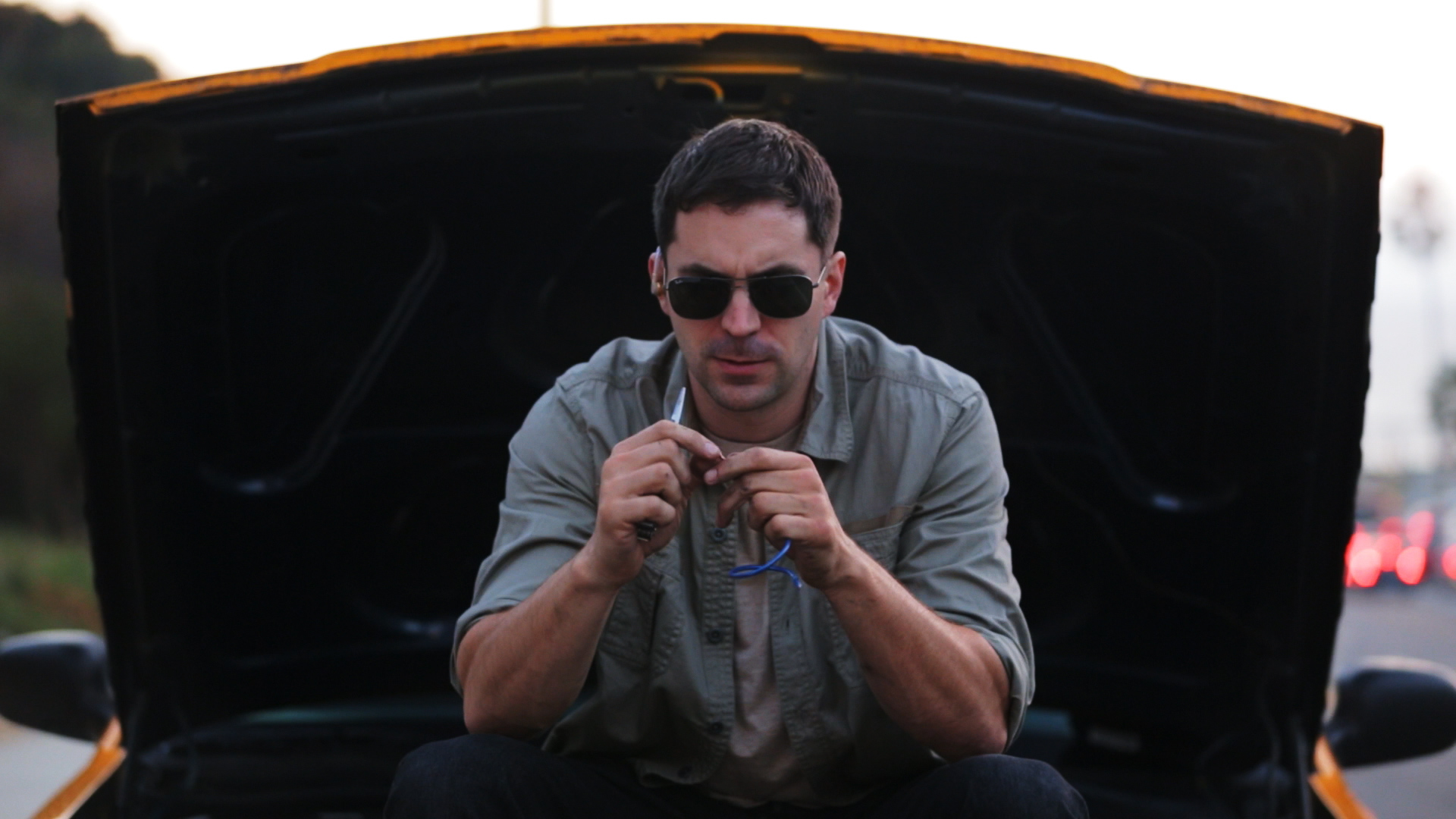 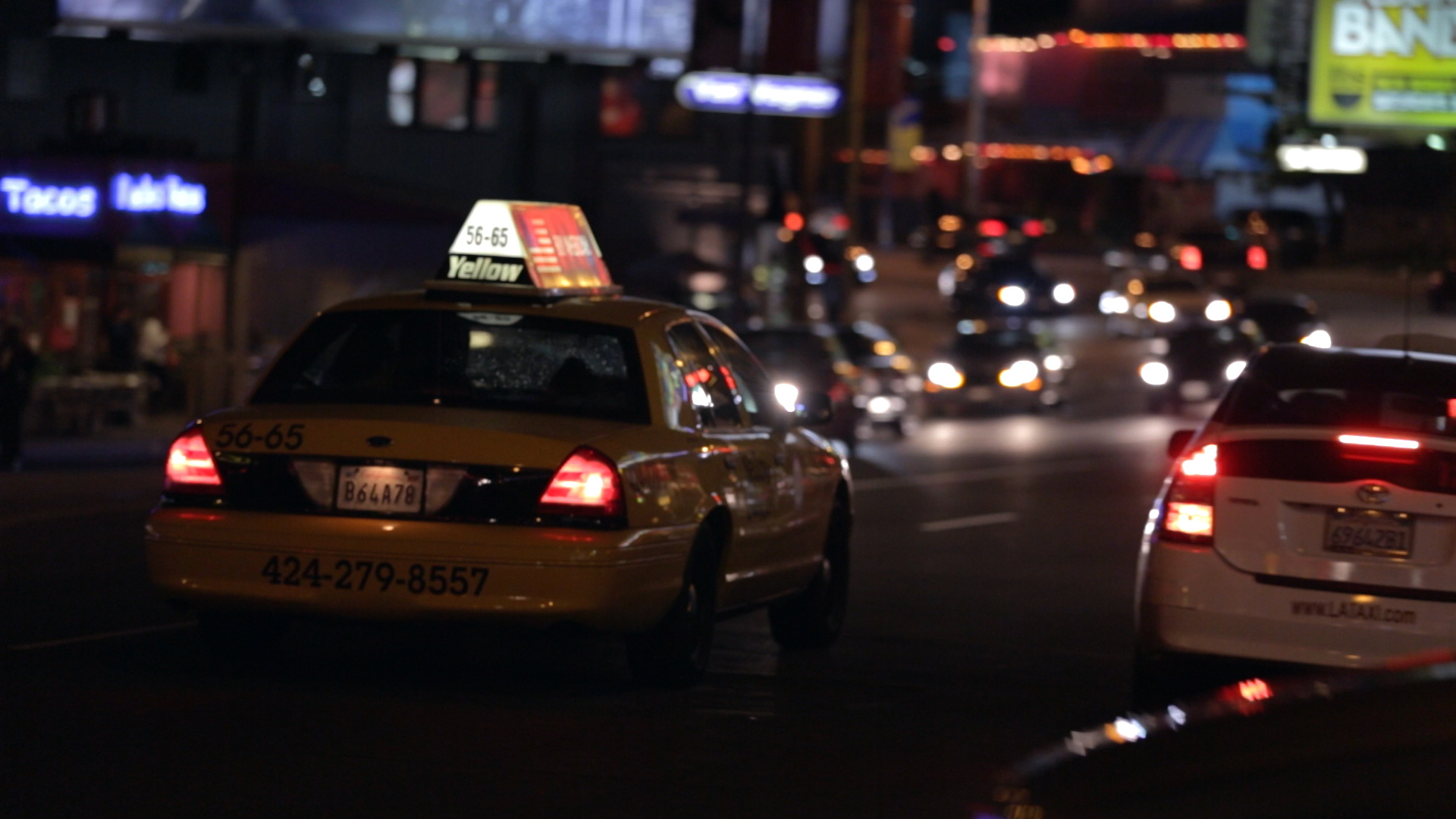 Do you feel this content is inappropriate or infringes upon your rights? Click here to report it, or see our DMCA policy.
film noirhumphrey bogartnoirsantana filmssteve andersonthis last lonely place