Indonesia film history dates back almost 100 years, and Indonesian audiences typically love animation in film and on TV, so it's remarkable and strange that the country's first 2D feature animation to ever be released theatrically has taken this long. But it has, and this first animated feature, Battle of Surabaya, is set to be released in theaters in 2014.

Battle of Surabaya tells the story about a shoeshine teenage boy Musa, who work as a courier for Indonesian pro-independence soldiers in the peak of the first and heaviest battle against British Indian Troops after the Proclamation of Indonesia Independence, that became a national symbol of Indonesia resistance, this event happen on 10 November 1945 that later will be celebrate annually as Heroes Day (Hari Pahlawan). 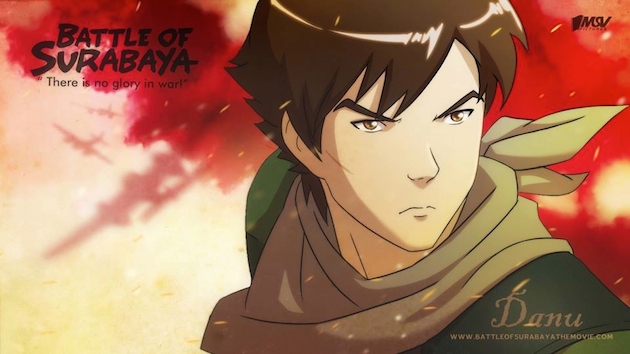 Based on the first images and teaser trailer, the film looks promising. It has a style that leans towards anime and looks similar to the animated TV series Avatar. Check out the trailer below!