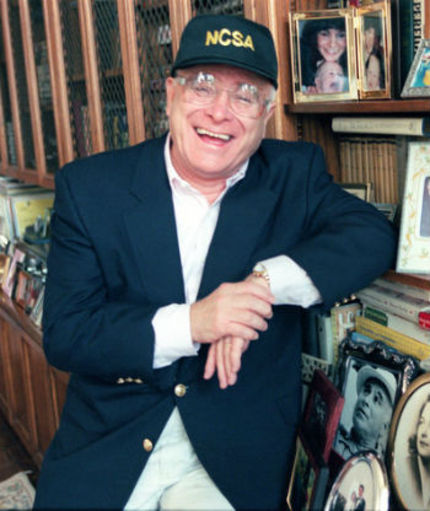 Ted Post, who directed Clint Eastwood Westerns, the weird cult classic The Baby, and the sequels Magnum Force and Beneath the Planet of the Apes, has died. He was 95.

His name may not be instantly familiar, but Post was a journeyman director whose career stretched 49 years, beginning on television in 1950. According to the Los Angeles Times report, Post was born in Brooklyn in 1918, worked as a movie theater usher in the the late 30s, considered acting, and then started directing summer stock theater in Long Island.

Making the leap to television, he directed dozens of episodes for a variety of shows. He made his feature debut with the 1956 Western The Peacemaker and then carried on with his TV career, which included 56 episodes of the long-running Gunsmoke and 24 episodes of Rawhide, which is where he got to know the young Clint Eastwood. A few years later, after Eastwood went to Italy and become an international star in Sergio Leone's Spaghetti Western trilogy, Eastwood reportedly insisted that Post direct Hang 'Em High (1968).

Post's feature credits are definitely a mixed bag, reflecting the reputation of a reliable filmmaker who always endeavored to serve the material well -- not a bad thing at all if you want to be a working director in Hollywood. Both Beneath the Planet of the Apes and Magnum Force are strong, sturdy sequels that get the job done. Go Tell the Spartans is an above-average movie about war, starring Burt Lancaster, while Good Guys Wear Black is an entirely enjoyable Chuck Norris action vehicle.

My favorite Ted Post film, however, is The Baby. Released the same year as Magnum Force and The Harrad Experiment, a would-be sexual shocker starring Don Johnson that's too conservative for its own good, The Baby contains more implicit depravity than most any other PG-rated movie I've ever seen. As I wrote a couple of years ago:


If you can accept that a man grew into adulthood physically but remained an infant mentally and emotionally, there's nothing too odd about The Baby. Post, who took more than a year to warm up to the "abnormal" material after he was first approached to direct, wanted to emphasize the normal, everyday aspects of the characters, rather than taking a "horror movie" approach. Thus, his direction does little to suggest that it's anything but a straightforward social drama, with uncomfortable currents of weird sexual tension occasionally rising to the surface.

Post leaves behind his wife Thelma, to whom he was married for 72 years, a remarkable achievement on its own, and two children, one a clinical psychologist and the other a Yale Law School dean, as well as two siblings and four grandchildren.

Do you feel this content is inappropriate or infringes upon your rights? Click here to report it, or see our DMCA policy.
Beneath the Planet of the ApesClint EastwoodMagnum ForceobituaryTed PostThe Baby