The top box office draw for fans of ridiculous action this week is undoubtedly 2 Guns -- a buddy action movie starring Denzel Washington and Mark Wahlberg. For a certain kind of viewer, the mere sight of the 2 Guns poster is enough to prompt an eye-roll. But for others, the thought of both Wahlberg and Washington hanging up their prestige pants for a mad dash through wisecracking shoot 'em up territory means nothing but tears of joy. Time will tell if director Baltasar Kormákur will deliver the goods, so stay tuned.

In honor of the impending, blessed union of Denzel and Wahlberg, let us take a look at some of the actors' most badass and ridiculous characters, and speculate as to what kind of crossover potential there might have been (or might be in the future? Hollywood, I'm available for script doctoring): 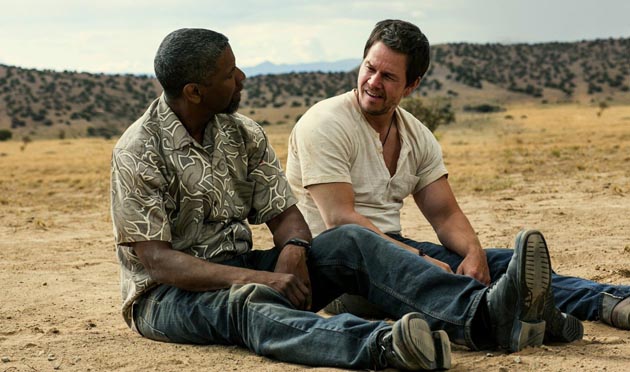 Both Washington and Wahlberg have dabbled in these types of winky, full-steam-ahead action romps before, but they’ve usually gone solo. For Washington, the prestige pictures came first: most of the 1990s and 2000s saw Washington as Hollywood’s go-to-guy for serious drama, especially in the realm of biopics. Wahlberg, on the other hand, had a rough road ahead of him, needing first to shake off the constant jokes about underwear ads and “Good Vibrations” before he was even taken seriously as a box office draw for bullet-riddled blow-outs like The Big Hit or Max Payne (after his oscar-nominated supporting role in The Departed, audiences and critics alike seem to have begrudgingly accepted that the former Funky Bunch frontman can actually chew scenery with the best of ‘em). 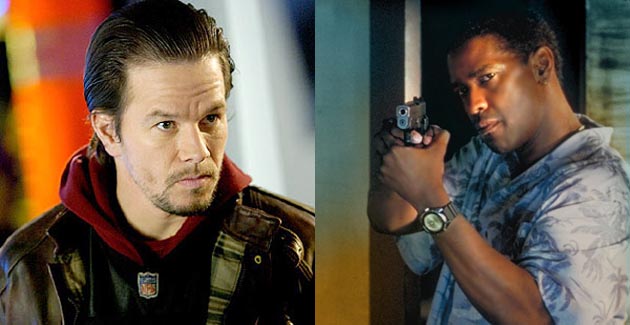 1. Matt Whitlock (Out of Time) and Bobby Mercer (Four Brothers)

Misery loves company right? In 2003, Washington played a haggard police chief wanted for a crime he didn’t commit, lost in a complex web of deception. In 2005’s Four Brothers, Wahlberg was the de facto leader of four adopted brothers seeking vengeance for their mother’s death at the hands of criminals and corrupt cops. If anybody could have made the Mercer brothers quest for truth and red-blooded revenge go a little more smoothly, it had to have been Denzel, who two years prior managed to extricate himself from a far more complicated and boozy plot. 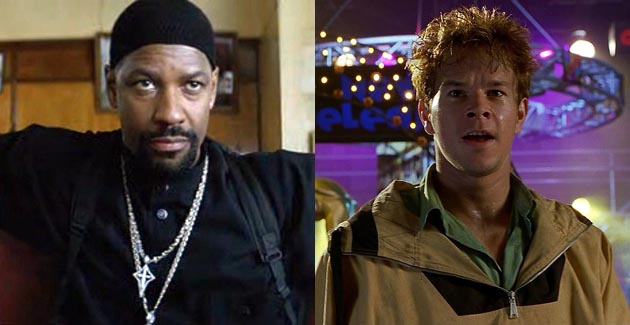 Oh, what a flick this might have been! Sure, Alonzo, “King Kong ain’t got shit on me” Harris and hitman Melvin Smiley may not seem to have much in common on the surface, but dig a little deeper and the similarities come into focus: both know their way around high-powered weapons, both have a soft spot for carrying on relationships with multiple women (to their eternal detriment), and both aspire to become bigger fish in bigger ponds, though Washington’s Harris is far more adept at making his bravado stick than the perpetually stressed out Smiley. Washington’s oscar-winning performance, rife with endlessly entertaining, profanity-laced tirades and salty aphorisms, would make the perfect foil for Wahlbeg’s wishy-washy assassin. The best part? The ending writes itself: Russians roll in and kill everybody. Boom, no loose ends. 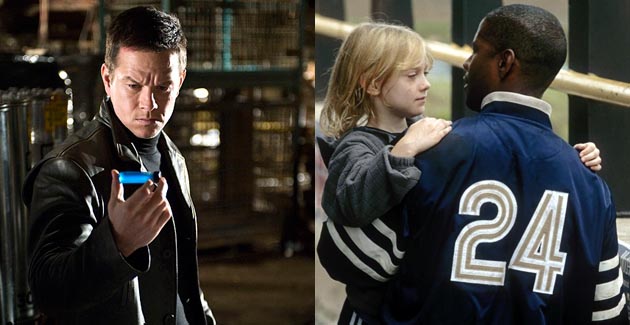 Did someone say, substance-abusing buddy cop movie? Why this genre has remained untapped for so long is a mystery to me. To recap, Washington’s Creasy, star of Man on Fire, is a former Special Forces operative working as a bodyguard in Mexico. He’s also got one helluva drinking problem. Wahlberg’s Payne is all the way up in New York City and his drug of choice winds up being a fictitious “super soldier” serum called Valkyr (side effects include hallucinations and feelings of invincibility). The other thing these two have in common? An unquenchable thirst for revenge. Sounds a little heavy, right? No problem: all we need to do is release two movies in each characters’ respective locales -- and the fish-out-of-water story writes itself. Max Payne brings a leather jacket to Mexico City! John Creasy doesn’t know how to use the subway! Hilarity and drug-fueled mayhem ensues. 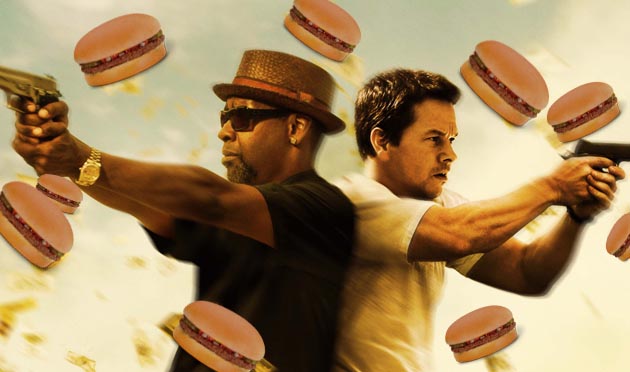 2 Guns might not come close to reaching the heights of beauty predicted in these three dream-team examples, but there’s one collaboration we might still see from Washington and Walhberg: a new culinary enterprise. Wahlburgers is never going to break out into the national chain marketplace unless some much needed variety is brought to the whole operation. Maybe Denzel knows his way around a smoker?

Do you feel this content is inappropriate or infringes upon your rights? Click here to report it, or see our DMCA policy.
ActionBright ideasDenzel WashingtonMark WahlbergMashups