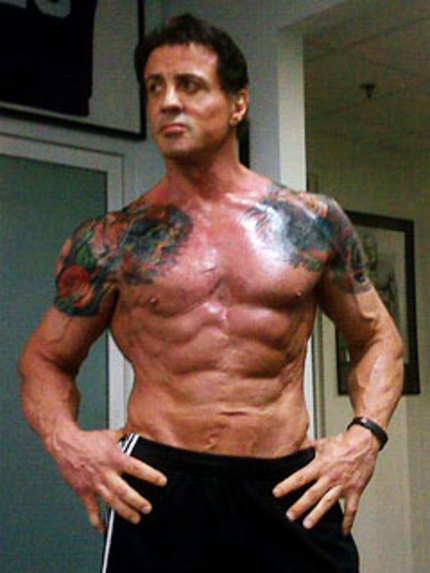 Sylvester Stallone will once again play Rocky Balboa, this time as a trainer in a movie to be called Creed.

According to Deadline, MGM has set Ryan Coogler to direct, and is in early talks with Michael B. Jordan to star as Apollo Creed's grandson. Coogler made his directorial debut with the powerful drama Fruitvale Station, in which Jordan gave a magnificent performance as Oscar Grant,

Stallone, now 67, is about the same age that Burgess Meredith was when he played Rocky's trainer Mickey in the first film, back in 1976, so this is a natural progression for the character and the series. The current regime at MGM is evidently on a mad dash to remake all the properties they own -- Robocop, Poltergeist, Red Dawn, Ben-Hur, The Incredible Shrinking Man, and so forth -- so it's not surprising that they'd want to continue the ever-popular Rocky series.

Fruitvale Station is such a strong, independent film that my natural inclination is to sigh and despair that another indie director is about to get sucked into the Hollywood studio death machine. The report from Deadline claims that Coogler originated the idea for a new installment of the series, and then got Stallone on board. To be fair, the premise of Rocky Balboa training the grandson of his old opponent-turned-friend Apollo Creed, played by Carl Weathers, holds a certain mount of potential.

Also on the positive side, Jordan showed in Fruitvale Station that he can absolutely deliver a stirring star turn, and it's great to see a new, young African-American director helming a Hollywood studio movie. Will the machine crunch up those dreams? Will Stallone's role remain in a supporting performance? As always, time will tell.

Do you feel this content is inappropriate or infringes upon your rights? Click here to report it, or see our DMCA policy.
Apollo CreedCreedFruitvale StationMichael B JordanRocky BalboaRyan CooglerSylvester Stallone